This set has been a long time in coming. It’s been shown some months ago, available to order on Amazon, cancelled on Amazon, then relisted. Links on MegaConstrux.com have been up for the set and taken down. The PDF instructions for the set were posted too. I have those, but have agreed to NOT post them online.

As yet though, no official release of this set has been made.

HOWEVER, rather than sit on these images, I want to show what’s out there and talk about this set. Since this set is still unreleased, images are to be considered prototype with the official set possibly being changed as well as the box art.

Okay, let’s start the preview, shall we?

First up is the box. It’s HUGE. Without this being listed as a Signature series set, it’s safe to say, it’s still in that category, unofficially. Note the piece count at 2,456. That’s one of the biggest Mega Bloks/Construx sets ever! 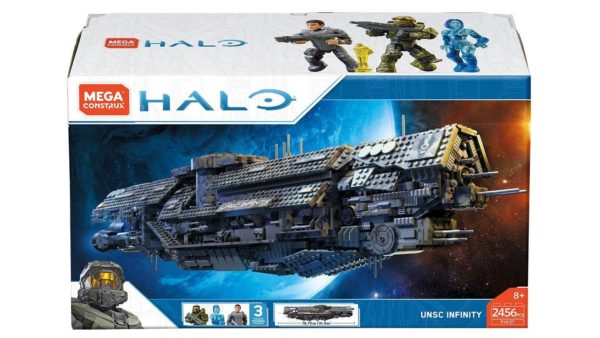 END_OF_DOCUMENT_TOKEN_TO_BE_REPLACED

Want to be a subscriber and post replies? Please e-mail at sal@halofanforlife.com. In the e-mail send me the user name you would like. I'll set up your account and give you a password. You can change it later. Please remember your password as I will be unable to retrieve it.