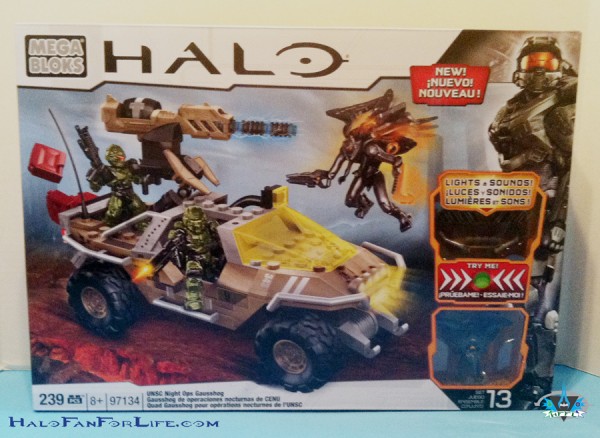 I’ve said it before, I LOVE this new white packaging design. Just looks so CLEAN. Makes the toys “POP” off the box better. What’s cool about this box is the window where you can try out the sounds of the hog, as well as get a look at the Lancer Knight included. 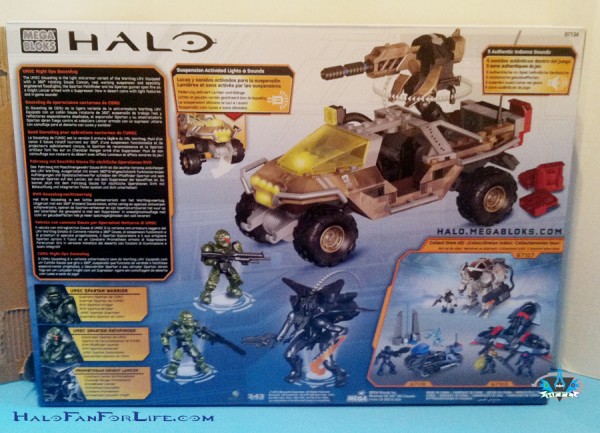 The back of the box shows off the hog and minifigures nicely. As well, all the text makes it clear what is included with the lights and sound features. 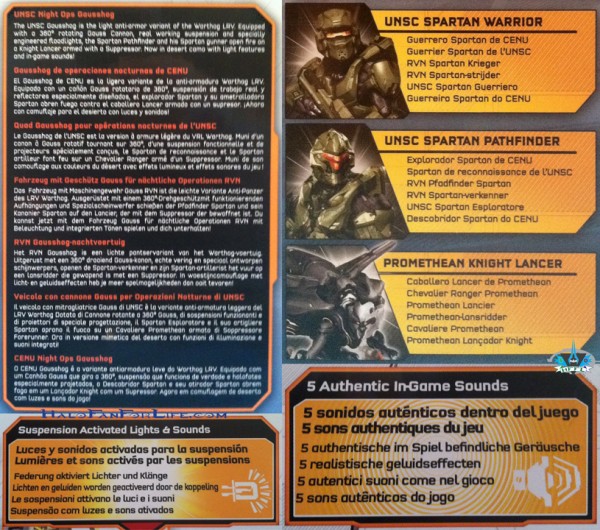 Here is a composite of some of that text detail closer up.

Here is what you get in the box. NOTE: Be CAREFUL with the tray that has the battery pack and Lancer Knight. Kids, get your parents to take that out. Adults, take it slow. No need to try and rip it out of there. You might damage the battery pack.

Here is the battery pack. I like that it’s molded into a functional blok that you can build on. As you can see the clickable button you could demo actually is taken out for assembly. Now you can choose to toss that button/wire away if you want. I think I’m going to keep mine and see if I can use it elsewhere…

Here are all the pieces sorted out. They do not take up too much space and given the fairly quick build they won’t be on your build table for long spread out like that anyway.

The first few steps in the build. At this point it’s much like previous Warthog builds. 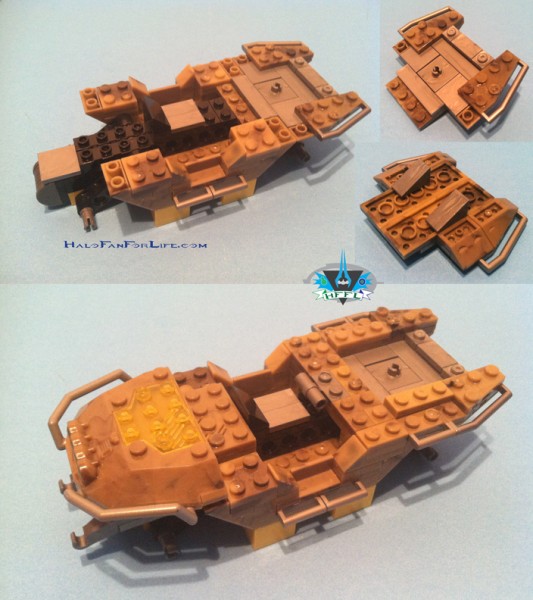 Some more steps along the way. See how that battery pack fits nicely? I will say that you may click the underside button of the battery pack and accidentally activate the sounds a few times while attaching that piece. I did…LOL.

Here the tailgate, “roof” and rooflight are assembled and attached. At this point it still looks nearly exactly like the other Halo 4 Warthog. (Reviewed here)

This is where the set finally diverges from previous Warthogs and with GREAT reason! Look at the massive Gauss Cannon! I LOVE IT!!! Well designed. Much more “meaty” than previous gauss cannons from previous hogs. 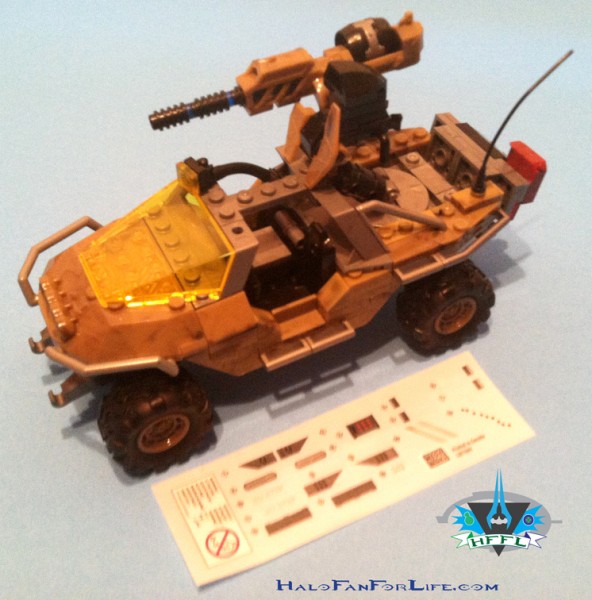 Here’s the completed set sans stickers. I RARELY add the stickers on my sets.  Just a personal preference I guess. 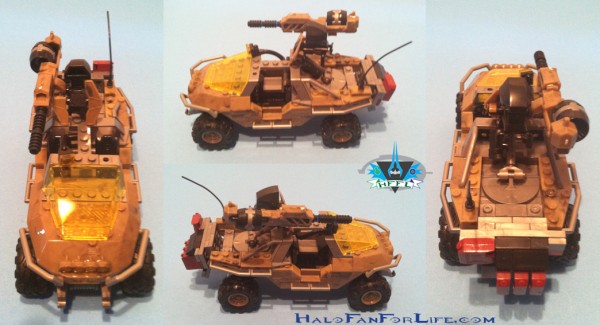 More views of this fantastic Gauss hog. I’m curious why MEGA called it a “Night Ops” Gausshog though? Their color for night ops is a dark grey. This is really more a desert Gauss hog. Ah well, nothing to fret over.

Here is the Spartan Warrior figure. This is the second version of this figure. It was previously released in the Mantis set as a dark grey color. (As reviewed here)

This is the first offering of the Pathfinder Spartan. Technically it shares that with the new Pelican as well, since they came out at the same time. The sculpt on this is superb! So much detail in such a small minifig. The helmet is SPOT ON! 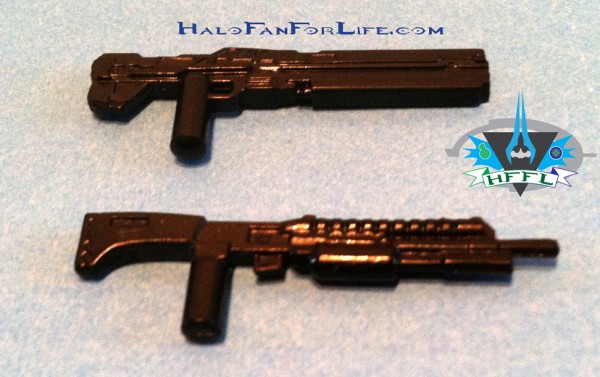 The two UNSC weapons are a little bland being black only. But that’s a very small nitpick. Given what else you get with the set, I’m totally fine with them.

The Knight Lancer is the second version of the Promethean Knight to date. The color of this knight is darker than the regular Promethean Knight that came in the Cauldron Clash set (reviewed here). It too has room for a Watcher (not included with this set) in it’s back. MEGA did a fantastic job of sculpting this Knight. LOVE that hooked sword! 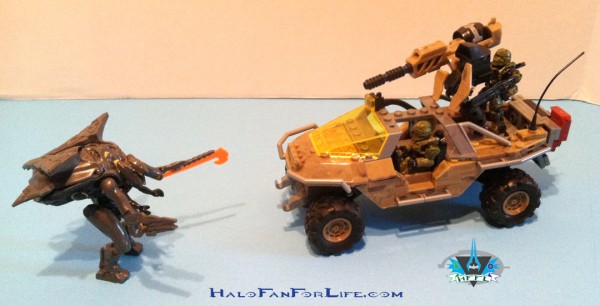 The full set. Looks like that knight is in for some PAIN!!!

Here are the left over parts. Couldn’t really make much with these. One has all the left over tan camo parts. So I’m calling that a rock formation with a withered stalk sticking out of it. The other Steel/Black leftovers I”m calling a Warthog “Jack.” So if you need to change a tire you’ve got the jack to lift it off the ground. 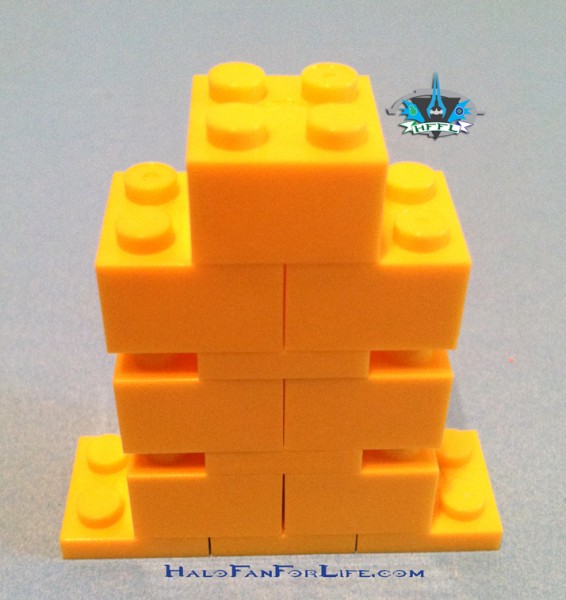 And finally the yellow “stablizing” bloks.

Summary: This set is quick to build with little or no difficulty. The lights and sounds work great and bring the warthog to “life.” Including a new version of the Promethean Knight makes this a must buy. The Gauss cannon is huge! I happen to like it, though it may be slightly out of proportion.

The price at $33 may seem a little high for the piece count. However, given the electronic features of light and sounds, I think it’s a decent value. Though maybe just a couple dollars less. $29.99 sound more appealing than $32.99. Listing something in the 20s as opposed to the 30s might be just enough to sell more units of this. Without the lights and sounds the set would likely have gone for $25. So $5-8 more for those features really is a good deal, IMO.

Overall Rating: I give this set 9.0 out for 10 medals. Only two things I’d change/add. I’d like to have a different Spartan than the Warrior. But it is in green, which I like the color of. The only other thing is I’d have liked a Watcher included with the Knight.

In the interest of full disclosure, MEGA Brands sent me this set. Other than agreeing to post this review within a timeframe of their choosing, the opinions expressed in this review are my own and have not been evaluated by MEGA beforehand. I give honest reviews regardless if I buy or am given the set. I know you folks wouldn’t expect anything less!