Games were played, people won, people lost. But enough of that, who are the eight who made it to the finals?

Look no further! 343 tweeted these pics showing the Elite 8 as well as their scores that got them into the finals: 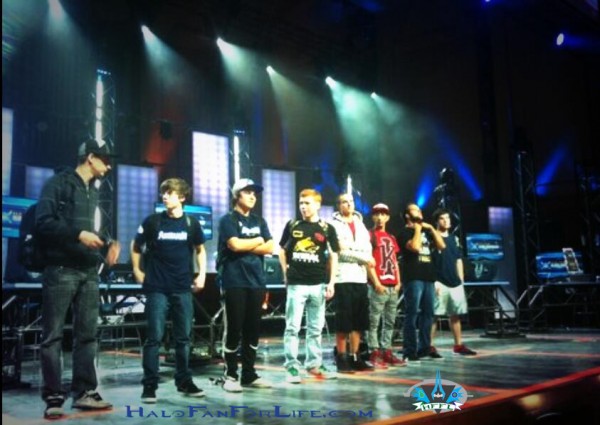 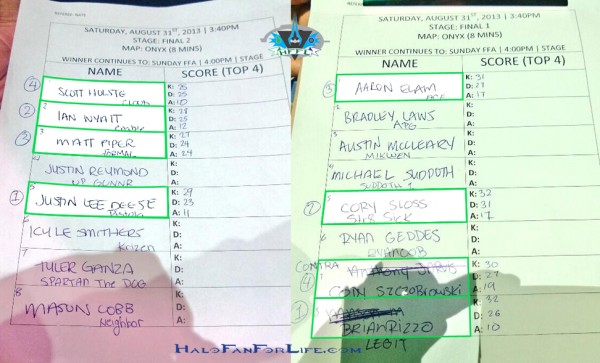 Here is that list in plain view, along with their twitter account links if you want to follow them and other pertinent websites, if available, (please tell them I sent you):
• Scottie Holste AKA “skhCloud“; @skhCloud; His YouTube
• Ian Wyatt AKA “enable“; @enable; Red Bull endorsement
• Matt Piper AKA “F0RMAL“; @F0RMAL
• Justin Deese AKA “iGotUrPistola“; @iGotUrPistola
• Aaron Elam AKA “lx Ace xl“; @MLGACE
• Cory Sloss AKA “Str8 Sick“; @TheRealStr8Sick; Twitch Stream
• Cody Szczobrowski AKA “Contra“; @Tha_ContrA
• Brain Rizzo AKA “LEGIT“; @BRIZZ_Legit

Heh, if I’m not mistaken, NONE of the finalists are form the RTX or Gamescom qualifiers, nor the online part of the competition. If that’s the case, then all were part of the Pro-player invitations. (Again, someone correct me here if I’m wrong.)

So where and when can you watch these eight players battle it out for the top prize of $200K? XBOX of course! Download the app on your XBOX 360 (there’s an ad for it on the main screen). Or watch it on HaloWaypoint.com. Tune in starting at 7pm ET/4pm PT. Besides all the gaming there will be reporting from Major Nelson (Larry Hyrb) and Jessica Chobot, muscial acts and MORE!

Bravo and GoldenBoy will be commentating the event.

I’ll be watching this all then immediately there after recording the next Spirit of Fire Podcast which will feature heavily on the finals.

So tune in folks to the stream on XBOX. Then, tune in tomorrow for the podcast!