Getting back to the business of Halo though, we have this week’s Matchmaking Playlist Update.

First great piece of news is that the Majestic Map Pack that is currently required to play Team Slayer is going to be taken out, due to feedback Waypoint received. YES! Hopefully all of my bicthin’ and moaning er…criticism and suggestions, helped change that. See folks, it DOES help to let 343 know what you want! The effect takes place this coming Monday.

More playlist news includes the next gametype coming in the rotational playlist: Oddball

Within this gametype will have Halo 4’s Oddball as well as Legendary Oddball. Legendary Oddball is BR starts, with ONE static ball spawn. So whether the ball is scored or played off the map, you KNOW where the ball will spawn next. As well, there will be a THIRD option. Stickyball

Stickyball will be Sticky Detonator starts with Plasma Grenades. This screams Action Sack which is something 343 will be monitoring during this next 2-week period of Oddball in the rotational playlist. This to see if this next alternate gametype is voted on, as well as feedback for it.

Spartan Ops will be Episode 5 with the 3 skulls being activated for this episode. Those being: Grunt Birthday Party, IWHBYD, and Mythic. If you haven’t played Spartan ops in awhile, I highly suggest it. Having that Mythic Skull on definitely makes SpOps harder/challenging and in my opinion more FUN. 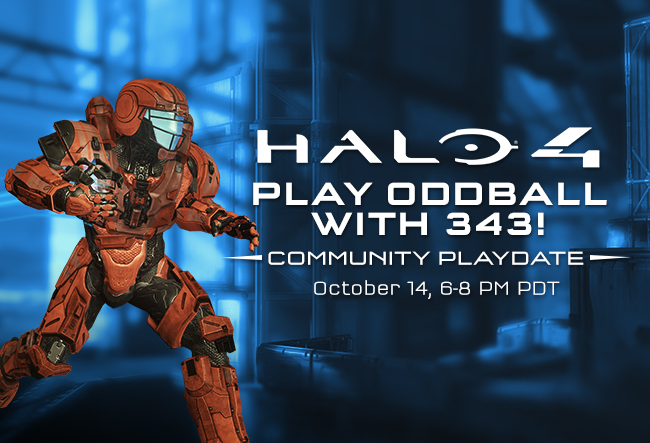 To celebrate the return of Oddball as the featured playlist, members of the 343 Industries team will be heading into the new playlist for a Community Playdate. If you’d like to get in on the action, be on the lookout for the following Gamertags:

B is for Bravo
bs angel
HaloWaypoint

They’ll be searching in the Oddball playlist from 6-8pm PDT on Oct. 14.

Team Throwdown, our premiere competitive playlist, will be updated to GH057ayame’s tournament-community-standard “v5” settings this coming Monday. Extensive testing went into the updated maps and game types, and the list of 11 map / game type combinations now looks like this:

On the heels of this comes an interview with Ghost himself, copied in full here:

In the new Team Throwdown settings, there have been updates to spawns, weapons, and more, so I grabbed GH057ayame and picked his brain a bit. Get comfy, because this guy can talk.

Hey, GH057ayame! Version 5 of your competitive Halo 4 settings are coming to Matchmaking next week. What are some of the biggest changes?

GH057ayame: Hey, Bravo! I am excited to see the finalized release of my “v5” settings hit the Team Throwdown playlist next week. We’ve implemented some pretty big changes that improve the playlist. For starters, almost every map variant in the eight-map rotation has received a new spawn system overhaul, so definitely be on the lookout for some new scenery. Next, you’ll notice a new weapon in the playlist – the Concussion Rifle! [Bravo edit: The Concussion Rifle is Halo 4 Global Championship approved]. This weapon has proved to be very demanding in terms of technical skill as well as smarts. I’m eager to see how top competitors will fare with this newly added gun.

You’ll also notice a few new maps appearing in the voting slots – Pitfall and Vertigo. Pitfall is of course a classic, and Vertigo was the asymmetrical map that we’ve needed as a community. Last, but certainly not least, players will have the option of Ricochet in the voting selection.

I’m personally unbelievably excited to see Ricochet played in tournaments. What about the game type specifically made you want to add it to the official list of game types?

GH057ayame: Well, before release, I perceived Ricochet to be a solid new and fun game type that somehow rolled Halo, Grifball, football and basketball all into one formula. I knew it would be a hit, but I didn’t see the competitive side of it at first. However, when I finally got my hands on the game type, I knew that it had the potential to be a hyper-competitive game type, even more than some other classics.

One of the biggest reasons I like the game type is the customization options. After messing around with the options for quite some time, I finally decided on what the competitive community would enjoy. Thankfully, I was already privileged enough to see some of the professional Halo players compete on this game type, and needless to say, it was exhilarating.

Ricochet has been added on Simplex and Pitfall. What about these two maps made you choose them?

GH057ayame: Well, each potential map variant went through extensive Forging and testing before even being considered as a possible option. Nevertheless, I wanted to keep the game type as close to the original as possible. I didn’t want to alter the scoring, the goal zones, or even the ball’s respawn point in an attempt to keep it native to original Ricochet. I also wanted to ensure that our competitive community played on map variants that were already in the standard Ricochet playlist.

Therefore, we ended up testing quite a few maps for our rotation – Pitfall, Haven, Dispatch, Onyx, Skyline and Simplex. At the end of the day, Pitfall and Simplex came out on top. These maps required unparalleled coordination and timing in order to win the game. They also provided very consistent and very fair spawn systems for Ricochet – a seemingly hard task to accomplish.

Slayer on The Pit was a game type in Halo 3 that always played differently – sometimes it was incredibly fast paced, and other times it was a standoff. How do you expect Pitfall Team Slayer to play in tournaments in Halo 4?

GH057ayame: Honestly, I anticipate seeing a similar turnout for Pitfall as well. During any competition, Team Slayer games can come down to the wire, and consequently, teams will hold back to create a “standoff.” Whether it’s Onyx or Abandon, when money and pride are on the line, players have a natural tendency to start backing off in order to take a more calculated approach. I expect no different when it comes to Pitfall Team Slayer. Even though the sprint mechanic will incline some players to rush when making plays, good timing and positioning is always rewarded accordingly.

GH057ayame: This was one of the harder decisions that I had to make this time around. I was forced to look at these two game types very objectively. Did I want to lean more towards the fast, Battle Rifle-reliant, Skyline Team Slayer? Or the premeditated, asymmetrical Vertigo Team Slayer that tests players’ weapon control and map movement? Eventually, I looked at the other 10 game types that I had in place and decided to move forward with another asymmetrical map for Team Slayer. This unique dynamic truly gives players the chance to come back from a substantial deficit as long as they control the power weapons, power-ups and power positions correctly.

Any other things that fans should know about when the new playlist comes out?

GH057ayame: Definitely! I’m particularly pleased to inform everyone that they will be witnessing a new voting format when it comes to the Team Throwdown playlist. The first voting slot will be filled with an objective game type, the second slot will be filled with a Team Slayer game type, and the final voting slot will be a random game type chosen from the list of game types. This approach will now provide players with consistent voting options for the longevity of the Team Throwdown playlist.

Thanks for joining us today, GH057!

(HFFL: I think this was a great interview and shows Ghost’s passion for Halo’s competitive community.) 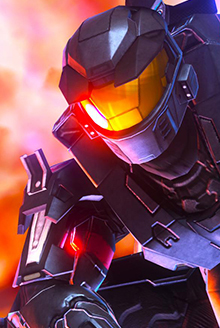 From October 16th – 31st, Halo 3 will be free for all Xbox Live Gold members as part of Games with Gold! Announced at E3 this year, the Games with Gold program gives every Xbox Live Gold subscriber two free Xbox 360 games per month until the release of Xbox One. If you haven’t yet played Halo 3, would like to relive the campaign, or just want to play some multiplayer, head to the Xbox Live Marketplace to download.

We are thrilled that fans are being introduced to the precursor to Halo 4, and excited that new players may have a chance to learn about (and play) Halo through this program. Due to the limitations associated with legacy tech, we will not be consolidating or changing the playlist layout for Halo 3, but are working closely with Xbox LIVE to ensure that players have a great experience with the Games with Gold program.

If you have questions about the current Halo 3 playlist offerings, DLC, and more, head over to the Halo 3 FAQ.

And finally as almost always we have the Screenshot Spotlight. This week’s subject? FORGE.

There are several in this week’s spotlight that I personally like. Here they are: 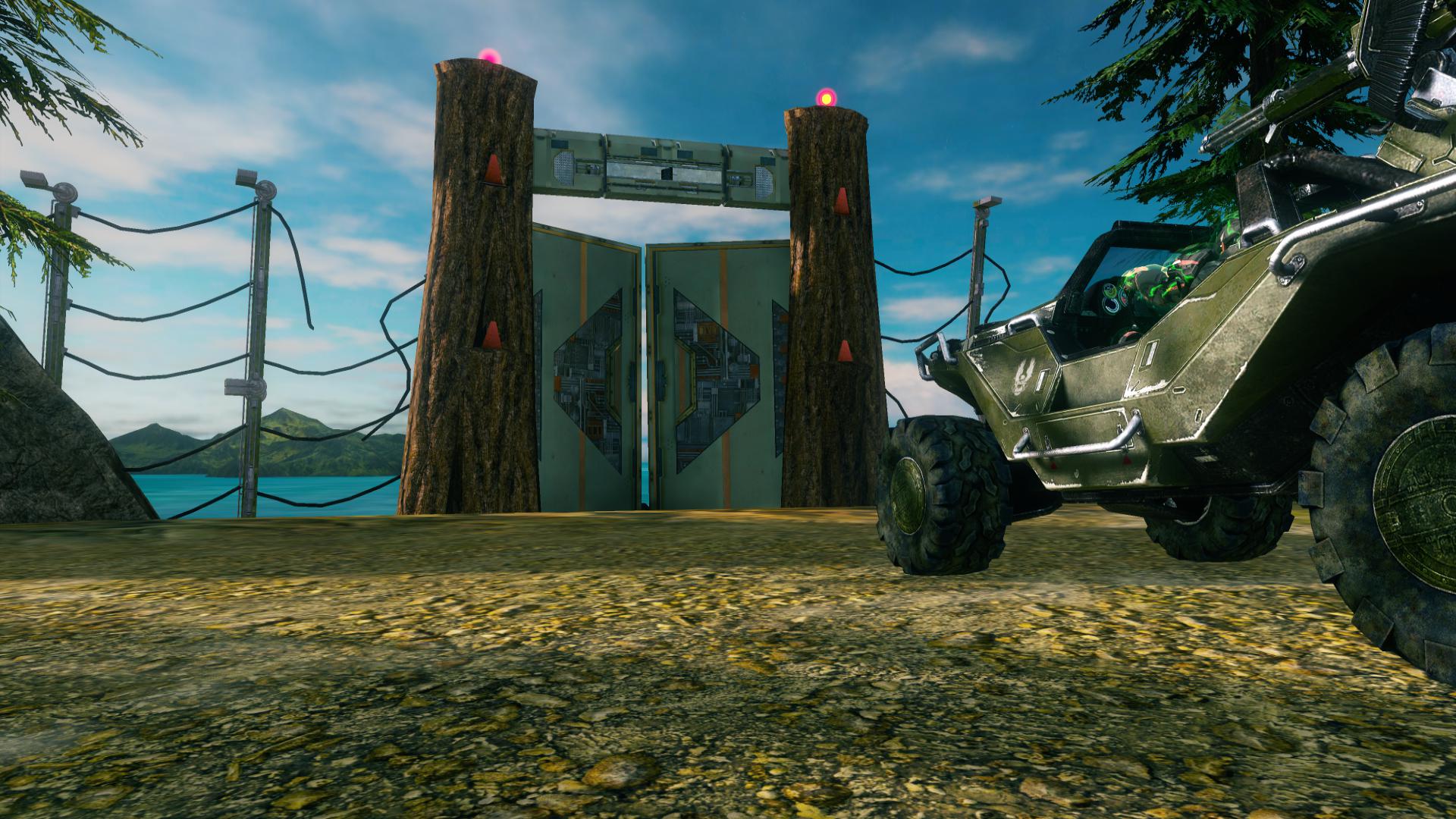 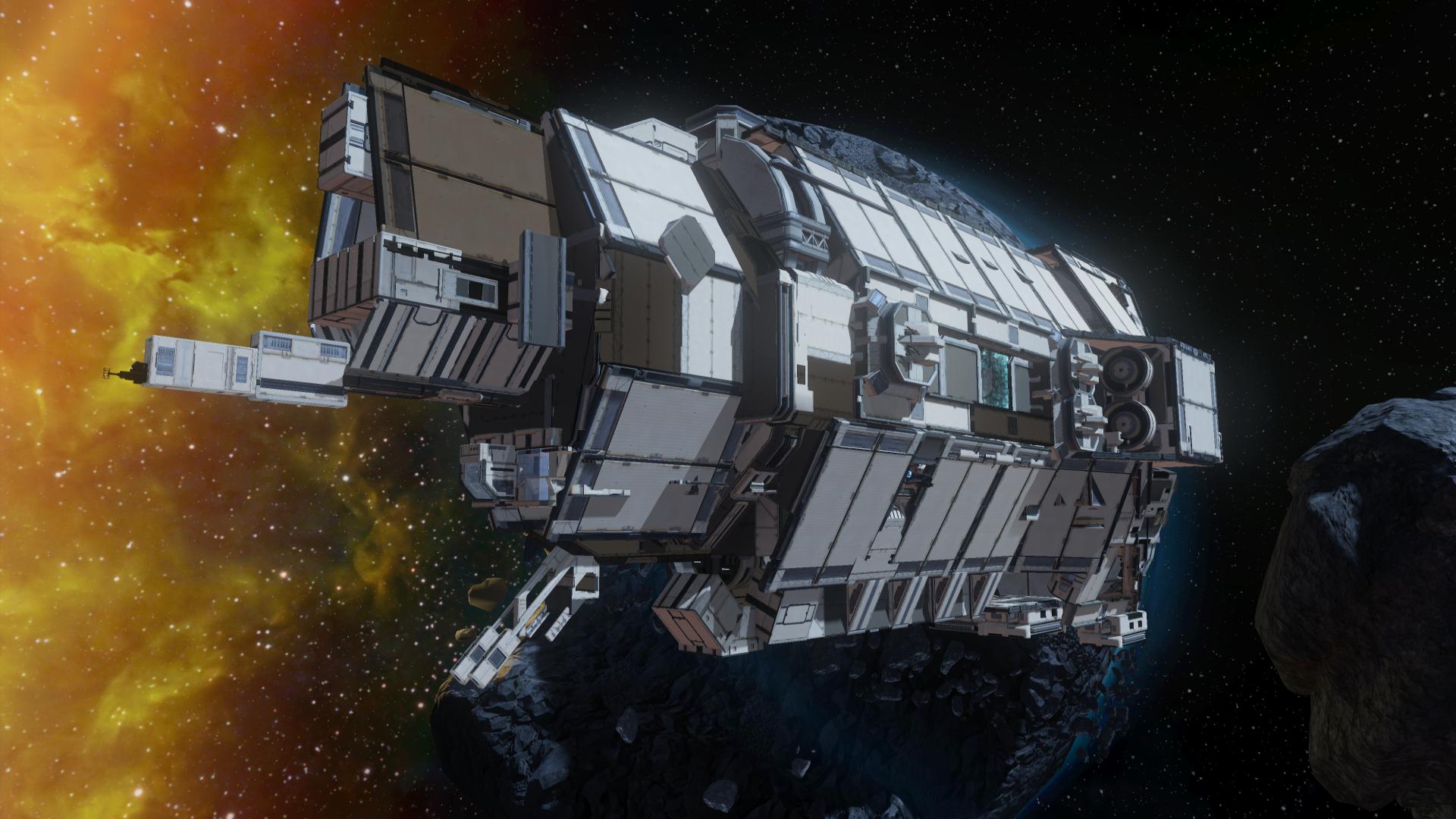 pillar of autumn by PAULTHEARTIST 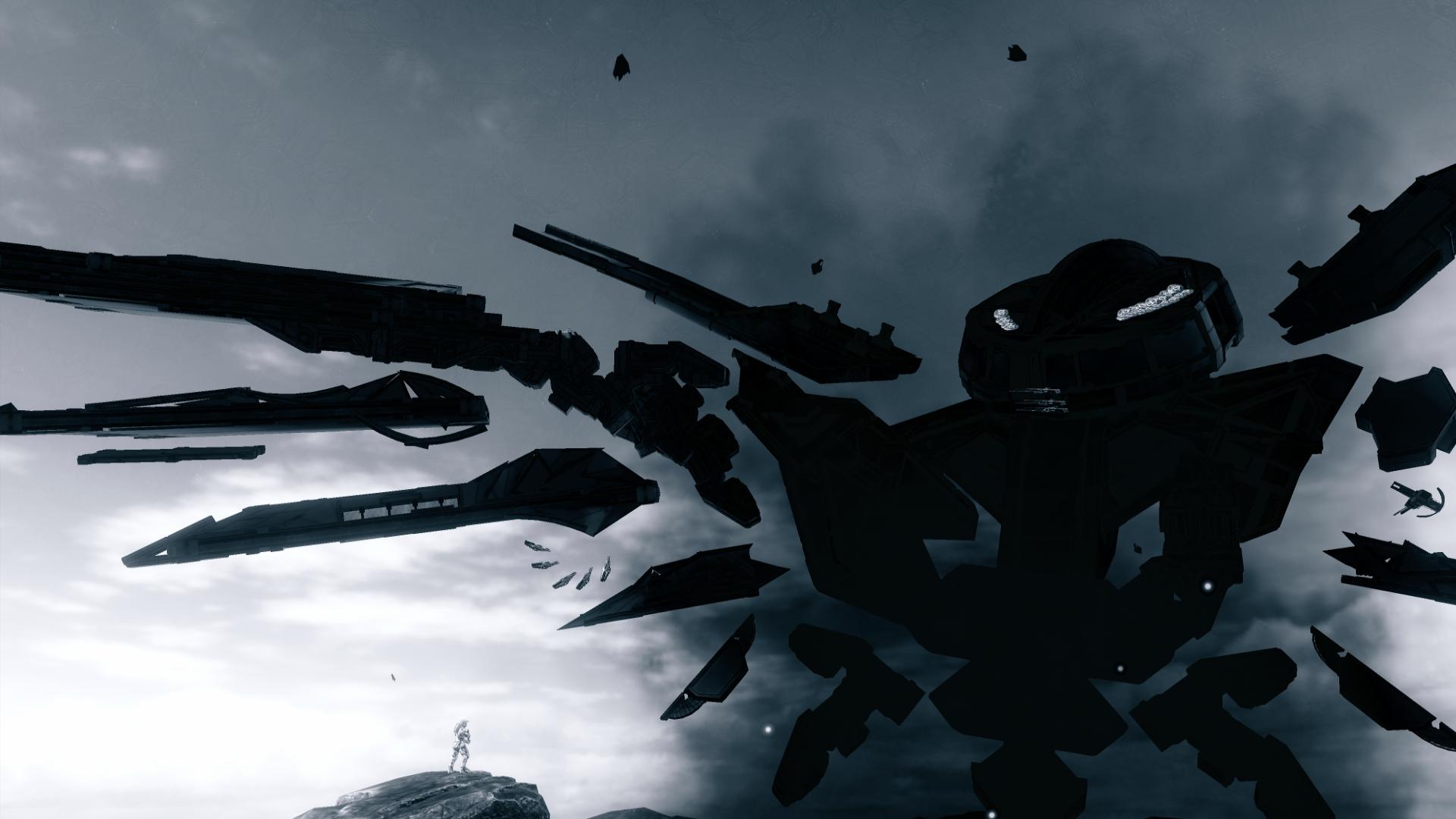 To read the full bulletin (which honestly, I covered just about all of it this week anyway), you can always go to the official site’s post, HERE.