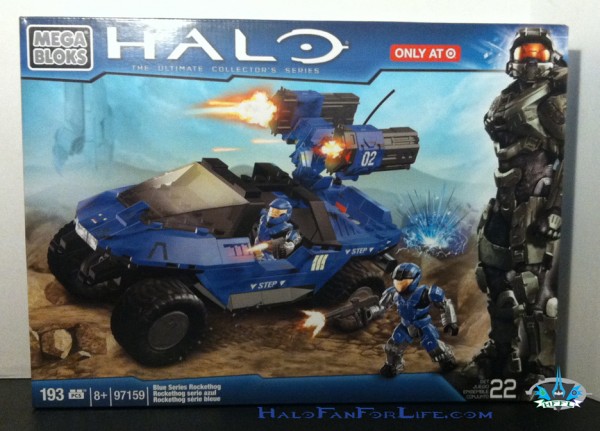 This set is part of a small “Blue” series. In particular it’s the rockethog. This version is no different than the one that came with the AA Turret VS Rockethog set, other than it’s BLUE color instead of the normal green. That said, it’s a good build! 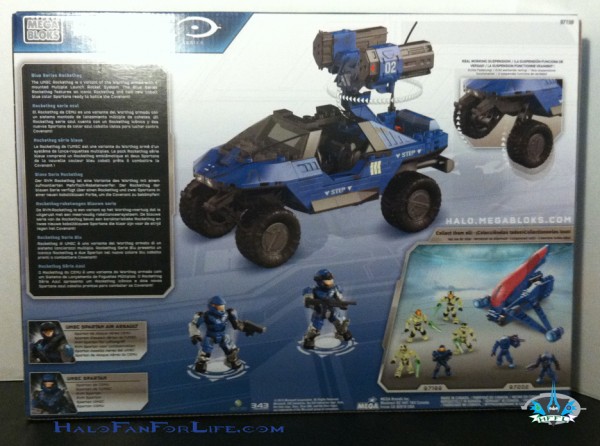 The back of the box. This shows one of the other “Blue” sets in the form of the Banshee. 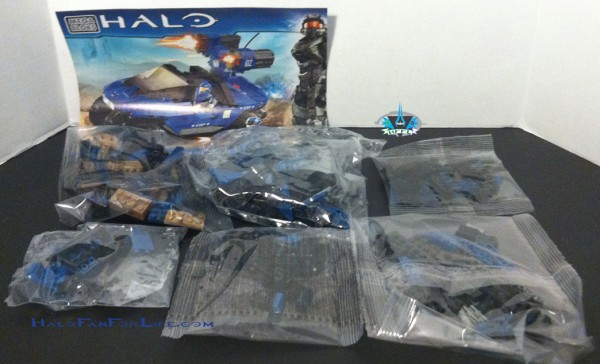 The contents of the box.

The pieces all sorted out. Good mix of black and blue pieces here. And those tan camo…we’ll get to those later. 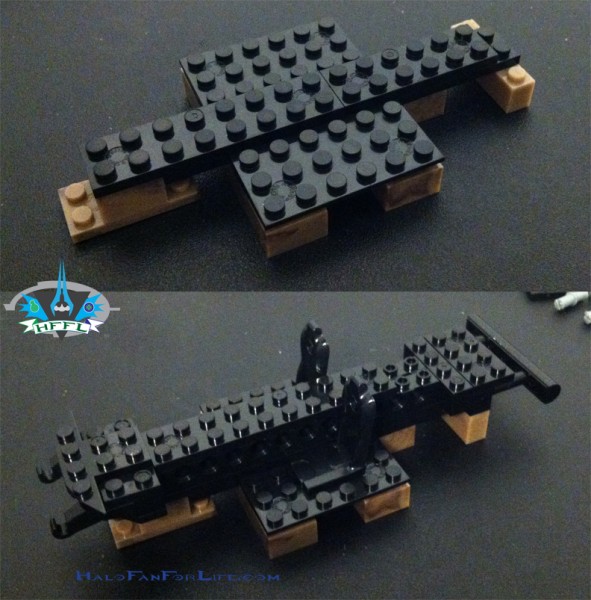 Well, it’s later, lol. The tan camo pieces are being used to prop up the model while building it. What’s great is later on when they are taken off then can be used as ground pieces! GREAT choice there by Mega Bloks to do this. I like them better than solid red or yellow as we normally get. Anyway…the above photo shows the chassis being put together. 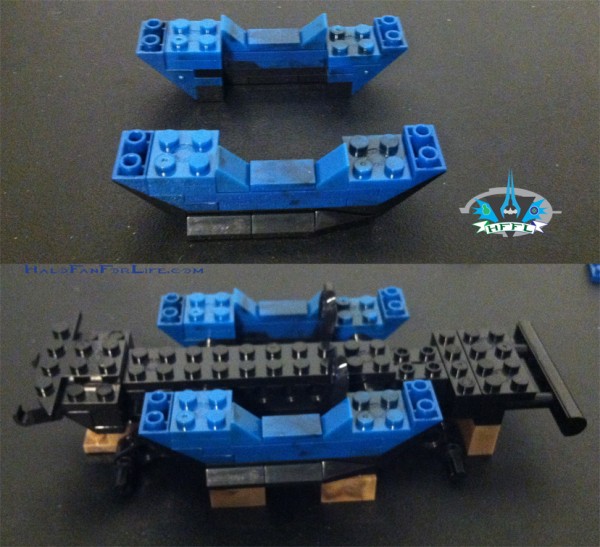 The sides of the hog are assembled and attached. 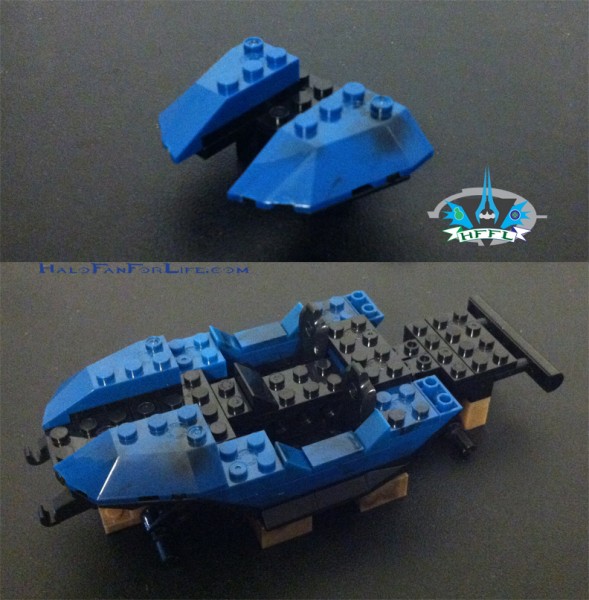 Part of the front end assembled and attached. 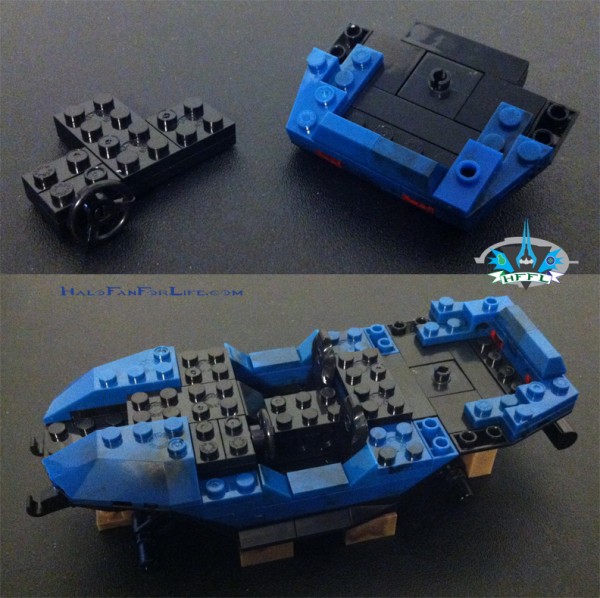 Here we see the steering column, console and back end assembled and attached as well. 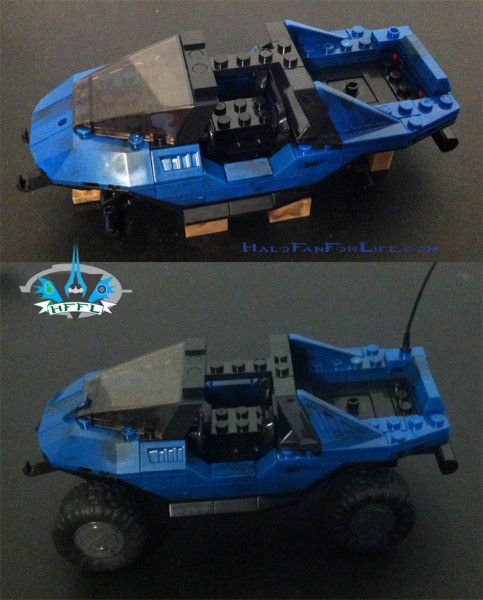 The windshield and rollbars attached. Then the wheels. We have a hog, but not yet a ROCKET hog. At this point, you could stop if you wanted to keep this as a civilian warthog, which I almost did. 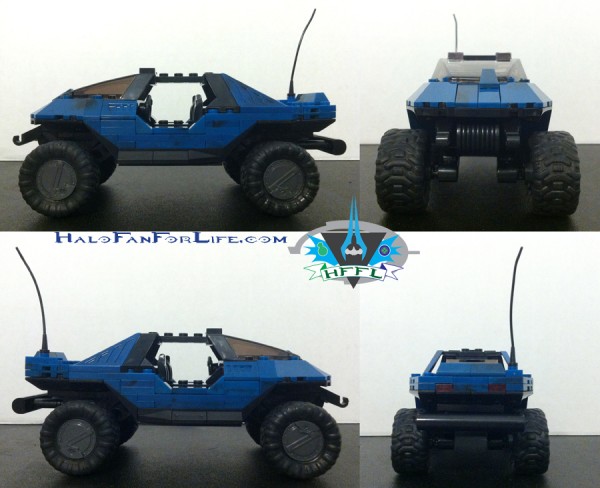 The orthogonal views of it, sans Rockets. 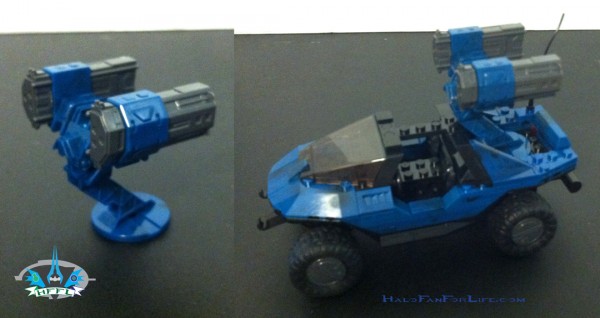 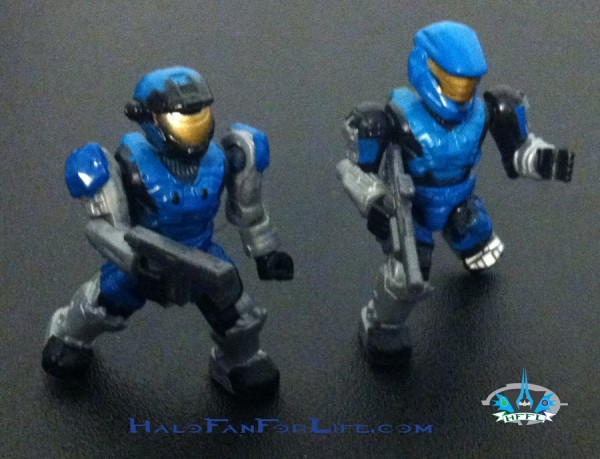 Here are the two minifigs you get with the set. If you missed the previous blue Air Assault and want one to be “Kat” from Reach, then this is a good alternative, even if the blue is darker than her actual armor color.

Orthogonal views of the figures. 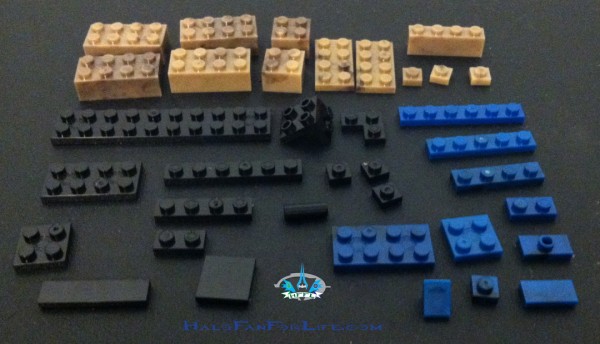 As usual, Mega gives us plenty of leftover pieces.

At first I made a rock formation with the tan camo, then made a simple wall with them. Again, kudos to Mega for choosing to use that color of blok instead of a bland solid color.

Finally, I took the remaining black and blue pieces and made a slanted mechanics lift, so a UNSC engineer could work on the hog if needed. The blu cross bar on the lift holds the hog in place.

Summary: This set takes a very short time to sort and build. While it’s an older design (as in older than the Halo 4 style), it’s still a great design for the hog. We’ve only had the rocket hog of this variety once before, so I’m glad to see it back in rotation. Also, it’s the first time we have it in blue. The build is solid and the figures look great! The value is decent. If you break it down, minifigs cost about $3 each in those single packs. This leave $14 for the hog itself, which I think is definitely worth it.