This set is marked as having 47 pieces, many of which are tied up in the minifigs themselves. It’s a simple set with one glorious minifig among the others.

The pieces for the armor crate/display are simple enough and repeated for other armor sets, but in different colors.

The minifigs included are two grunts, one of which with the two pronged methane tank and the other the normal tapered tank. They are of the new larger grunt design and look fantastic.

The real prize of this set however is the Elite, or rather the Honor Guard Elite pieces. You can take a non-descript Red Elite and make him a pseudo Flight elite by switching heads, or as most of you will likely do if you get the set, make him into the most awesome Honor Guard Elite. I have to say that Mega really hit this one out of the park. The Honor Guard is very well done and begs to have a second one next to it for extra guard duty.

The value of this set is actually pretty good considering you get the two grunts in the new larger style, and the Elite with the extra Flight helmet and Honor Guard pieces, not to mention the Armor crate/display pieces.

I really encourage those who like to army build to get this set and in multiples. Even if army building is not your thing, this set is nearly worth it alone for the Elite Honor Guard and I wouldn’t pass it up. It’s definitely going to be a hard to find set in the future.

Now here are some pics from the set: 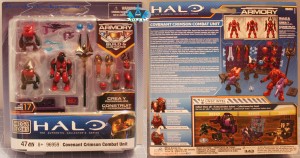 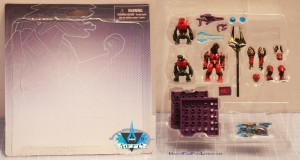 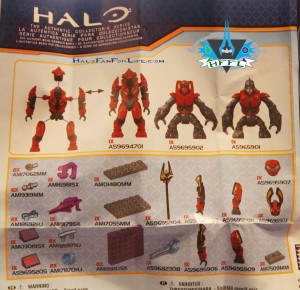 The armor crate (though I chose to go off plan here and make it my way instead): 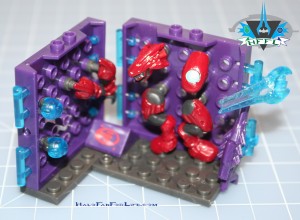 And finally the creme de la creme of the set, the Elite Honor Guard: