This set has 53 pieces, most of which pertain to the minifigs. The pieces for the armor crate/display are simple enough and repeated for other armor sets, but in different colors.

The minifigs included are two marines that are the same except the heads and a Spartan that you can customize to be an EVA or CQB or Scout.

I find myself wanting to get at least two more of this set so I can have one each of the spartans and along the way pick up some extra Marines. While I do not think this set is as good as the Crimson Covenant combat unit set, it’s still a very worthy purchase.

As with the covie set, I chose to go away from Mega’s build for the armor display and make a sort of crate instead. I’m not going to display the extra bits of armor. So, by building the crate, I have the pieces in a more compact area that can store easily.

The value of the set is good, but again not as great as the Covie set in my opinion. The reasoning is that we have already had marines, EVAs, and CQBs. Having just the head and arms of a Scout does not make up the difference in what use to be the purchase prices of 4 figures. So the value is good, but not great.

And now onto the pics: 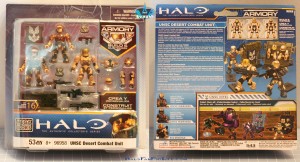 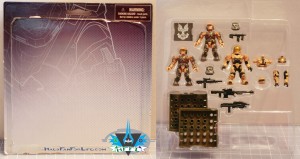 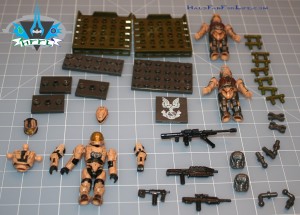 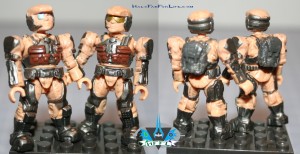 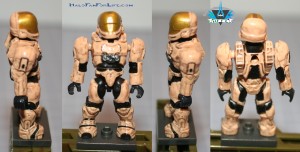 The crate takes form and my final version of it: 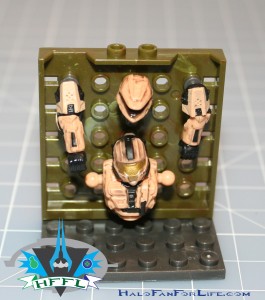 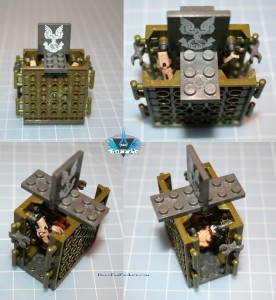 And the set as a whole: 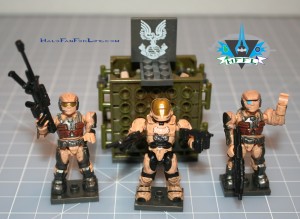 Again this is a good set. Certainly if you’re building a desert scene these will fit in nicely. In fact they fit in very well with the recent Wal*Mart exclusive set that had tan marines and a spartan. So this is a nice way to bolster that squad.