Bravo writes this week’s bulletin. A little talk about cupcakes then on to the Halo stuff. 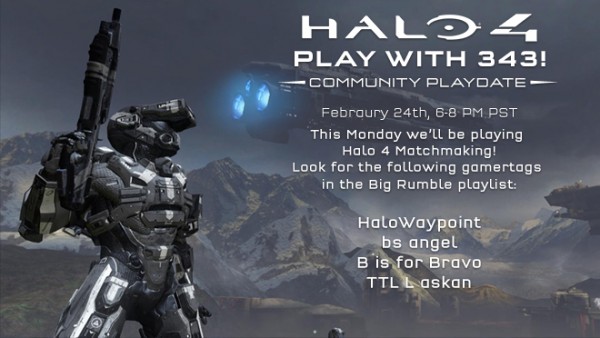 This coming Monday, the 343 team will be hopping into Matchmaking. Normally, we enter as a team, and this results in a mix of wins, losses, and good times. This month’s community playdate, however, will be slightly different. We’ll be heading into the Big Rumble playlist, which means we’ll be split up and playing against each other as well as many of you on Monday night from 6-8pm PST. This will likely result in interoffice arguments, bragging, and emailing one another screenshots of Post Game Carnage Reports on Tuesday, which means it’ll really just be like any other Tuesday. Unsurprisingly, bs angel is already telling me how badly she’ll be beating everyone come Monday.

We hope you’ll join us in Matchmaking on Monday evening! Look for the following gamertags:

HaloWaypoint
bs angel
B is for Bravo
TTL L askan

On Monday, Big Rumble premiered in Matchmaking, with the Community Choice Poll-winning Quick Draw available in the voting options. The playlist features 12-player Free-for-All for the first time in Halo 4 Matchmaking, and will be around until March 3rd. Next week, we’ll have some details about Medal Madness (coming 3/3) but today, we’ve got another opportunity for you to vote on which game type you’d like to see added to Halo 4 Matchmaking in our next update.

For this week’s Community Choice Poll, we’re asking which throwback Rumble Pit game type you’d like to see added to Halo 4’s playlist. We’ve got three options that may take you down Matchmaking memory lane, so let the nostalgia kick in and vote for your favorite in the forums.

Rumble Snipers
Players are equipped with UNSC Sniper Rifles, Magnums, and dreams of headshots and Snapshots.

Rumble Swords
Be quick, nimble, and for goodness sake, watch your back.

Head here to vote on the Waypoint forums where voting will be open for approximately four days. Next week we’ll announce the Community Choice winner along with the Matchmaking Update!

HFFL: I’m torn here. I’m not one for sniping. Rockets are too powerful, yet might be fun. There’s already an all sword game in Action Sack called “Clang of the Hill.” So I think I’m going to pick Rockets just for the ‘SPLOSIONS!

The next time you log into Halo: Spartan Assault on Xbox One, you will be prompted to download a content update. This update improves general stability and also fixes several reported bugs. We’d like to thank you for your feedback, which led to many of the fixes in this update. The full breakdown of what is included is below:

Screenshot Spotlight: Magnum
HFFL: There are some nice screenshots in this week’s spotlight. I liked the following two: 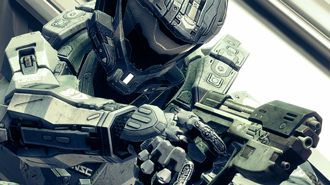 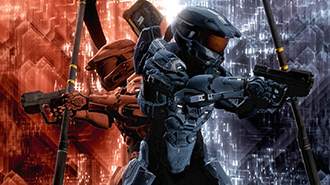