The following is a reblog of an article from the verge.com, written by Tom Warren. 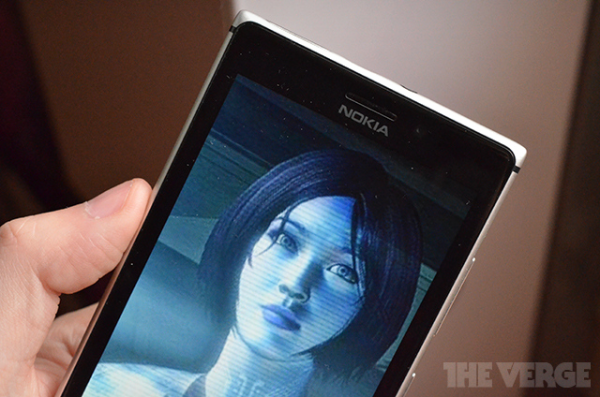 Microsoft has been in a state of “shut up and ship” with Windows Phone for more than a year now. While the company has released a few minor updates to Windows Phone 8, its feature set hasn’t changed significantly from when Microsoft first introduced the mobile OS in October 2012. The software giant refuses to discuss or acknowledge an upcoming update, Windows Phone 8.1, but a recent software development kit leak has highlighted the huge number of feature changes that will arrive in the coming months and put Windows Phone more on par with iOS and Android. One of the main feature additions is Cortana, a personal digital assistant named after Microsoft’s Halo game series.

Cortana first emerged after a Microsoft employee lost a phone running Windows Phone 8.1last year. Sources familiar with Microsoft’s Windows Phone work have revealed to The Verge that Cortana will replace the built-in Bing search feature, which is currently launched through a dedicated hardware key, and acts as a digital assistant with a mix of Siri and Google Now functionality. We’re told that Cortana will take the form of a circular animated icon with the hue of your selected Windows Phone accent color, and will have a personality not dissimilar from Apple’s Siri. Cortana will animate when it’s speaking or thinking, and bounce around or frown with “emotion” depending on the queries involved. Cortana will be backed by data from services like Bing, Foursquare, and others to give it some of the contextual power of Google Now.

Central to Microsoft’s vision for Cortana is a Notebook feature that will allow Windows Phone users to control exactly what information is shared with the digital assistant. Notebook will allow the Cortana digital assistant to access information such as location data, behaviors, personal information, reminders, and contact information. We’re told it’s designed as a privacy feature to ensure Cortana doesn’t freely access information without a level of user control. While Cortana will learn things about users, it won’t store them in the Notebook without asking you, and any information that’s stored can be edited or deleted. Cortana will then use this information to provide answers to search queries by voice or text, and provide suggestions, alerts, and reminders. Cortana could greet you by name and ask if you need help or answer questions, much like Siri.

Through search queries and just general phone usage, Cortana will learn more about a user and offer to store personal data like home and work locations and general interests in its Notebook. Cortana will also react to messages or emails that contain phrases like “let’s meet tomorrow at 8PM” and ask if you’d like to set up reminders or calendar entries. Cortana can also provide guidance on weather, stocks, directions, appointments, and music that’s contextual based on location and other data. As Cortana is a digital assistant, it will also be able to manage a do-not-disturb feature, similar to iOS, that’s designed to mute notifications. An “inner circle” of contacts will allow Cortana to manage notifications and phone calls during “quiet hours” when notifications are muted.

Although the initial Cortana digital assistant that will ship in Windows Phone 8.1 will have a lot of capabilities, Microsoft will need to extend it to third-party apps and its Windows and Xbox devices to improve its functionality in the future. The real test of Cortana will be how well it works with voice commands and its ability to understand natural phrases and questions. Microsoft’s recent voice work with Xbox One is impressive, but it also requires that you follow a strict pattern of commands for it to work successfully. Microsoft will have to ensure Cortana is at least as good as Siri for the company to position this as a full personal digital assistant.

HFFL: Man, I SO wish I could afford this. I’d LOVE to have a phone with Cortana as it’s A.I.

Do you have a Windows phone? If not, might you get one, since it will have Cortana with it soon?