Okay, this set isn’t new per say, as it’s been out at retail for some time. However, it is the first time I’ve purchased the set, so it’s new to me from that perspective. 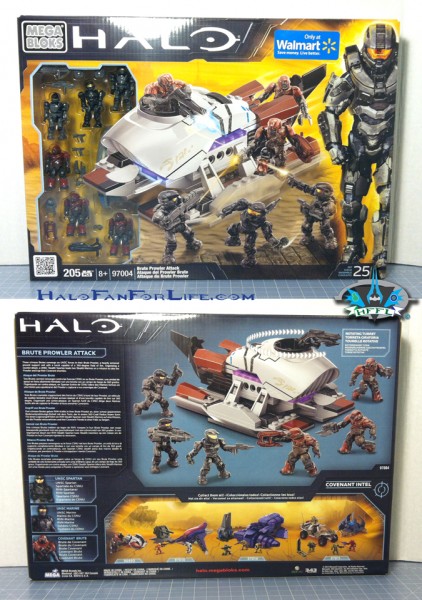 Again, this is an older set, that I hadn’t yet picked up. That’s why it has the older packaging look to it. Still, it’s very nice. The box window shows the figures off very nicely, as does the back of the box. 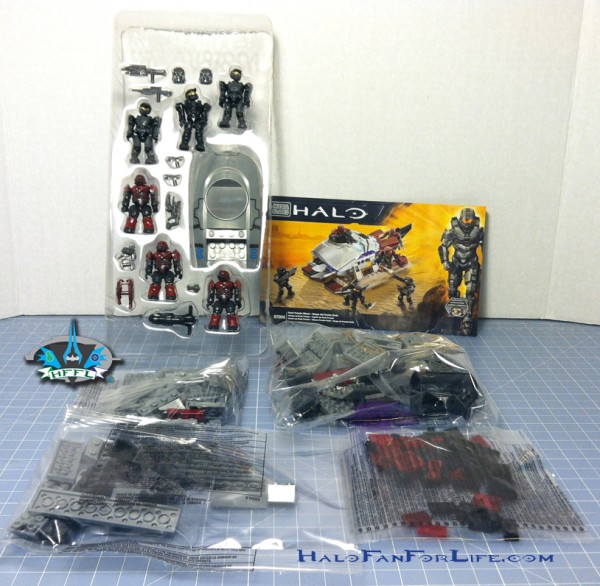 Above shows the contents of the box. 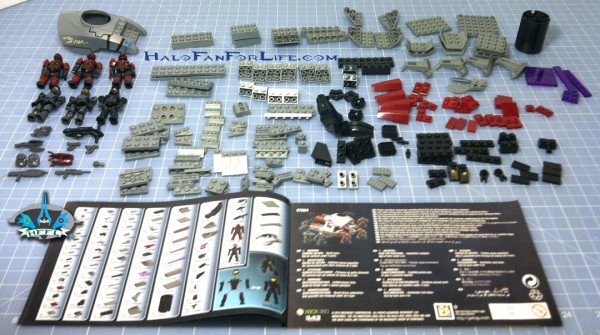 Here are the pieces sorted out.

Now we’ll move on to the build of the Prowler.

The body in it’s initial first 10 or so steps. I like those translucent purple pieces. Then again, you folks already know I probably would.

From there the body’s shell is added. Already it’s looking like a Prowler.

Here we see both skids. To the left in their first few steps and to the right they are completed. I actually built these at the same time. Knowing the skids were mirror images of one another, it was very easy to assemble from the directions, but in mirrored fashion for the second one.

The skids are added to the body. Far right shows the addition of the plasma turret and drivers seat. Of note, that drivers seats is easily removable as it plugs in via a cylinder on the seat that is inserted to a hole at the back of the body. At this point the ship is done.

Let’s take a look at the minifies that come with the set. 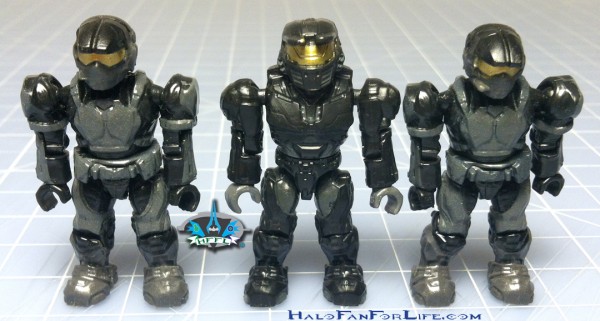 Here we see the three UNSC minifigs. The Black Mark V spartan is flanked by two Black/Grey Marines. I REALLY like this color scheme. The marines look like ONI troopers and Spartans in the black armor color just look totally cool! 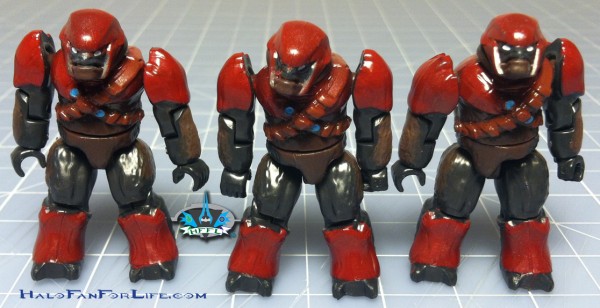 Hi, I’m Larry, this is my brother Daryl and my other brother Daryl… It’s okay if you don’t get that reference. It was from a comedy show on TV some years ago. Anyway… Here are the three brutes that also come with the set. They’re all the same, so this makes for some great army building!

A look at the three different figure styles in orthogonal views. (Click pic to make bigger) 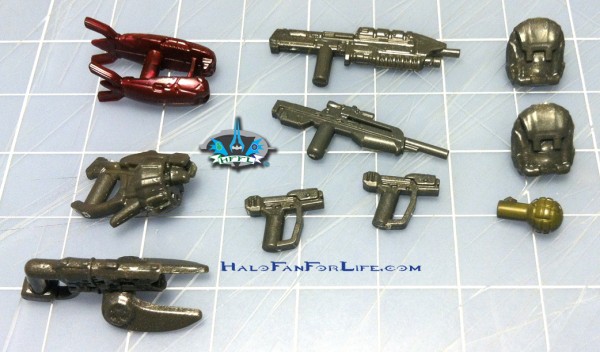 This set come with a nice assortment of weapons and a couple of accessories. It’s nice to see that MEGA paid attention to detail here and gave us a Brute version of the Plasma Rifle, as indicated by it’s color.

There are plenty of pieces left over.

So of course I made a mini prowler out of them. Well, as close as I could come to one with the left over pieces provided. 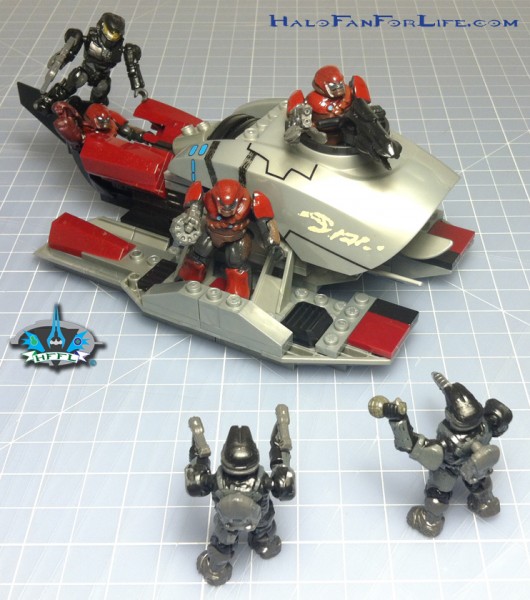 One last shot of the whole set. Will those Marines get shot down and/or splattered? By the looks of the Spartan aggressively boarding the Prowler, I think the Marines will be quite fine, but those Brutes though….LOL

Summary: This is a quick build. I think it’s the same build as the previous Prowler set that came out before it. Though I could be wrong. The brick red highlights while not accurate for the multiplayer version of the Prowler are actually a nice accent to the ship. It makes it pop out more due to the added color.

Overall Rating: I give this set 9.5 out for 10 medals. The ever slow slight .5 taken off is only because I would have preferred one of the brutes to be different. That’s not a knock on the set though, just my personal preference.

I definitely recommend the set. Since this is an older set and a Wal*Mart exclusive as well, if you want to get one, I’d suggest checking them out soon as they are out of production. In stores these cost about $36, while on Wal*Mart’s website they cost $33. I got mine in store and had them price match the website. Normally they don’t do that, but made an exception in my case.

[Addendum] I meant to break down the price during this review. While $36 might seems big for a set that consists of 205 pieces, consider that it has 6 mini figures. When you take into account each mini figure being about $3 each, that’s $18 of the price there. That means the vehicle is between $15-18. That’s pretty reasonable, IMO. [/Addendum]