The minifig included a Silver Ultra Elite. It’s a fantastic figure and I wish Mega would release it in more sets. I find myself wanting to get a couple more of this set. Plus there are arms, chest and a head of the Ascetic Elite if you choose to switch armor. I personally prefer the Ultra much more.

The set is fairly standard fair for a drop pod set. One figure, a couple of weapons and the pod and bonus armor. While I like the pods, I do think they are to the point of saturation now. I kind of hope Mega is done with the pod sets after these releases.

The value of the set is good ok, though I’d have like another full figure or more weapons not often released, like the plasma rifle.

Overall Rating: 8 out of 10 medals. It would have been higher, but again, I’m getting a bit saturated with the pods and would prefer more minifigs and/or weapons.

And now onto the pics: 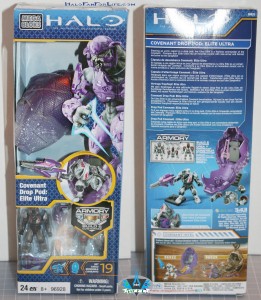 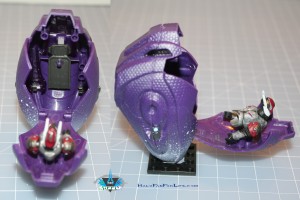 For me the Ultra is the real draw here. Typically these show up in groups of 4 in Firefight, so I’d like to have that many sets. However, given the cost of the set itself and I not wanting more pods, I can’t justify buying multiples.

Still, I highly recommend getting this set if you like pods, or Elites, or both.