Before I get start, I need to gov e a shout out to IGN. I pulled the following screens from their video footage of their interview with Frank O’Conner and Dan Ayoub of 343.(So blame IGN for the crappy resolution, LOL)

Okay, lets get this ball a rollin’

This is the start up screen. The circular bands around the logo rotate around it. 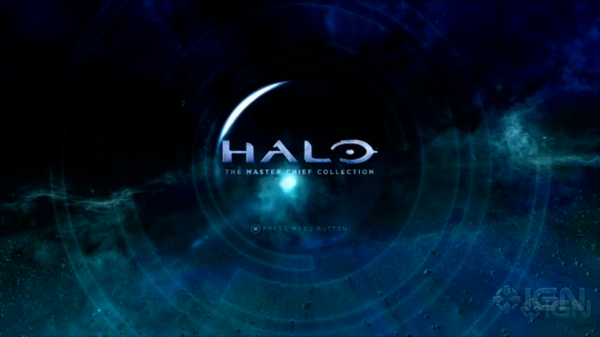 This next image below shows the main page of the UI (user interface).  The menu bar at the top from left to right reads: Campaigns/Multiplayer/Playlists/Extras.These will be explained further down. 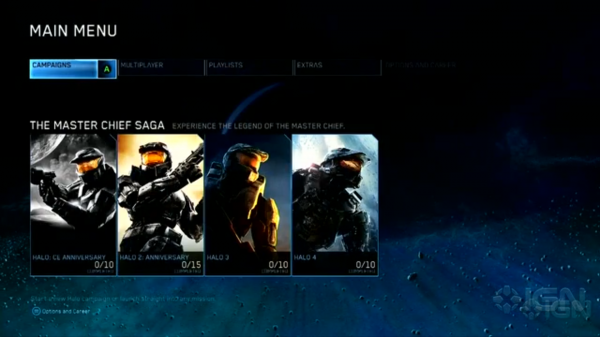 So here you see that Halo 2 Anniversary was selected from the Campaigns menu. To the right of Master Chief are the missions. They are all unlocked (form all 4 campaigns) from the start. This means you do not need to play through each campaign to get to certain missions. 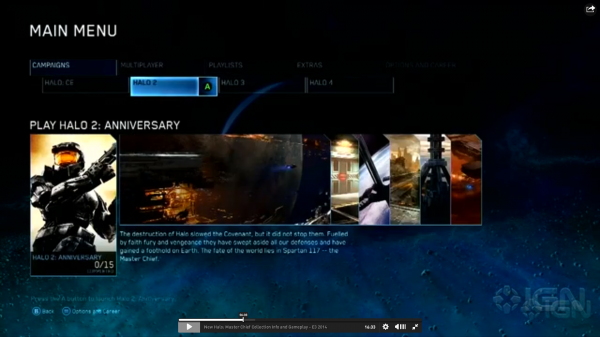 There are more missions when you click as far to the right in the mission select area from the image below. Note the arrow next to the highlighted mission indicating as such. 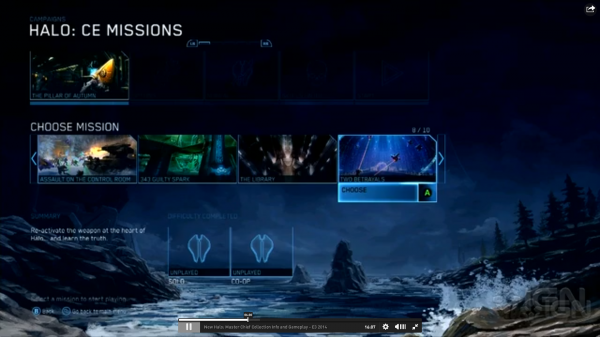 Below we see that you can choose what settings you want, level of difficulty you want to play on and use any skulls you have unlocked. 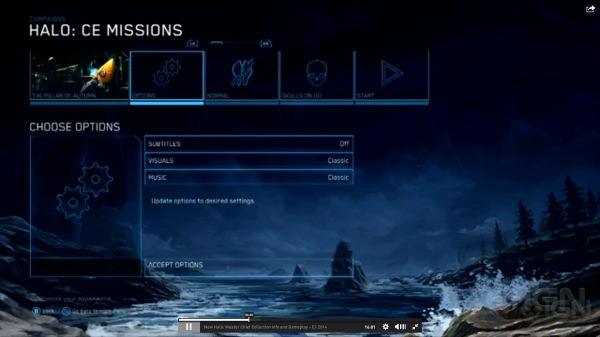 In the multiplayer section you see that you can select Find Game, Custom Game, or Spartan Ops. Obviously Spartan Ops is Halo 4 only. 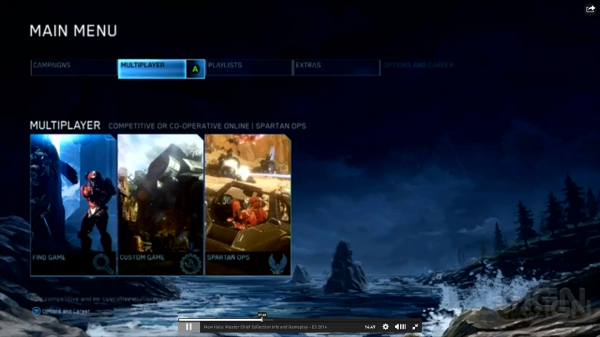 When you select Find Game, it takes you to the playlist selection. For instance below you see that Big Rumble is selected. It tells you team size, minimum player count and max party size, max local players. But there VERY cool new thing is to the right of that it shows you which of the four games this playlist is attached to. In this case ALL four are available for Big Rumble. This means that you may see of the three choices to vote on a map from CE Anniversary, Halo2 Anniversary, Halo 3 or Halo 4. 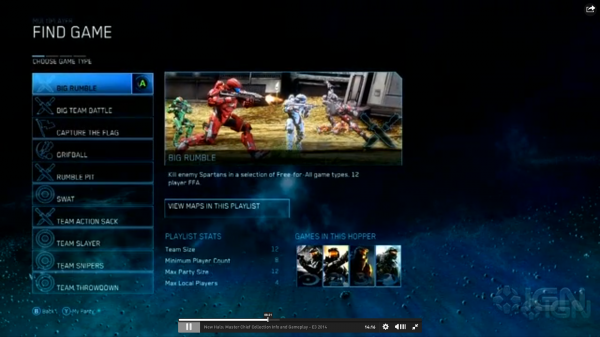 Now the image below shows that Rumble Pit is available for maps in Halo 2 Anniversary and Halo 4. BTW, these may change later on and are not yet locked in stone. Player feedback, choices and such will help dictate to 343 if they need to add another games maps to the playlist or take a games maps out of a playlist. 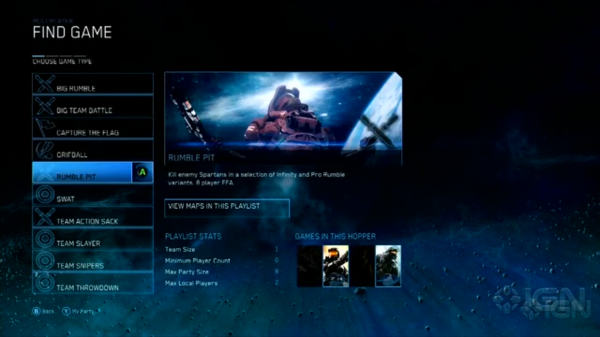 Here you see the Extras tab selected. Blur trailer is that of Blur, the company who did the Halo 2 Anniversary skins. Terminals are self explanatory. Good thing is we do NOT have to exit to Waypoint to see these now! Halo Nightfall is the ‘digital series’. Now I’m not sure if that launches from the disc or not, but from the interview it seems like it does. And finally the Halo 5 BETA. This will not be available at launch of HMCC, but rather a month later. 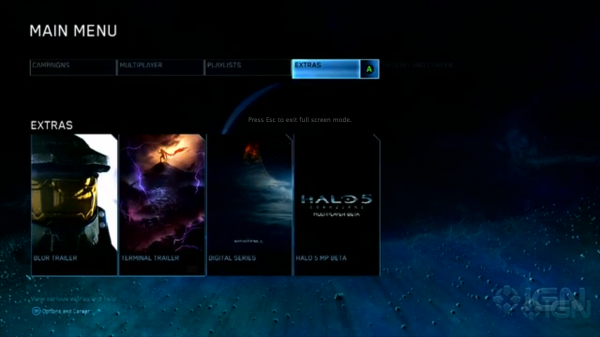 Below we see that Cairo Station is being loaded up to play. 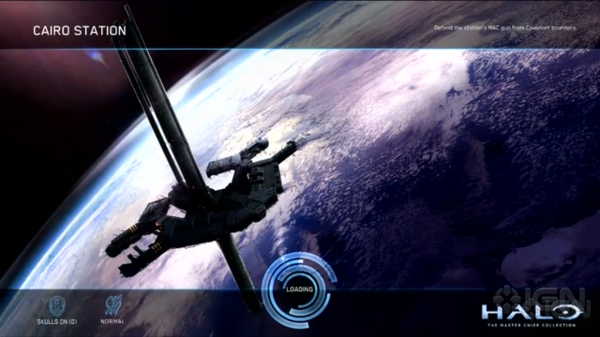 This is an example of the new graphics. Much more contrast! 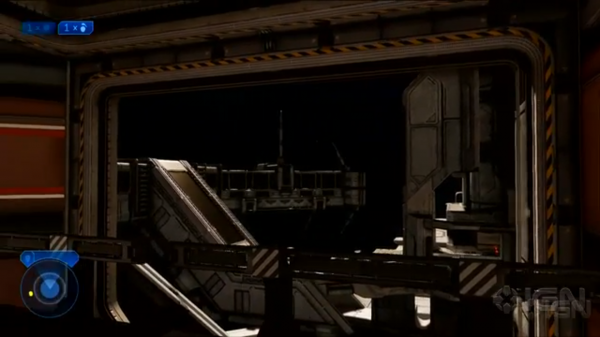 In the image below you can see at near left center a skull. Yep, that’s one of the ones for you to find in Halo 2 Anniversary. 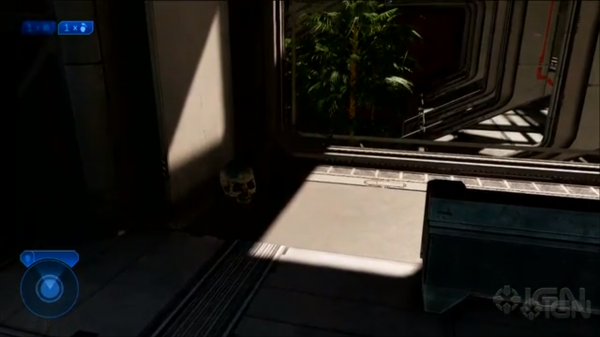 Dual wielding is BACK! Well, it’s in Halo 2 Anniversary anyway. (And Halo 3) 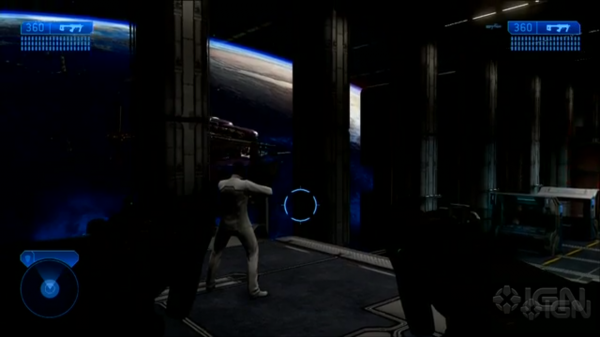 There will be more things revealed by 343 in the coming months regarding Halo the Master Chief Collection. For instance they’ve remade 6 classic maps from Halo 2. One of which was shown during the Microsoft presentation. That being Ascension.

I hope you’ve enjoyed this slice of the HMCC’s (Halo Master Chief Collection) menus and a few of the campaign newly skinned graphics.

If you’ve got any thoughts on these, let me know by replying below!

One thought on “The Master Chief Collection menus and in-game screenshots explained.”