There are three skins that currently are not available to all. Some have hacked into the game to unlock them. (I am NOT one of them as I wouldn’t do that and don’t have the slightest idea how to do so.)

So here are the three skins: 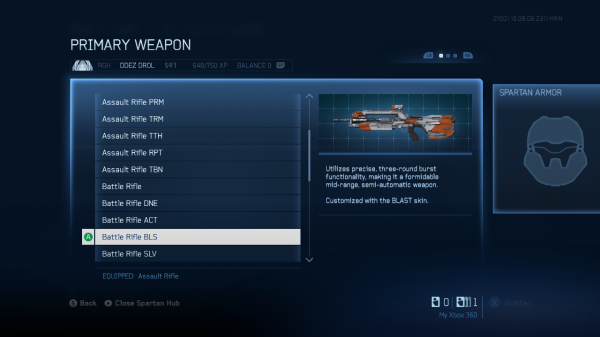 I’ve actually seen someone use this in game. In fact I took a screenshot of it and posted in here awhile back. It’s a fairly simple skin. The color combination actually reminds me of Titanfall. 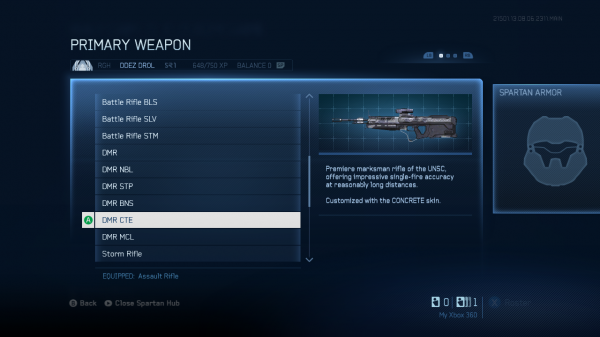 The second skin is for the DMR and is call ‘Concrete’. I like this skin. Not over the top, yet a nice design. 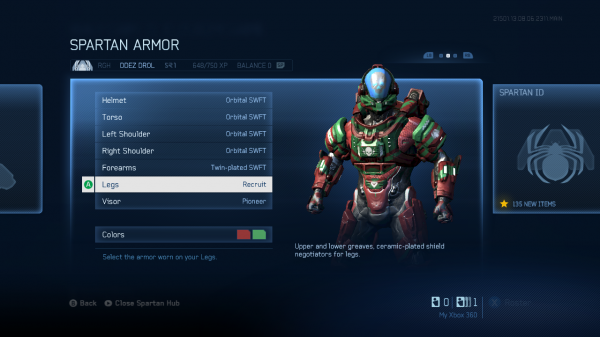 And lastly, as you see this skin is an armor skin. It’s called Swift and is for the Orbital armor only. Now, never mind the colors (which are Christmas in nature, but do not necessarily look good on Spartans). The skin itself I think would be nice to have. I know I’d use the shoulder and forearm parts for sure.

Now, if you read who hacked these it was ‘DDEZ DROL’. He’s already been banned from Halo 4 for hacking. While I do not condone hacking, I am interested to know why these three skins were not made available for the masses of Halo fans.

Since they are out there, I’d like to see 343 release these for FREE in an update, as a thank you to fans who have stuck with Halo 4.

What do you folks think? Would you like to have these skins? Any particular one you like of the three?

Reply below and let me and the rest of the HFFL community know.

6 thoughts on “Will the remaining skins be unlocked for Halo 4?”