My wife got this set for me as part of my birthday gifts.. So thank you, my dear wife.

The front box art is great as always. 5 of the 7 full sized figures are featured with one of the tank forms and one of the elite combat forms hidden within the box. 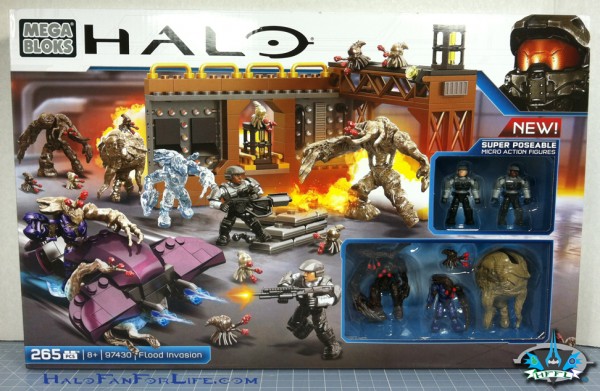 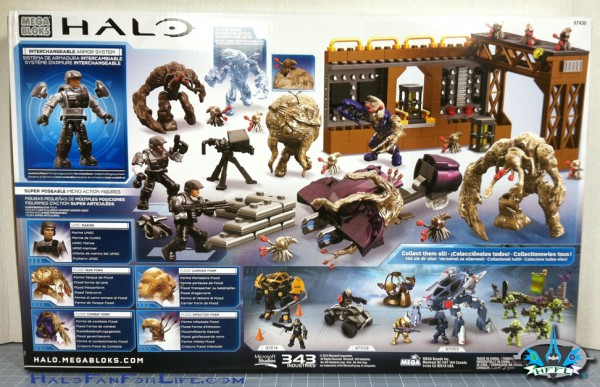 The back of the box shows the full set. As well, there are several various sets advertised on the back. 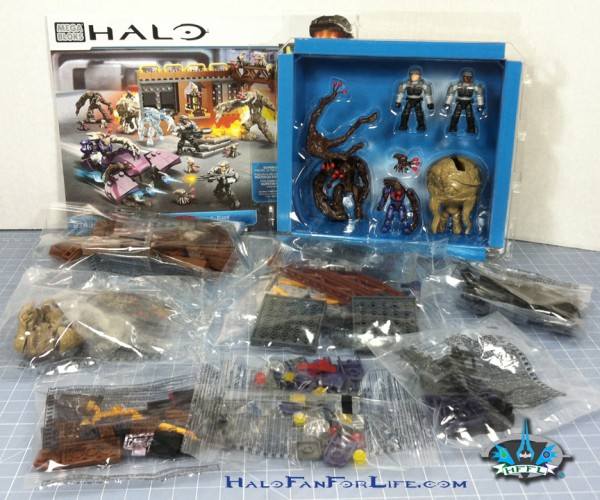 Above shows the contents of the box. The box is rather big, considering the number of pieces. 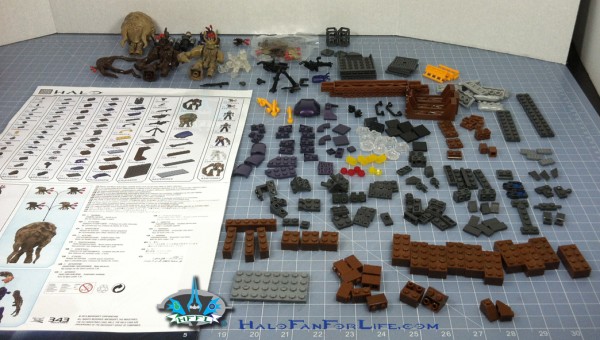 As always, I sort out the pieces before hand to make it easier to build. There are no new pieces in the set, however there are several new figures, which we’ll get to momentarily. 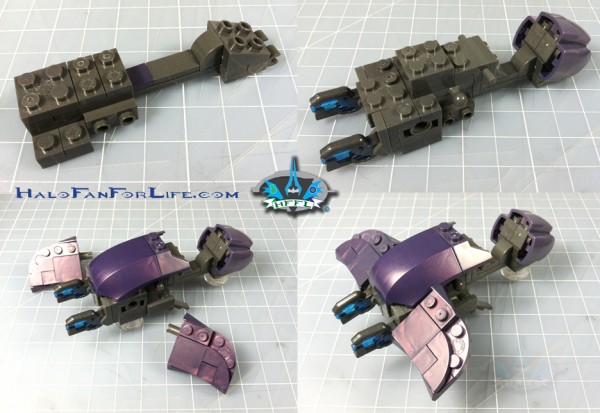 The Ghost in the set is well designed and quick to build. The only main difference between this and other designs is the hole on the side that allows for the flood “ghost” form to attach to it. 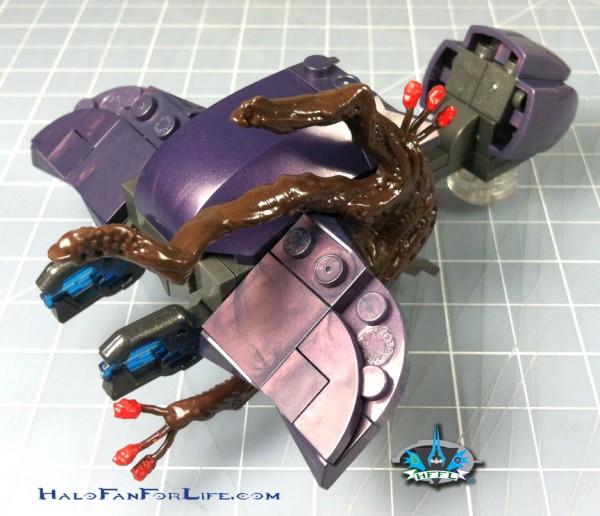 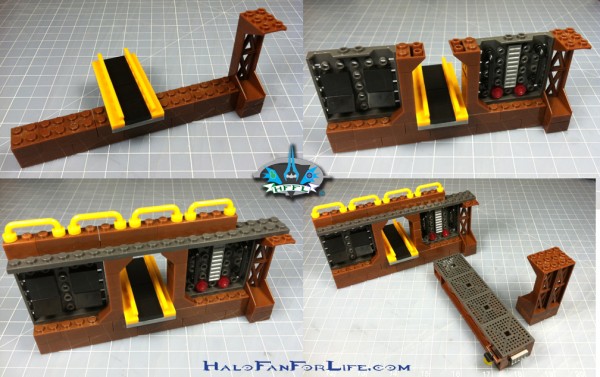 Here we see the structure in building stages. What I like about this is that it resembles the Floodgate set that was released previously, but has it’s own look. 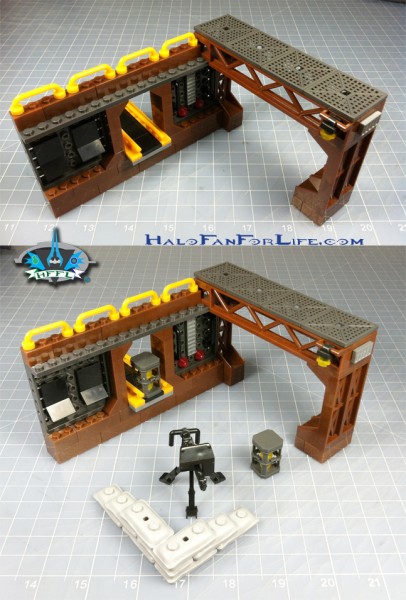 Above shows the structure complete, waiting for the figures and accessories to be added. 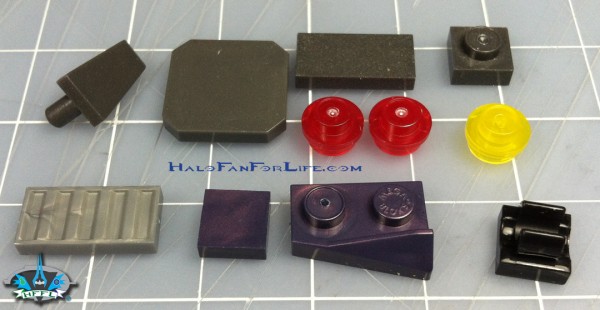 The leftovers for the set didn’t really give me much to work with, so into the parts bin they went.

Next up are the orthogonal views of the figures.

Above shows both colors of the infection forms as well as the carrier form. 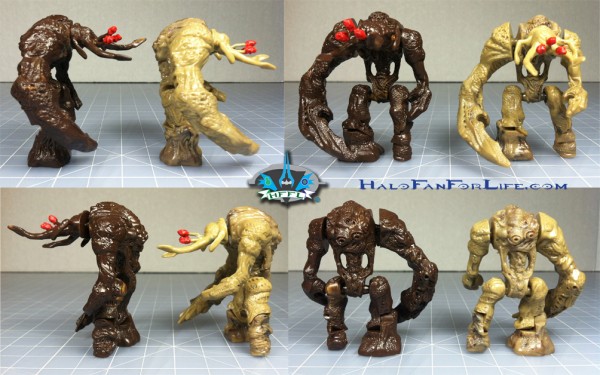 The Tank Form is brand new to the Halo Mega Bloks line. The sculpt is pretty good. The only issue I have is the straight cut to the shoulder. As you can see in the pics above, that cut leaves a really big gap between the arm and the torso. I think this could have been designed better to have a more ball jointed look to it, than a straight cut. If the shoulder joint was closer so as to not have that gap, it would have been better. Though I understand Mega wanted the arm to have more articulation. The head of the tan tank in my set was very light in color and didn’t match the rest of the body. Perhaps a blackwash will help that. Though I’d prefer if Mega would have just done that instead.

Above and below show the Elite combat forms in the set. I very happy to have the active camo one. As you all know of course, I love see-through toys.

The two marines are part of the new style of figures. I’m not sure why they are grey as opposed to the standard green. I’ll likely use these in a ONI diorama later on down the line. They each have removable armor as seen below. 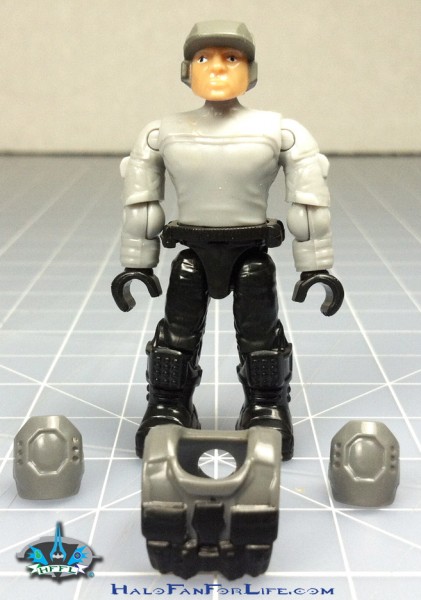 The weapon selection in this set is pretty good. Each Marine and Elite combat form gets a weapon, and the marines also have the flamethrower and machine gun turret (not pictured) to help defined themselves. 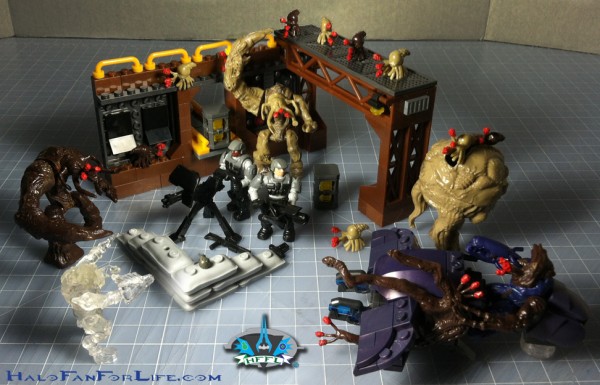 Finally, the full set with figs and accessories added. There is a LOT of great stuff included in this set!

Summary: This set is a quick build. The structure will make a great addition to the Floodgate set if you have it, otherwise it stands on it’s own quite well. The amount of figures and accessories you get with the set really make up the value of it.

Overall Rating: I give this set 9.5 out for 10 medals. It was hard not to give this set a perfect 10. The only thing holding it back in my opinion is that shoulder cut on the Flood Tank form figure. Everything else about the set, from the variety of figures, having a vehicle, as playset area, varied weapons and accessories make this an all-in-one kind of set.

Do I recommend it? You bet! This set is a fantastic way to build up your flood armies. I plan on getting extras of this set when it goes on sale.