This set was given to me by my very good friend, Paul, also known as StuntPK. 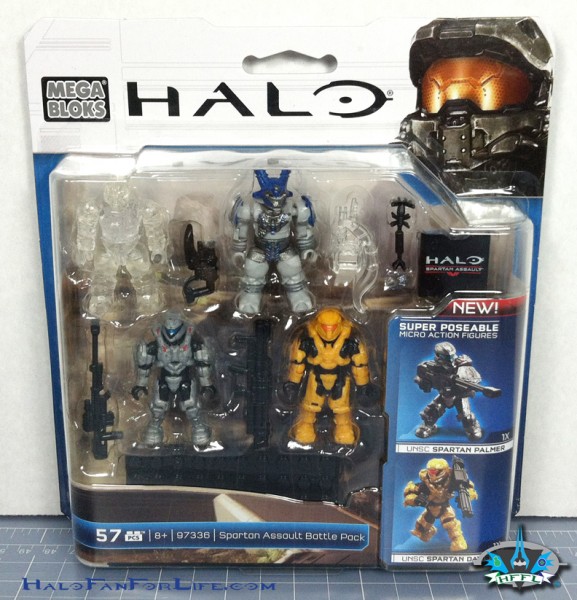 I’ve been wanting this set since it was first announced. I’m SO happy Mega is making sets with named characters from Halo. The box front shows just about everything you get inside, with exception to the pieces that make the stand. 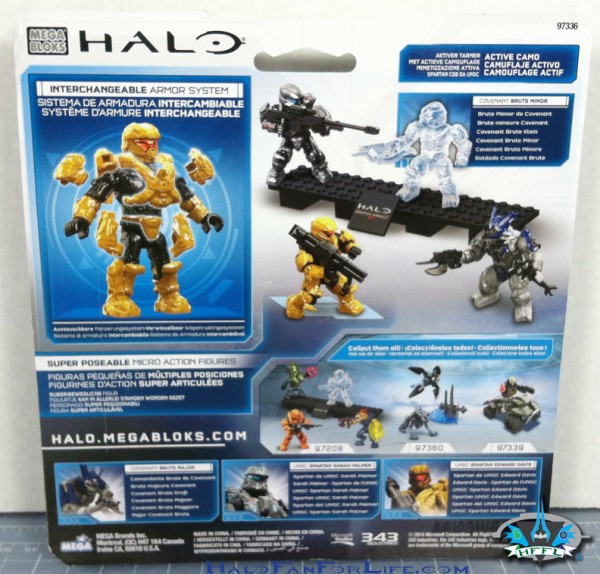 The back shows the set nice, as well as shows a few other small sets. 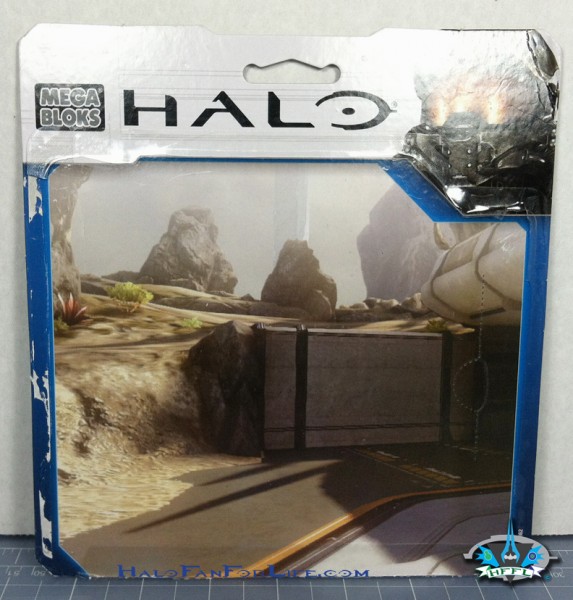 When you cut the plastic bubble away from the card, you get a shot of Complex (a multiplayer map in Halo 4). I like little additions like these. 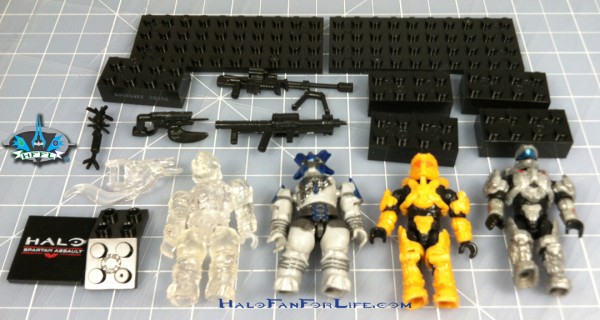 Above are the contents of the package. I like the Halo Spartan Assault tile included. Nice touch.

Personally, I do not use the stand pieces to make a stand. Rather, I use them as parts for custom models.

Here are the weapons included. I’m really liking the new Sniper Rifle. I thin this is the first time we’ve had the Brute Shot in Active Camo.

Above we see the Active Camo Brute Minor (Reach Style. This is a new figure. It can also be found in painted version with the new Covenant set. If you’re not seeing it in stores, you will soon.

Ah, the Brute Captain. Magnificent figure. I’m VERY glad Mega is making new Brute molds. This is one version of the Brute armor that I like the most. I’d love to have several of this figure. However, I can’t justify buying the whole set just for one figure. Hmm, perhaps I could use them for trade or better yet a give away, on the blog?

Spartan Davis, one of the two playable Spartans in Spartan Assault. I’m partial to this one due to the armor color, not to mention I’m really fond of the Recruit helmet.

Spartan Commander Sarah Palmer. Mega made a non-named Spartan very much like this one. It came with the Electronic Pelican. Though that one didn’t have the added articulation and removable armor. This version is OH so close to be perfect. The visor color is slight off as it should have more of a teal/green tint to it. It doesn’t bother me that much though. 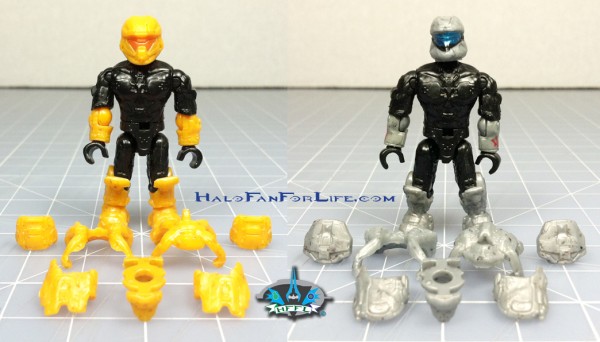 Here we see both Spartans with their armor off. Note that the body is the same for each figure. So no male/female versions. That would have been great as I know several people out there who would make some awesome custom Halo female figures out of them…Hopefully one day we’ll get some of those figures. 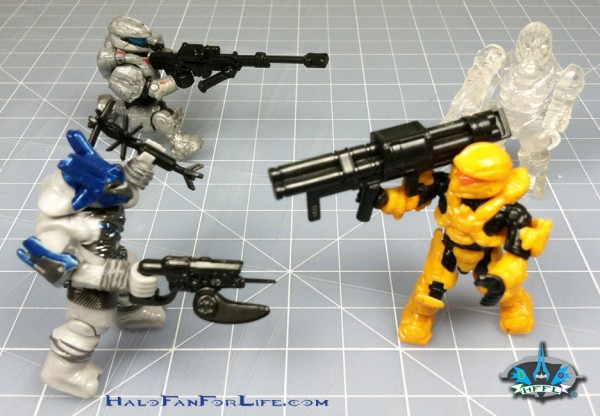 And finally, the group attacks one another. The Brute Captain looks to stick Davis, while Davis is about to rocket him. The A/C Stalker is about to jump onto Davis, but Palmer sees him and is about to take the snipe shot!

Summary: This set is excellent if you want a couple of named figures. As well, the Brute Captain is an excellent figure. And, if you’re a fan of translucent figures, like I am, you’ll love the Brute Minor. No build needed for this. The stand takes literally seconds to build.

Overall Rating: I give this set 10 out for 10 medals. This set gets 9.5 out of 10. The selection of characters is excellent. The .5 that I took off was only for the visor color.

Do I recommend it? Yes sirree Bob, I do!