The panel started with Frank O’Conner introducing the panel. Just after which, members of the 405th Halo cosplay group came up on the stage. Many excellent Spartan costumes were seen. However, there was one special costume. That of “Mister Chief”, which is Frank’s poorly drawn Master Chief. One surprise came before the 405th left the stage. 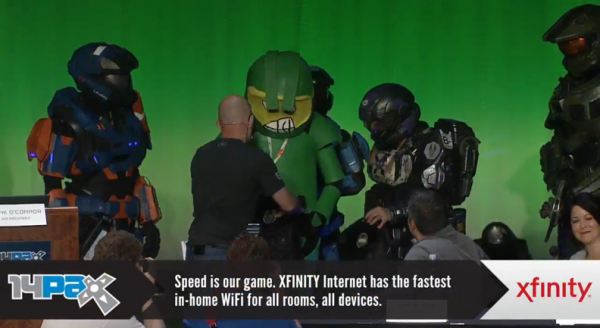 Mister Chief proposed to one of the ODSTs. Yes, a REAL proposal. And yes, the person in the ODST armor is a lady. And yes, she said YES.

After this, Kiki Wolfkill talked about shooting Nightfall in Iceland as well as what part of the story is about. 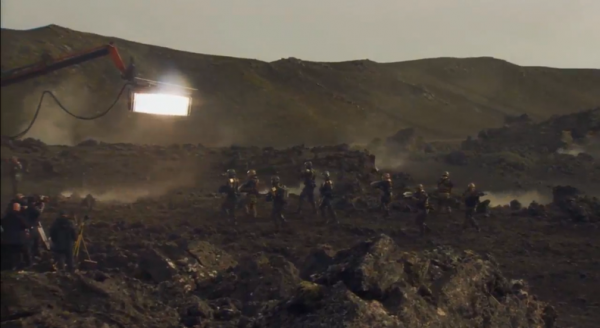 Nightfall takes place on a fragment of Alpha Halo. 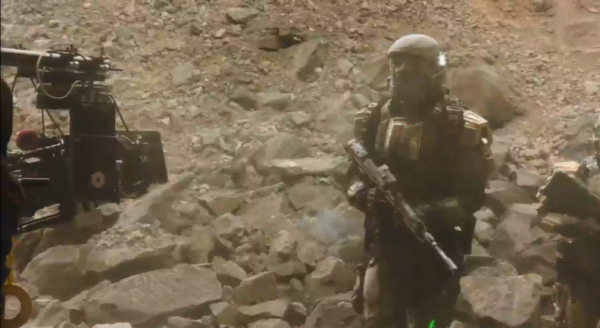 This fragment is spinning close to a star. During the time that the land side is away from the star, it’s relatively habitable. 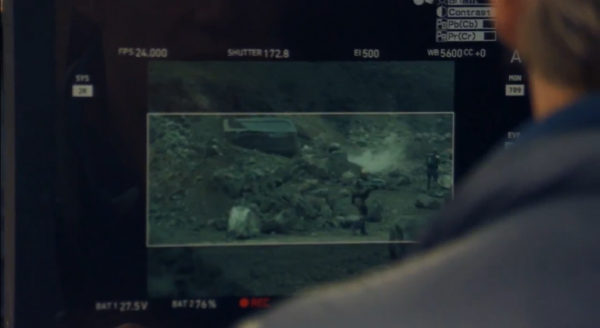 However, during the time it’s facing the star, temperatures go hot. This makes is extremely dangerous for Locke’s team to explore and discover the secret of their mission. 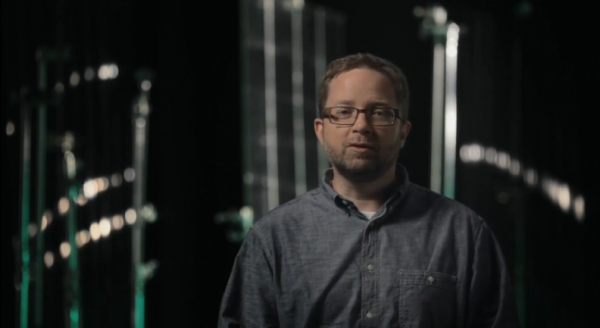 Kevin Grace makes mention of taking rocks from Iceland, saying they are rocks from Alpha Halo…

The next topic is about some of the material we will see on the Halo Channel. 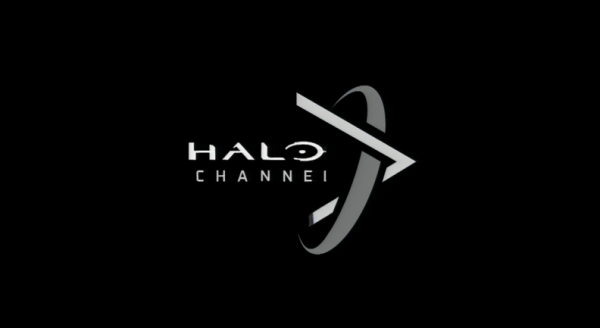 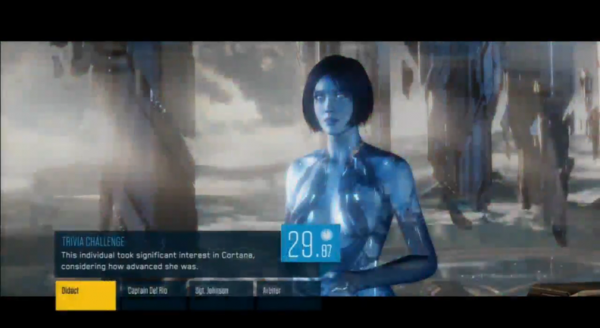 As you can see above, there will be trivia questions. How will this play into your Halo career though?

Bravo takes us on a little tour of what the Halo Channel holds for us. 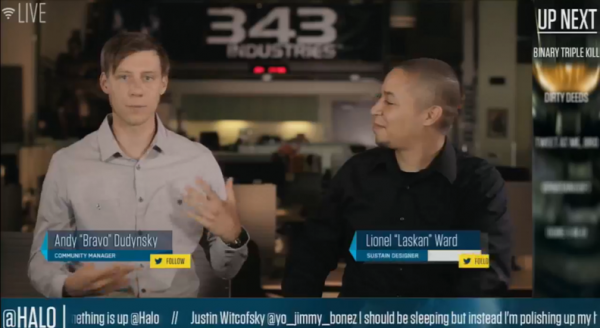 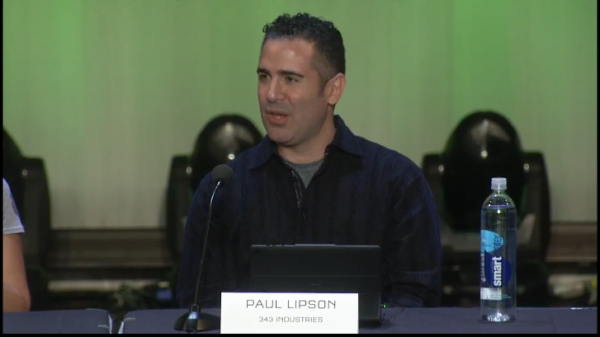 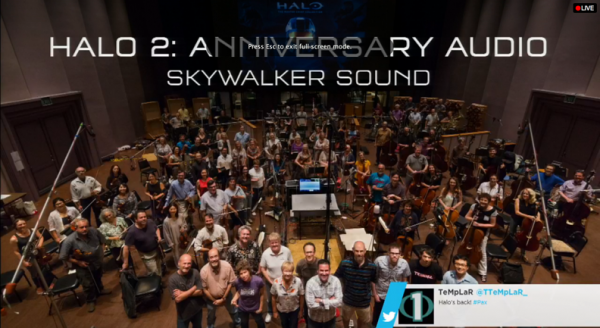 Apologies for the text overlay. Trying to get perfect screenshots sometimes doesn’t work… 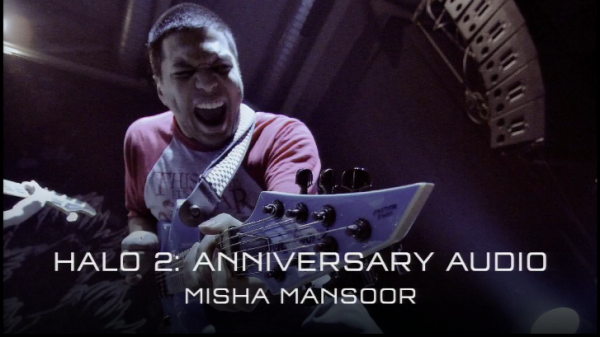 Two new songs to be introduced into Halo 2 Anniversary. Very heavy metal theme to it! Written by Misha Mansoor of the band Periphery. 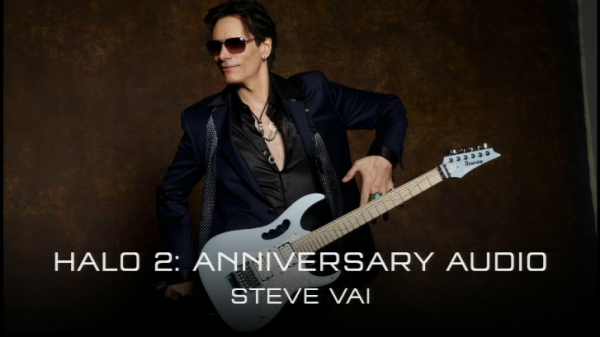 There will be a Double CD for Halo 2 Anniversary And a limited edition VINYL!

Regarding the music, when playing campaign, you can switch from classic to anniversary mode. This will switch not only the graphics, but the music as well. You can NOT have classic graphics and anniversary music or vice versa. It’s either all classic or all anniversary. This was a questions answered during Q&A. 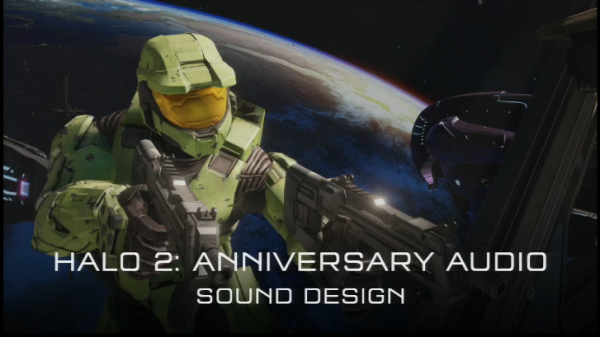 All new weapon sounds for Halo 2 Anniversary. Wow do they sound AWESOME! Sniper is much more powerful sounding. The Plasma Pistol has a VERY cool new Sci-FI feel to it. The Rocket Launcher has a fantastic sound of the rocket leaving the launch tube.The Energy Sword is just AMAZING!

I recorded some of this audio and will try to get it up on the blog ASAP. However, the panel vid might be up by then. SO we’ll see which I can get on here first.

Next up was Max Hoberman talking about Bungie’s Halo 2 multiplayer maps then Halo 2’s Anniversary Lockdown. 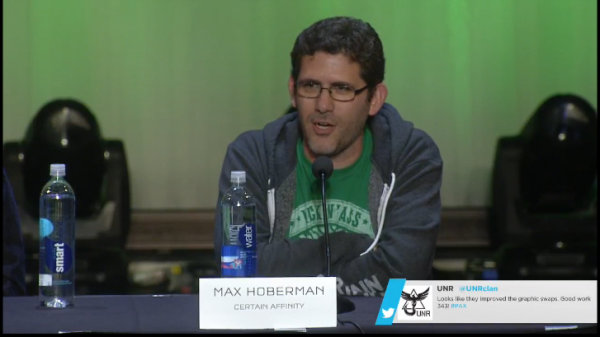 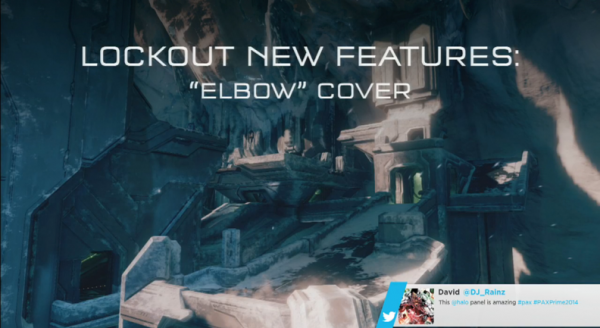 Extra area on Elbow allows for a bigger Hill as well as some coverage to hide behind while assaulting Snipe tower.

Top mid’s glass piece can be broken! It takes some damage before it breaks and after a time will come back. This is something that you can toggle on/off in Forge. 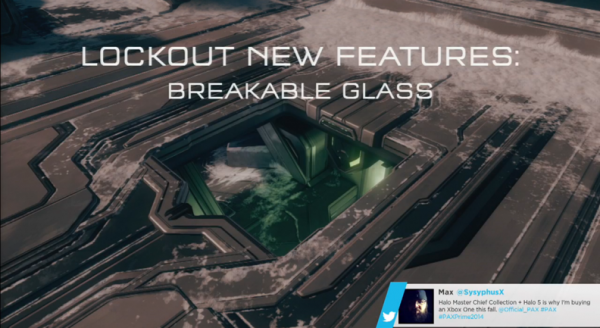 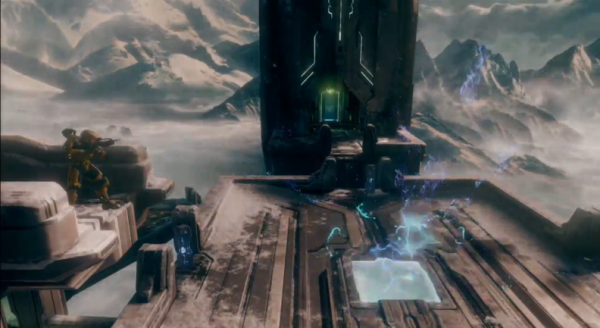 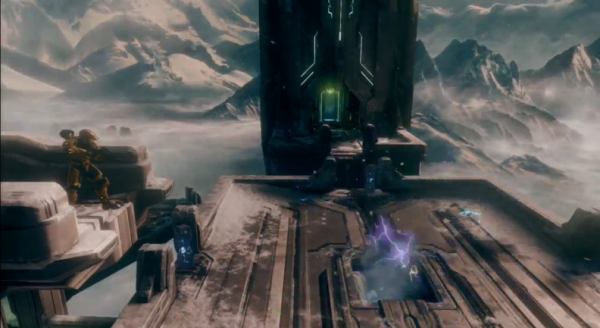 However, it’s now been revealed that there are two other stalactites. One over top mid and another by Sniper Tower. 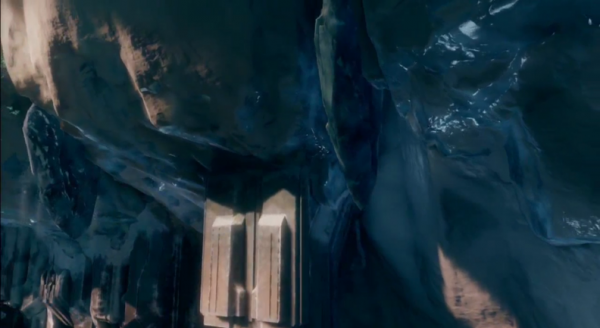 That was  a question I had, so I’m glad they answered it.

Max talks about and shows us the design of the original Lockout and how it progressed into what it became in Halo 2. 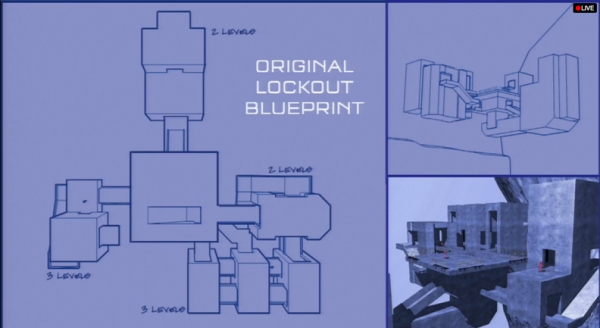 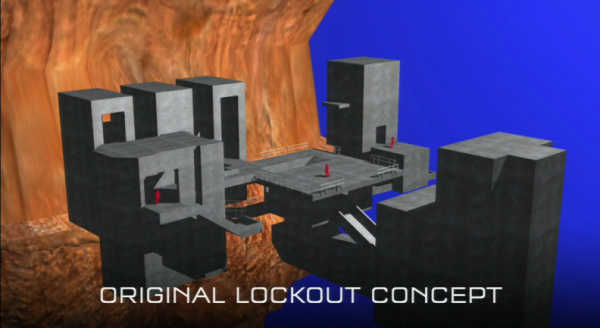 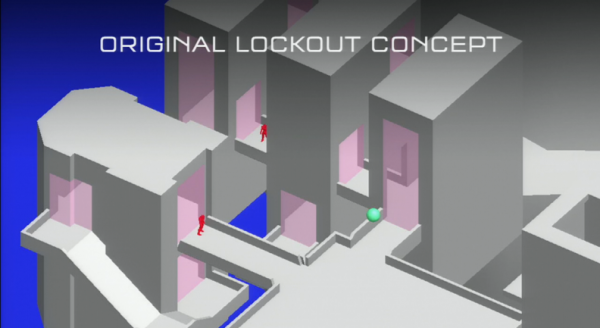 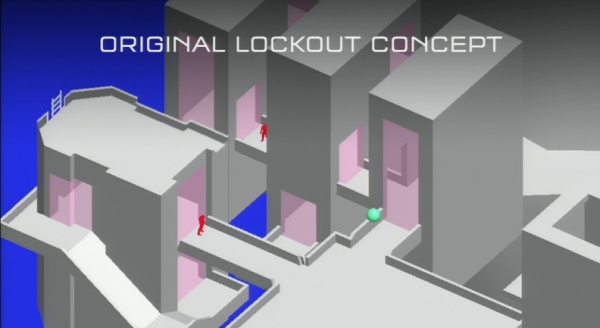 One topic very much anticipated was the discussion about Halo 2 Anniversary’s Forge. 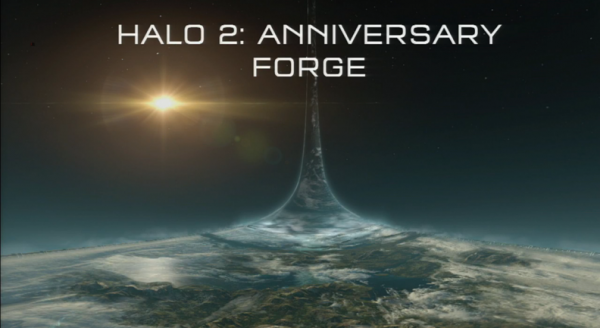 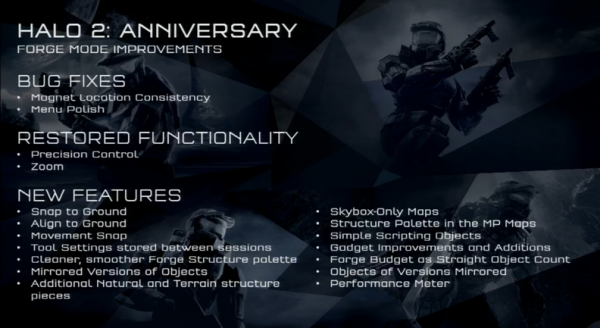 Above shows just some of the changes made for Forge. These only apply to Halo 2 Anniversary’s Forge. Though likely they will carry over into Halo 5 Guardians next year.

Looking at that screenshot above we see that the menu should be easier to use.
• Snapping to ground or aligning to ground will be excellent tools.
• MIRRORED objects!!!! YES!!! This was one of my hopes for Forge!!!
• More Natural and Terrain pieces!!!
• Forge Budget is straight object count NOT different object or pallet counts as it is now. This means for instance you can have as many trees as you have the TOTAL budget for.
• This is somewhat countered by having a Performance Meter. This will show you how well that map will work with however many objects you have placed down. This is also dependent upon what kinds of objects you have placed. Simple blocks are easy and you map would perform reasonably well. Objects with HIGH polygon counts will lag the map, especially if your map has a LOT of them in it.

One thing to note is that there will be THREE skybox Forge maps for Halo 2 Anniversary. This means NO terrain to get in the way of building a map. Now, I do wonder though, what if we do want to build on terrain? Will there be terrain features in H2A’s Forge? That wasn’t discussed. 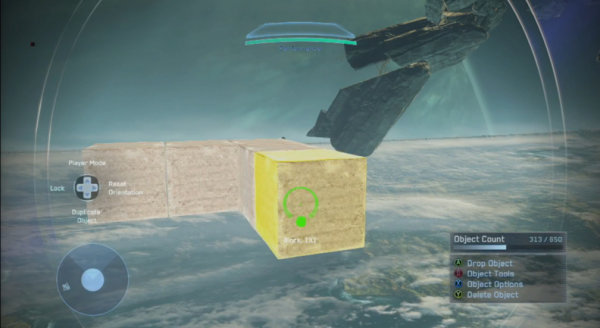 This is obviously a shot of ‘Zenith’ (The new name for Ascension) with forge elements on it. 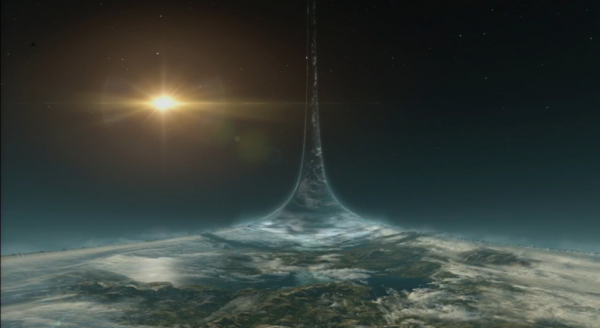 Just look at that beautiful shot of the Halo ring. I can’t wait to build something on this map!

After this Dan Ayoub shows footage from the 60fps 1080p version of Halo 3. To be honest, I couldn’t tell a difference, though that is likely because I was watching this via Twitch. 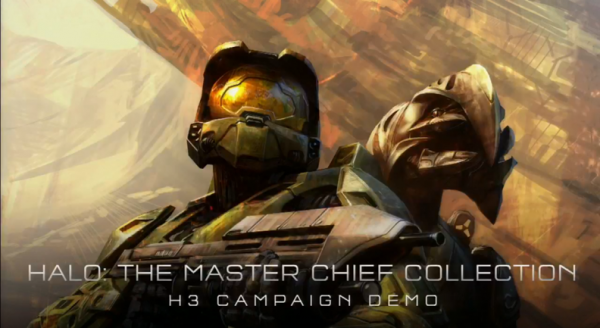 Another of the special limited (only 4) edition Halo Master Chief Collection XBOX Ones were given away. 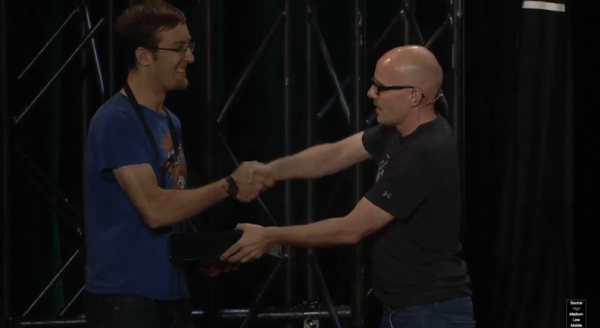 Armor will not transfer form the 360 games to the XB1 Collection. Neither will Maps, though Dan Ayoub seemingly said they would. I think he might have misunderstood the question. It’s been previously confirmed that NOTHING from the 360 versions of the games will transfer to the One. So yes, things are unlocked, but you can’t port forged maps to the One.

Then switch from Halo CE to Halo CE Anniversary will be immediate instead of a delay, with the Master Chief Collection.

This is a very nice ‘upgrade’. Glad to see it will work like H2A in that respect.

If I missed anything, be sure to stay tuned to halofanforlife.com as I’ll have the full panel video as soon as it’s available to me!