I just got an e-mail from McFarlane this morning that their Halo 2 Master Chief should be in stores now. Of course, your mileage may vary on this.

Here’s a look at the figure, followed by a text blurb from McFarlane’s web site. 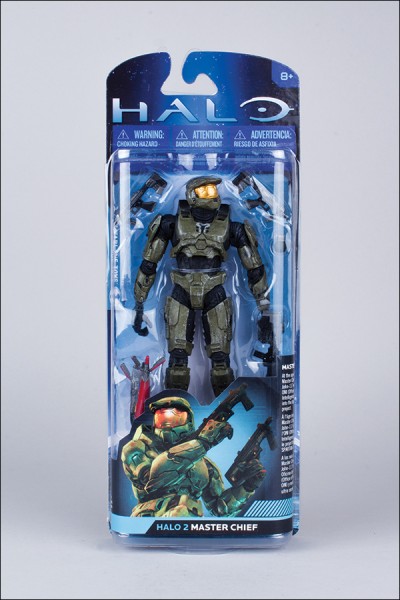 I do like the slim packaging of this. It’s nice that they included a pair of SMGs, as that’s how he’s most known in that iconic pose for Halo 2. Example below.

Here’s the figure outside of the packaging. 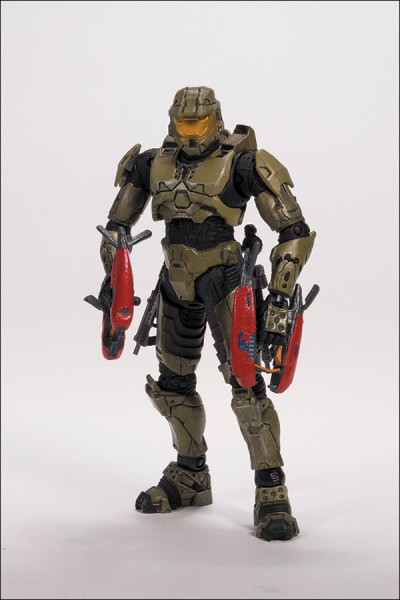 If I’m not mistaken, this is the exact same figure we got a few years ago. However, the weapons included may be a different assortment this time around.

I’m referring to the 3-pack of the Evolution of Master Chief from McFarlane. 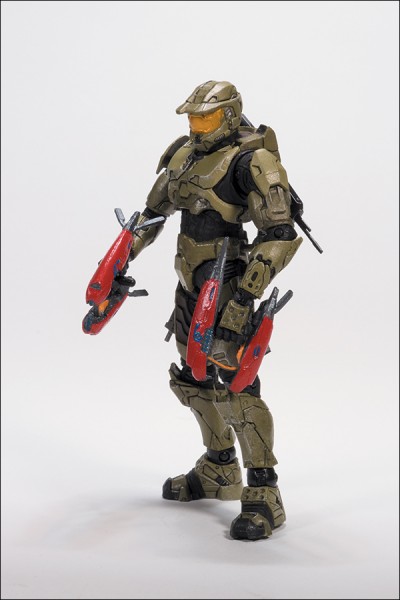 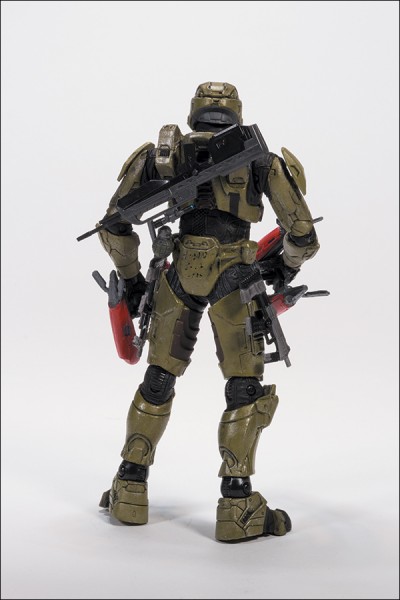 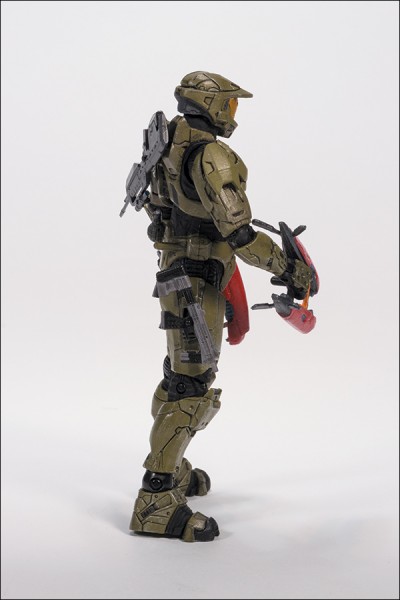 Ten years ago, Halo® 2 made its debut on the original Xbox, and changed multiplayer gaming on consoles forever. To commemorate the tenth anniversary of this influential, fan-favorite game, McFarlane Toys is offering a figure of the Master Chief, just as he appeared in 2004.Our Halo 2 Master Chief figure captures all the details of this first version of his Mark VI armor – from the five indentations on his hand and ankle armor, to the smooth, undamaged plating on his chest. We’re loading up our Halo 2 Master Chief figure with an arsenal of second-game-themed weapons. Figure includes dual SMGs, a pair of Brute Plasma Rifles, and the ever-popular Battle Rifle. No matter which weapons you choose, you’ll be ready to fight like you did a decade ago!

What’s important to note from the list is that Wal*Mart and Toys R Us are NOT on the list. Some of those stores I’ve never heard of.

I was going to take a pass on this, however, since it includes the rather rare red plasma rifle, I’ll pick it up.