Last week, I posted a contest to color in this image. 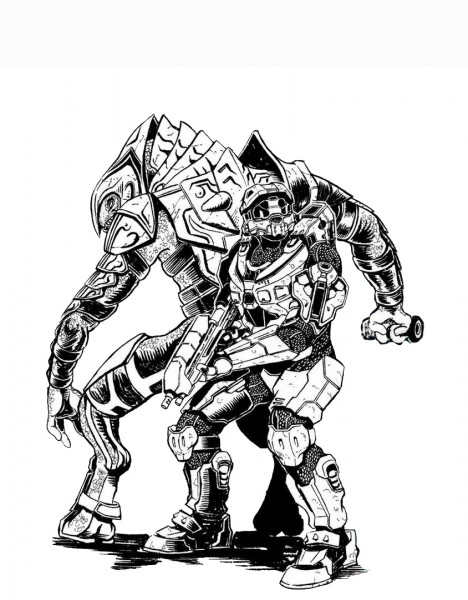 Unfortunately, I didn’t get any entries. This could possibly be due to Thanksgiving. No problem. I knew I was going to color this in myself and would still have something to post. The image below is my finished version, after which, I’ll show and explain HOW I got to this from start to finish. 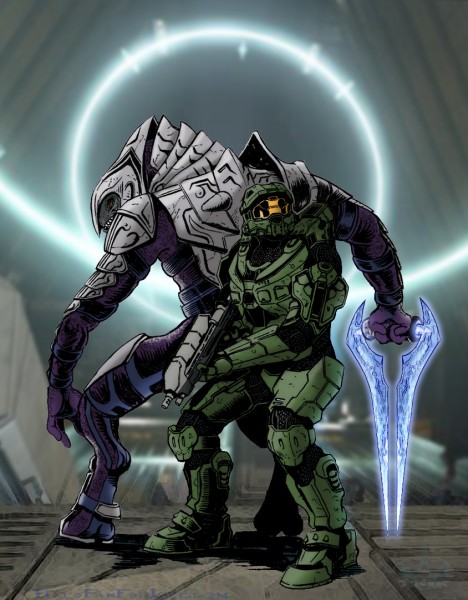 Okay, so how did I come to this finished piece? First of all, I used Photoshop extensively throughout. If the text explanation is a bit technical, the corresponding pics should be enough to follow along.

First things first, I found the image via Pinterest, that got it from an artist on deviant art. (Click images to make bigger) 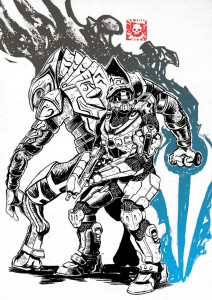 I wanted to try my hand at inking (coloring) in the line art. However, I wasn’t fond of the color portion the original artist had in the piece. So that was the first thing I eliminated, using the erase tool in photoshop. 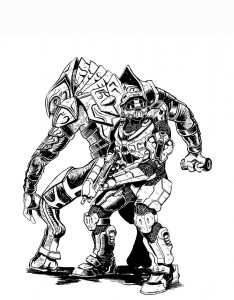 This is the line art then, that I posted last week. From there, I created a small swatch of colors to use, to ink in both the Arbiter and Master Chief. 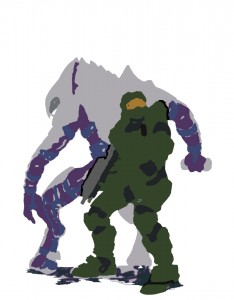 Mind you, I had the line art on a ‘layer’ that was on top of the ink layer that I was filling in. I just removed the line art layer here to show you what the inked in layer itself looks like. It kind of looks like minimalist art, huh?

Next, I started adding shadows and highlights to the piece. Below, I show you those specific layers. 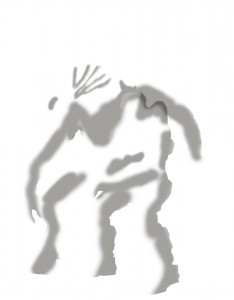 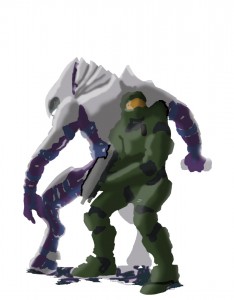 Above shows the ink, highlight and shadow layers isolated without the line art. Already it’s got some form and structure to it.

Next it was time to add the sword. 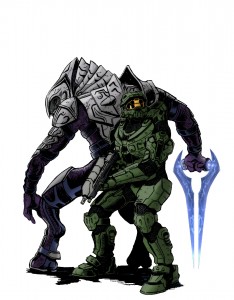 What I did above was find an image of an energy sword. I pasted that into the color rendering here, resized and rotated accordingly. Now, as you can see, it was a bit of a contrast when compared to the rest of the art. So I added another layer with the sword again, this time including some filters to give it that graphic novel feel. First I desaturated the sword (made it gray), then I used a filter called “find edges”. That defined the lines of the sword better. This sword layer I then made ‘overlay’ on top of the original sword layer. Thus creating the effect you see below: 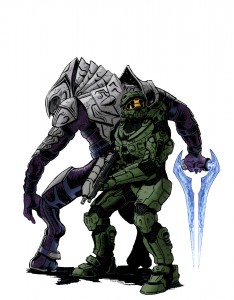 Now, at this point, I could have said I was finished. And I think I did a pretty good job. However, I wanted to add in a background to give Arby and Chief more depth.

So I took to the internet to find an image from the scene that is loosely depicted above. It comes from Halo 3. Specifically the ring room where Arby kills the Prophet of Truth. 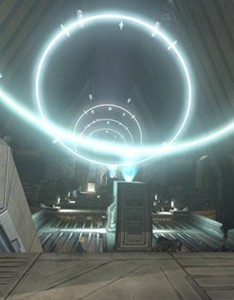 I had to resize that to fit and rotate it slightly. This layer was under the above art. That helped me to position the background. Also, I didn’t want the background to be a focal point as I had put a lot of work into the line art color rendering, so I blurred nearly all of the background with exception to the foreground floor. The reason for that was so that it would stay in focus with Arby and Chief since they were on the same field of view (in the foreground). 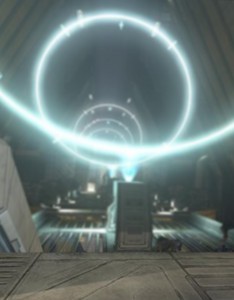 From here, I did the same effect to that foreground section of the background image as I did with the energy sword. This gave the foreground floor that graphic novel touch needed.

At this point, I was almost done. I added a little bit of a glow to the energy sword and had that glow reflecting off of part of Master Chief.

With that, I was finished and you have the completed color rendering. 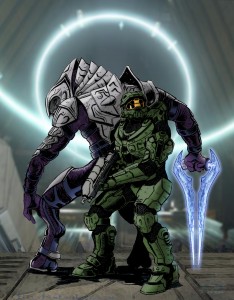 So again, I went from THIS: 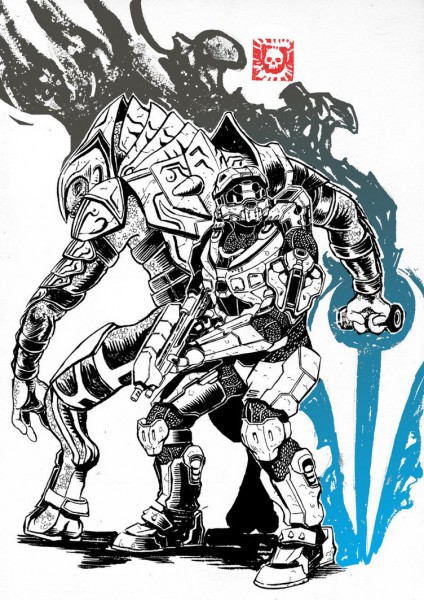 What do you folks think? I’m pretty satisfied with it.

Oh and for those wondering, from start to finish this took about 1 1/2-2 hours to complete.