This is a partial reblog from gameinformer: 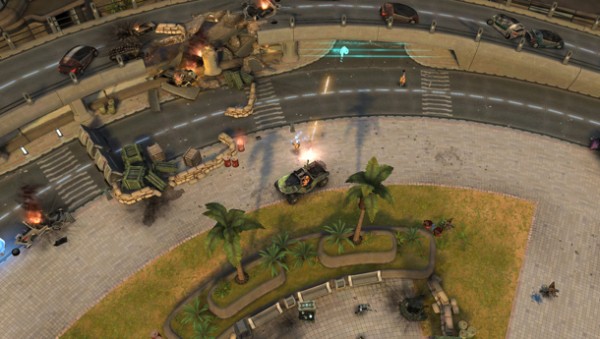 In the wake of still unresolved problems with Halo: The Master Chief Collection, Microsoft and 343 Industries are delaying the next game in the series. Halo: Spartan Strike, the sequel to Halo: Spartan Assault, will not make its 2014 release.

The title was scheduled to arrive on December 12. It will now be released for Windows Phone and Windows 8 at an undetermined time in early 2015. Other platforms have not yet been mentioned.

“While we’re excited about this all-new Halo experience, our commitment to resolving the current matchmaking issues in Halo: The Master Chief Collection remains the top priority,” the developer writes. “As a result, we have decided to move the release of Halo: Spartan Strike to early 2015.”

Despite a number of patches that have improved The Master Chief Collection’s matchmaking and performance, users are still reporting uneven teams and the entire roster of playlists have not yet been restored. Problems prompted an apology from 343 Industries studio head Bonnie Ross, in which she promised that this would be made right for fans.

gameinformer’s take on this:
This is the right move for Microsoft and 343 Industries. Releasing another game in the franchise, even if under development by a different team, completed, and through certification would be bad optics. Any appearance of moving forward before the problems with The Master Chief Collection are fully repaired would only harm the brand.

HFFL: I have to agree with game informer here. Better to fix the HMCC FIRST, than to release another game, even if that game runs smoothly. I for one am totally fine with the delay of Spartan Strike. As it is, I won’t be able to get this until it is available for the XBOX One.

As one of my friends posted on Facebook, how much do you want to bet that the H5G beta gets delayed too? Honestly, I’d be okay with that as well. HMCC NEEDS to be the top priority.

Thanks to Drew from Podcast Evolved for this info.