You can unlock several different armors in the Halo 5 Guardians Beta. Any you unlock during the beta will be available to you when Halo 5 Guardians comes out later this year. (Via Kiki Wolfkill of 343)

Today, we’re going to look at the armor that has most been seen in the promos for thebeta/game. It’s called Athlon.

This armor is much more rounded than we are used to. It looks more like football gear, and that’s not a bad thing. I actually like the more simplified look of this armor, versus some of the designs that were in Halo 4, of which looked far too sci-fii/alien like, for my tastes. 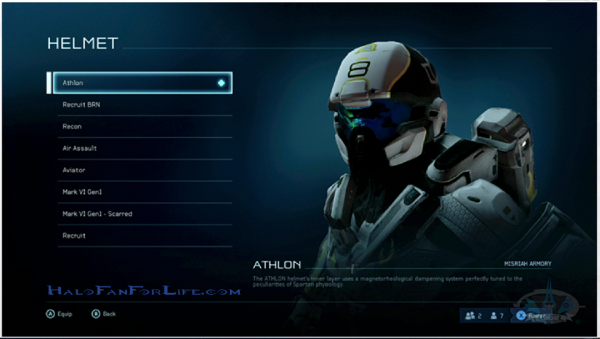 The text at the bottom of the above graphic reads:
The ATHLON helmet’s inner layer uses a magnetorheological dampening system perfectly tuned to the peculiarness of Spartan physiology.

For those wondering what magnetorheological is, I’ve looked it up for you. Here’s the definition:
A magnetorheological fluid (MR fluid) is a type of smart fluid in a carrier fluid, usually a type of oil. When subjected to a magnetic field, the fluid greatly increases its apparent viscosity, to the point of becoming a viscoelastic solid. Importantly, the yield stress of the fluid when in its active (“on”) state can be controlled very accurately by varying the magnetic field intensity. The upshot is that the fluid’s ability to transmit force can be controlled with an electromagnet, which gives rise to its many possible control-based applications. Extensive discussions of the physics and applications of MR fluids can be found in a recent book. 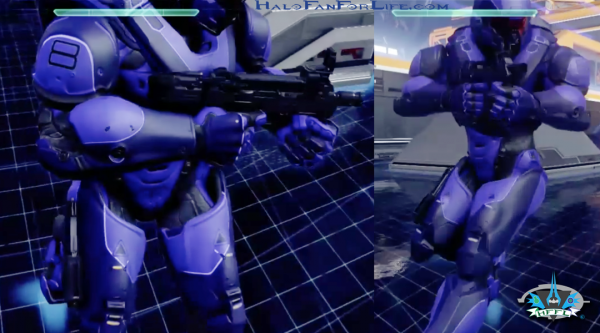 Here are two shots of the right side of the armor. Again, note the very curved shaped of the armor. This armor would offer far less wind resistance, allowing a Spartan to possibly move faster due to it’s design. This curved armor also in part reflects human musculature. 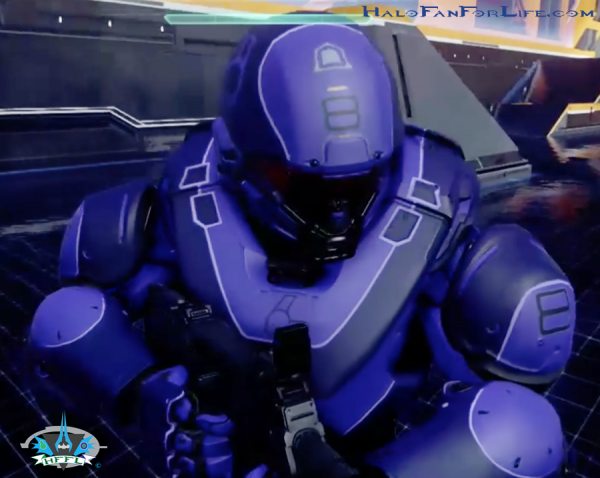 Above is a good example of human muscles shown in armor form.  I like the two tones look of this too. The secondary color looks like it has a reason to be there, unlike some of Halo 4’s armor did.

The left side of the armor is essentially the same, but reflected from the right. 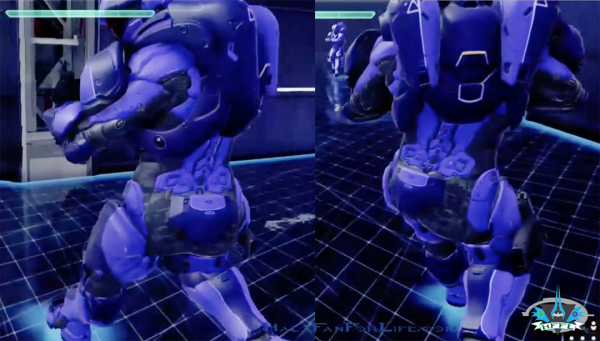 And lastly, we see the back of the Spartan. The thruster jets are not as prominent as other armor sets. This again can be a good thing as it might make you slightly less visible from around corners.

Of note, this particular player has unlocked a red colored visor. As to what the requirements are for unlocking Athlon, well, I’ve got that question put to 343, so hopefully I’ll get an answer soon and can update that here.

Again, I like the simplicity of this armor. It’s streamlined and would seem to give much more flexibility to the Spartan wearing it.

Athlon is a name brand for a micro processor.

By the way, Athlon comes from the Greek άθλος (athlos) meaning ″contest″. Seems appropriate, given it’s using in multiplayer, huh?

3 thoughts on “A look at Halo 5 Guardians Beta Armor: Athlon”