Well the first ever HCS Grand Finals are in the books and Evil Geniuses are the winners! 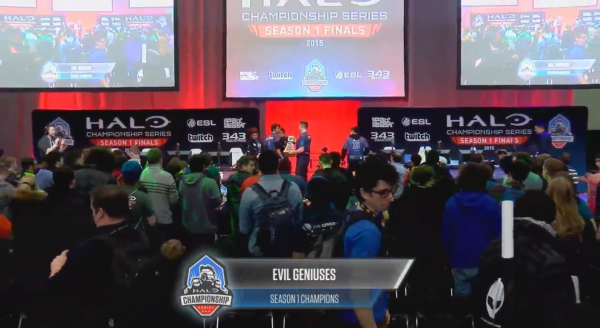 Here’s the team just after they were handed the trophy.

A bit closer up. I like it! Nice touch with the Halo Ring. 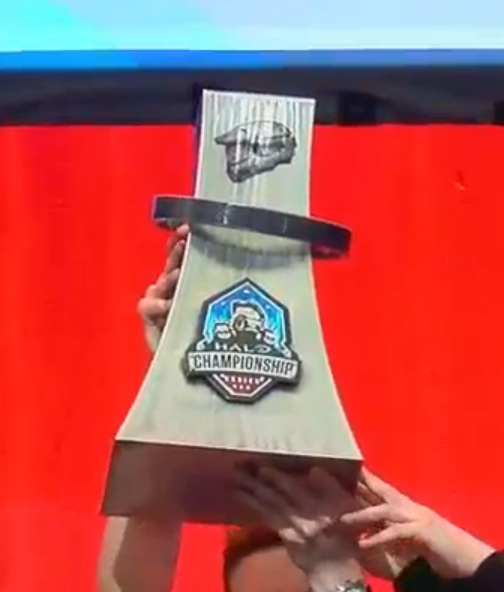 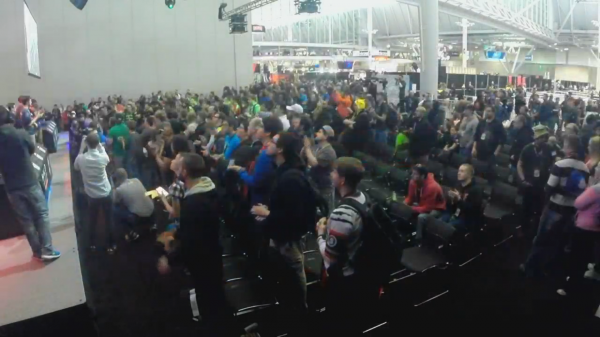 Okay, enough of the people shots, let’s take a look at the path EG took to get to and win the Grand Finals during this finals weekend at Pax East.

Only having lost 3 total games all weekend, EG was dominant. I should give a shout out to Noble Black who had to not only fight to get the 8th spot, but rallied to place third this weekend. CLG had it a bit tougher than I think they were prepared for. While they did win their first round handedly, the next three rounds went 5 games with the latter giving them their loss into the losers bracket. They did beat Noble Black to make it into the Grand Finals. However, Evil Geniuses proved too much for them winning 3 straight and sweeping them for the championship.

Evil Geniuses looked good all weekend. Their record during the whole season and specifically during this weekend’s finals proved they not only deserved to be there, but to be the eventual champs.

Here’s a look at the prize money breakdown. Man, that is some sweet dollar amounts! 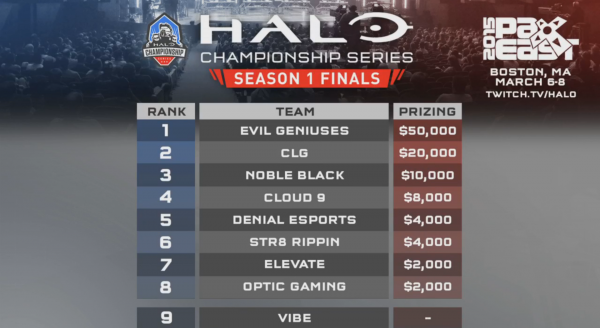 As always, we were treated a lll weekend to an excellent team of casters, with the grand finals being called by none other than GoldenBoy and Bravo.

I hope you had a chance to watch at least some of the games. If not, I believe you will be able to see them on Halo’s twitch stream at twitch.tv/halo

Man, this has me pumped for next season!!
-Sal