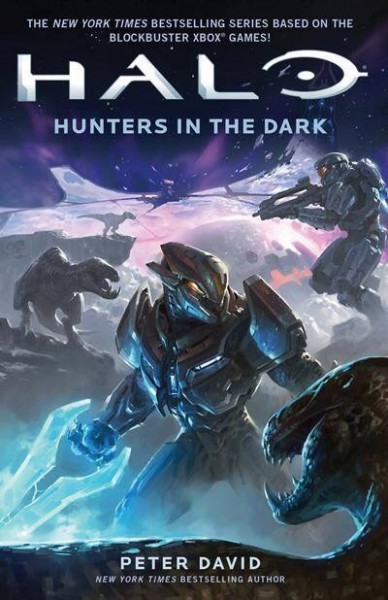 Hunters in the Dark, a Simon and Schuster publication, was written by Peter David.

Here is a brief description of what’s to come: (Potential SPOILERS)

It is 2555, more than two years after the Master Chief went missing-in-action following a decisive conflict on Installation 00—the massive, extragalactic Forerunner construct known as the Ark—as part of the final chapter in humanity’s bloody thirty-year struggle against the overwhelming forces of the Covenant. Now, as a tenuous peace exists between the humans and the Elites, a startling scientific discovery is made…and the riddle behind its Forerunner origins could very well seal the fate of the entire galaxy within a matter of weeks. In order to unravel these dangerous secrets, a heroic, hastily formed coalition of humans and Elites must attempt to overcome their differences as they embark on a covert mission back to the Ark—an astonishing, enigmatic place beyond comprehension from which few have returned and where mortal danger awaits them all…

Thanks to Isaiah for passing the intel along to me.
-Sal

3 thoughts on “New Halo Book: Hunters in the Dark”