HFFL: Wondering what this pic of a Golden Civilian Warthog is doing here in an article about HUNTtheTRUTH? Have a listen below and you’ll find the answer… 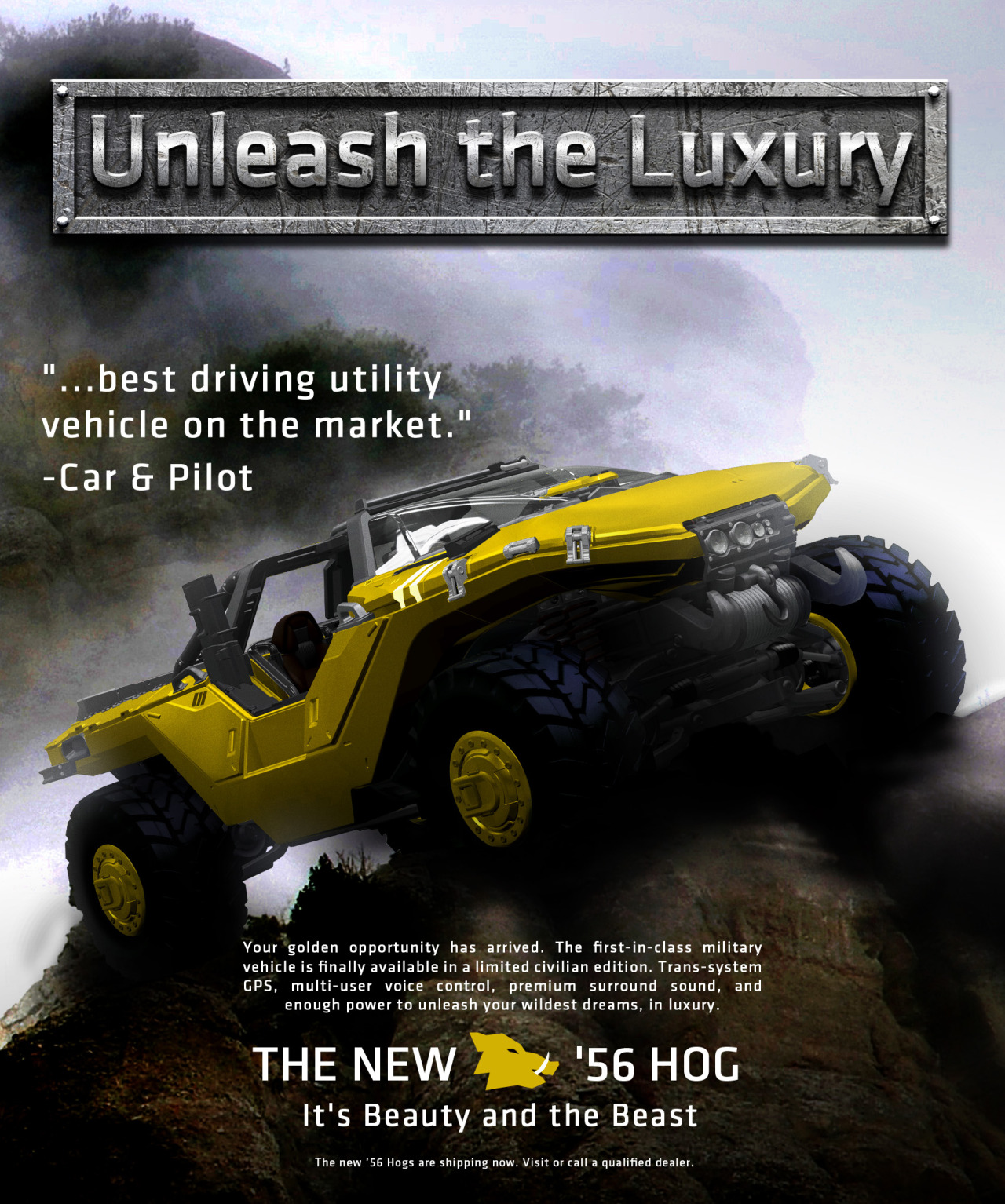 False Advertising
I couldn’t believe my ears. From hocking Hogs on Ganymede to shilling fake stories about the Master Chief, Walker’s taken us all for a ride.

HFFL: In this episode of HUNTtheTRUTH, Ben Giraud finally gets the answer he’s been looking for, but is it one he really wants to know? This episode paints a new picture on the start of the Spartan program. What about the clones?

Have a listen to over 18 minutes of ONI deceit, an ODST’s retribution, and a reporter’s revelation:

For those of you, like me, who are steeped in the lore of Halo, this isn’t news to us. But one thing I had never really thought about before was the pain that those clone kids went through. Their fragile young lives were only made to be destroyed. That is tragic, even if the outcome was the likes of Master Chief and company.

Gah, I almost forgot to put this in completely! What if Pharaoh is actually either Halsey or better yet, Cortana reborn? It would be much easier for Cortana to infiltrate ONI/Gov’t than Halsey. I’m still not 100% on Cortana having ‘died’. When she says ‘most of me is down there’, I think she was referring to herself as downloading herself into earthbound servers. There is no ‘down’ in space. And we just can’t expect that Cortana would use that phrase incorrectly, rampant or not. Ok, there’s my mind running wild with conjecture again, LOL.