Four of the new Halo Mega Bloks sets shown from New York Toy Fair have started hitting store shelves. The following images are credited to Liam Schwickrath. (I did a little retouching to make them less blue in hue)

First up is UNSC Fireteam Rhino. 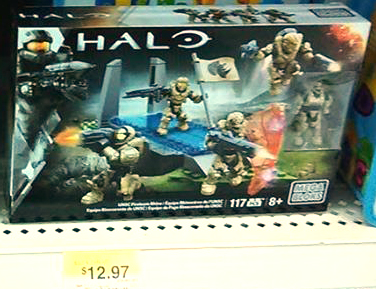 This set is very similar to Fireteam Eagle. The disadvantage here is that it has one less figure. That color scheme though is much better, IMO.

Here we have a new set that has Prometheans. It’s the first ‘fireteam’ of sorts for the Prometheans. 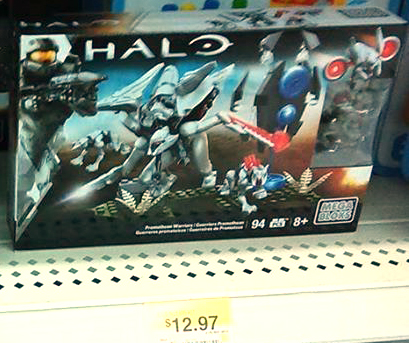 If you haven’t yet got your fix of Promethean figures, here’s your chance to army build them! Personally, I wanted more Knights, so this will be a good set to get.

This Arctic squad is virtually the same as the previous Sierra Squad. 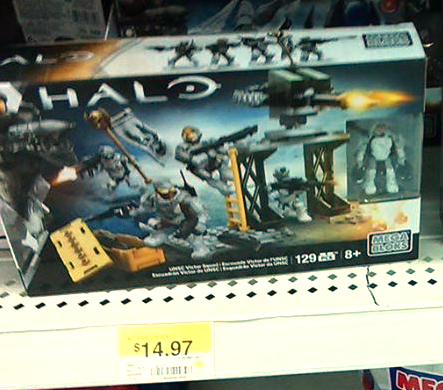 Again, the notable exception is the Arctic set has one less figure for the same price. Well, that and it has a white color scheme as opposed to the green one from Sierra.

Finally, we have Fireteam Taurus. 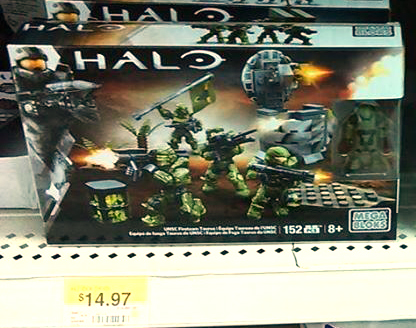 This set has the never made before (in Mega Bloks form) Wolf Spider Turret. This is sure to be a great selling set. Not only due to there being Green Spartans, I know many Halo Mega Bloks fans have wanted to Wolf Spider turret to be made.

Now as to why there are different price points for the sets, I dunno. Get them as you see them as I don’t suspect they’ll be on toy shelves for too long.