On a tip from fellow Halo fan, Laird MacClean, I researched this to find that another actor has taken the helm as voice actor for Spartan Locke in Halo 5 Guardians. I tweeted this out yesterday: 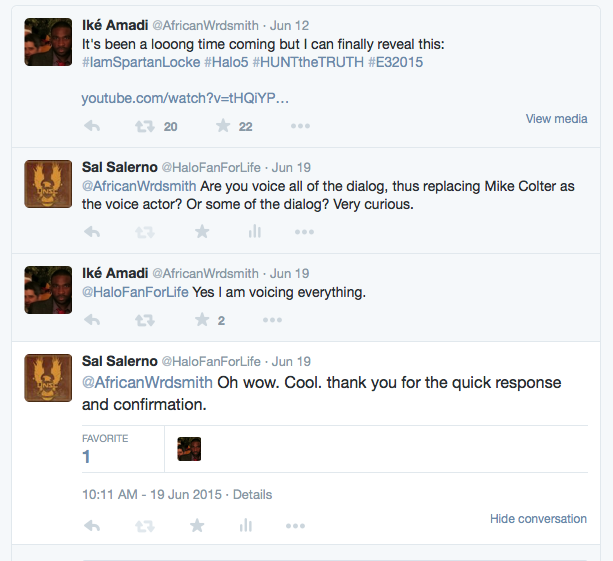 It had been found on IMDB that both Colter and Amadi were listed as the voice actors for Spartan Locke.

This has also been confirmed by Frank O’Conner on NeoGaf. He stating that they worked with Colter and his schedule so that he could fulfill his roll as Luke Cage for Marvel’s Daredevil.

This isn’t the first time we’ve had a different actor do the acting and another do the voice. Recall in ‘Forward Unto Dawn’ that Daniel Cudmore (Colossus in the X-Men movies) was the physical actor, while Alex Puccinelli was the voice actor.