Previously, I revealed three of the figures from the first wave of McFarlane Halo 5 Guardians action figures, Locke, Chief and the MP Athlon Spartan.

Now I’m happy to reveal the complete series 1 figures. This was confirmed by James Monosmith of 343.

Below we have from left to right: 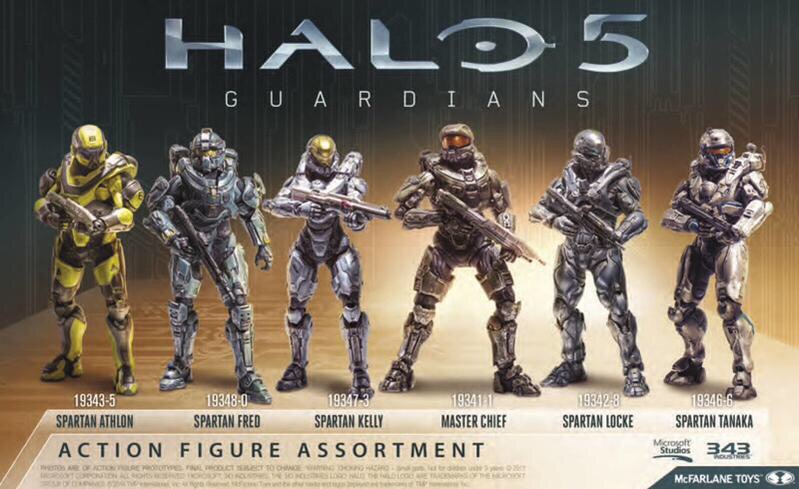 So I bet you’re asking yourself, where are Linda, Buck and Vale? While I can’t speak with assuredness, it seems likely those three might appear in a later series. As soon as series two?

That certainly is my hope, along with the new Golden Armored Arbiter, Halsey and finally Lasky, who was supposed to be in one of the Halo 4 figure series.

So what do you think about the choice of figures for this first wave of Halo 5 Guardians figures from McFarlane Toys?

I’m pretty stoked. I’m also glad to see that McF didn’t shy away from female characters. We’re getting TWO of them in this series!

Look for these this fall!