Here is the official text from Darkhorse:

An unexpected ally joins a team of Spartans for a dangerous operation—a secret mission into a hidden Forerunner world where the mysterious site known as the Absolute Record awaits!

Now check out the cover and the first 5 pages of the book, previews courtesy of DarkHorse. That last preview page tho!! 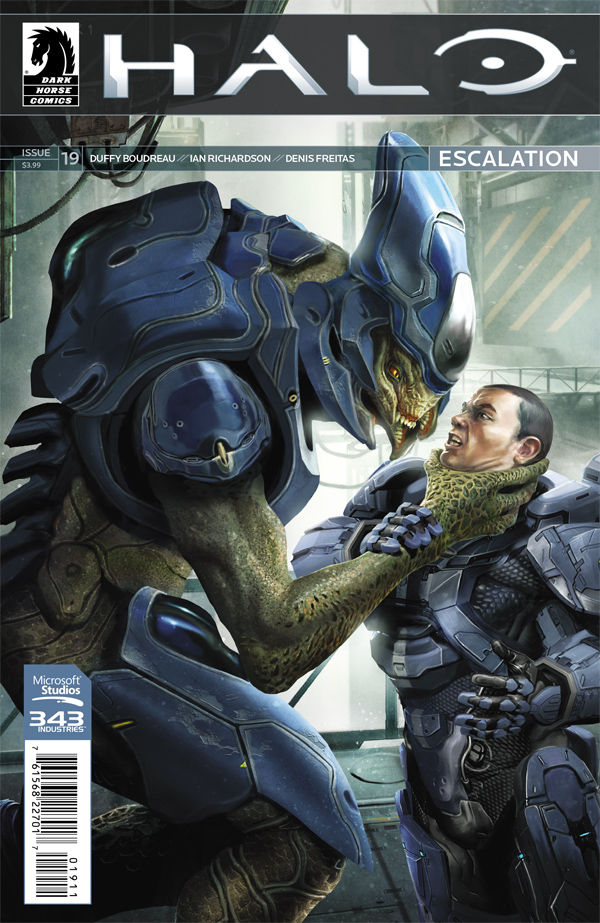 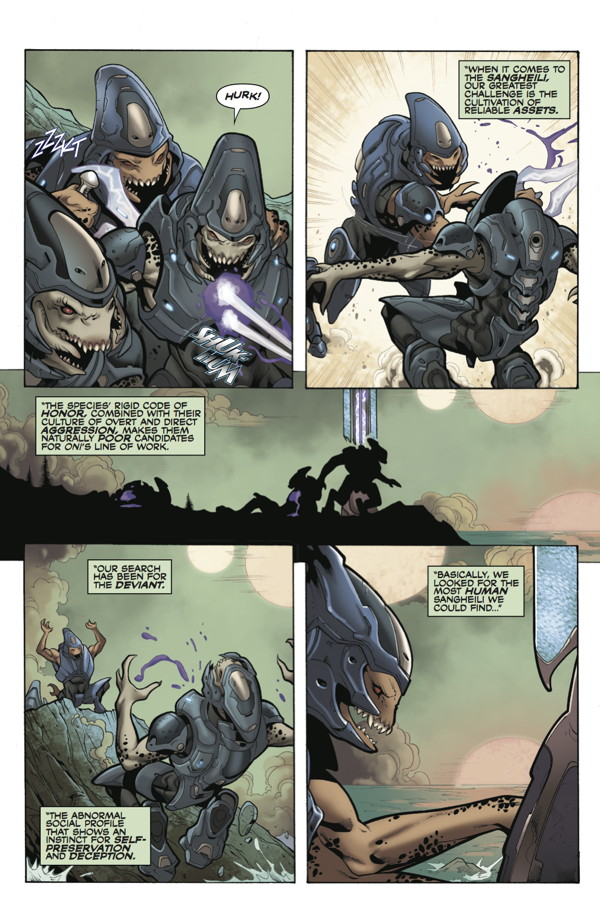 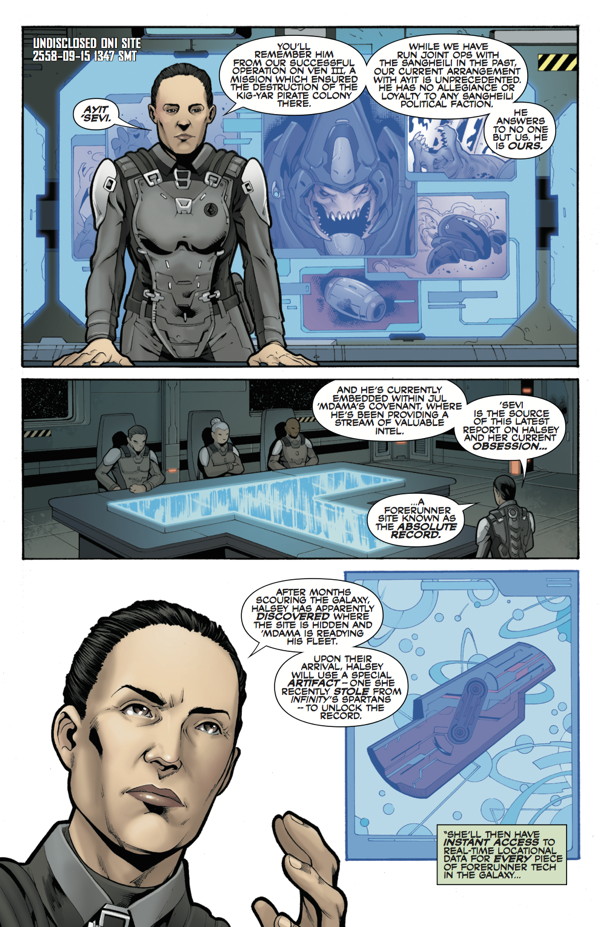 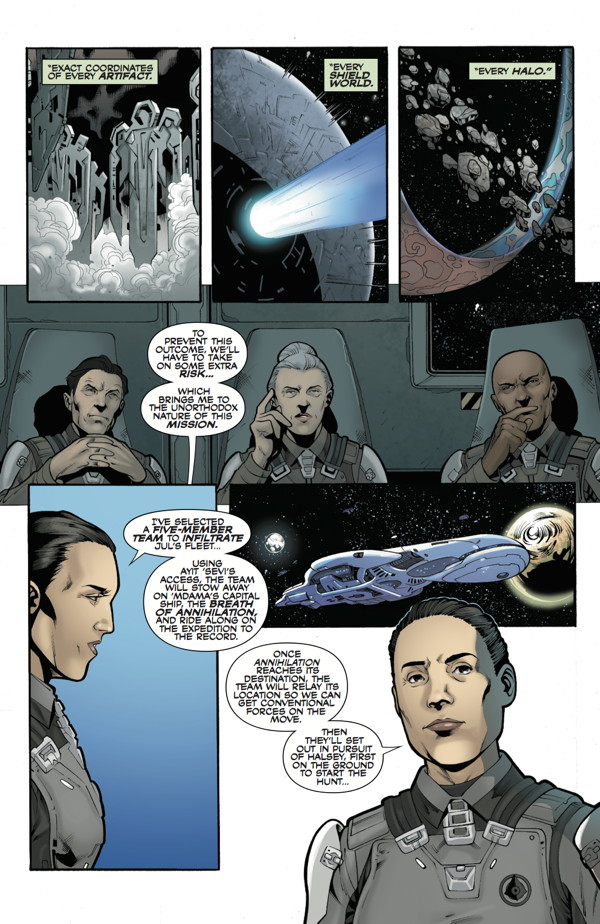 Now let’s get into talk about this story within this issue. SPOILERS AHEAD!! You’ve been warned!

We get another glance at now Spartan Tanaka and find out she was on the Infinity the same time as the events of Halo 4. In fact she was with Fireteam Domino. You may recognize that fire team as they were mentioned in Spartan Ops.

Near the start however, we are greeted with a high level meeting involving Admiral Serin Osman, former Spartan Candidate, now ONI’s director.

She brings the other officers up to speed regarding the engagement with Halsey and mentions the Absolute Record. The Absolute Record, you may recall was also mentioned in Spartan Ops in Halo 4. That Forerunner location gives the location of every Forerunner Shield Word, Halo and more. SO it’s imperative that the UNSC get to Halsey before she can unlock its secrets.

Next we see Sarah Palmer making use of the War Games holodeck. She’s fending off a Green armored Hunter. (As you see above). Palmer is still livid about her confrontation with Halsey and is taking out her frustration by putting in triple the hours in War Games. Captain Lasky has words with Palmer regarding this and the potential of Palmer not staying on point during the next mission. She along with Spartans Thorne and Tanaka will be part of a team tasked with getting the location of the Absolute Record, stopping Halsey and hopefully attaining the Janus Key. They are also accompanied by Dr. Henry Glassman as well as an Elite. This Elite doesn’t have allegiance to the Arbiter or Jul ‘Mdama or any of the Covenant. He’s a merc for hire.

The humans are stowed in a Covenant storage container for the trip while the Elite manages to join up with Jul’s armada. Upon reaching the destination the final portal to the Absolute Record starts to open. However, in the process destroys some Covenant ships. Along with this the team has to break out of the container and find some means to escape the impending disaster.

The story starts off a little slow. I think that’s deliberate as it builds to a crescendo during the last half of the book with the cliffhanger at the end of the issue. The art is well done. Much of which is dark in tones. Dark tones in themselves help to pronounce the mood of a story and they do so very well in this issue.

If you’ve been reading the series, don’t stop now. There looks to be something around the corner that could be very exciting. If you’re new to the series, definitely jump in here. You can always buy back issues direct from DarkHorse.com I of course always encourage you to buy from your local comic book stores first if possible. They are part of your community and it’s always great to support your local businesses.

So let me know if you’ve read this issue and what you think of the story and where may it go?