“The Absolute Record” part 2—Operation: ATHENA is underway and there is no turning back. Will Commander Palmer’s team survive the treacherous journey into an ancient vault of Forerunner secrets?

Here’s the cover, follow by the first SIX pages of the comic book, courtesy of Darkhorse: 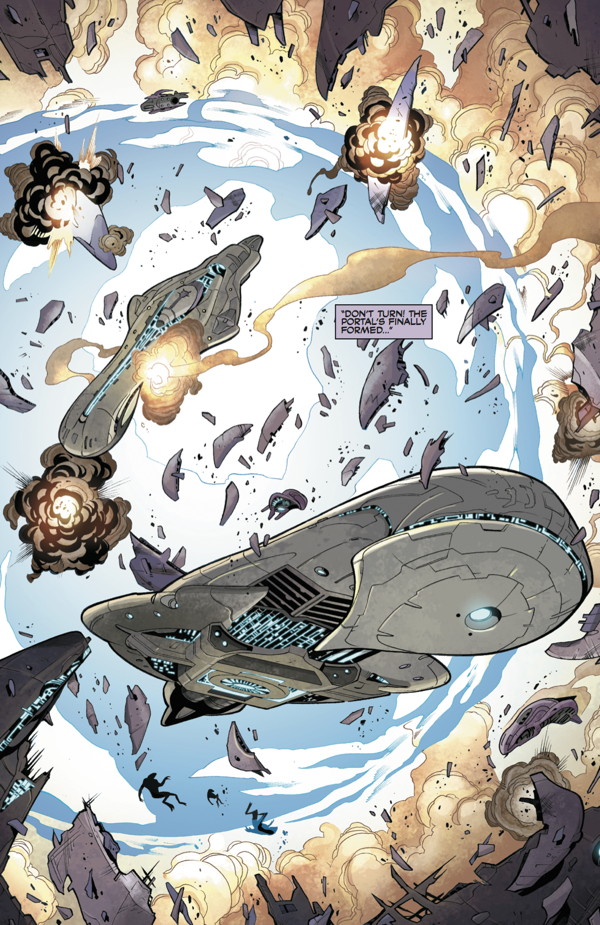 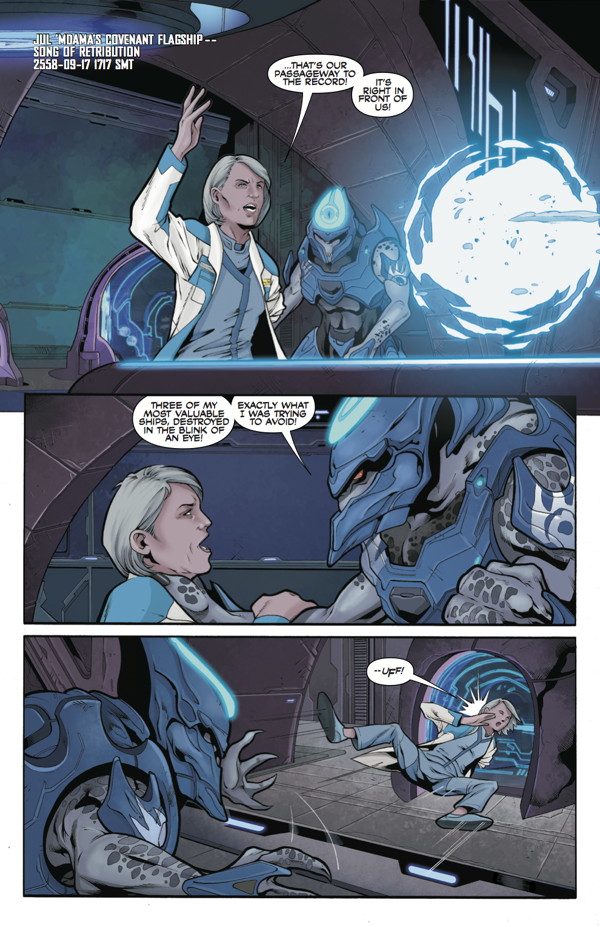 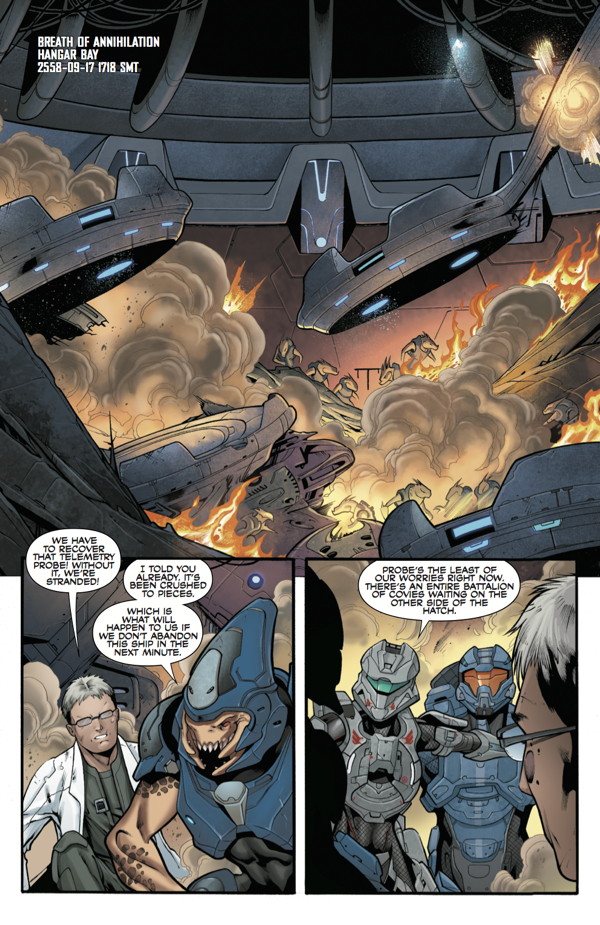 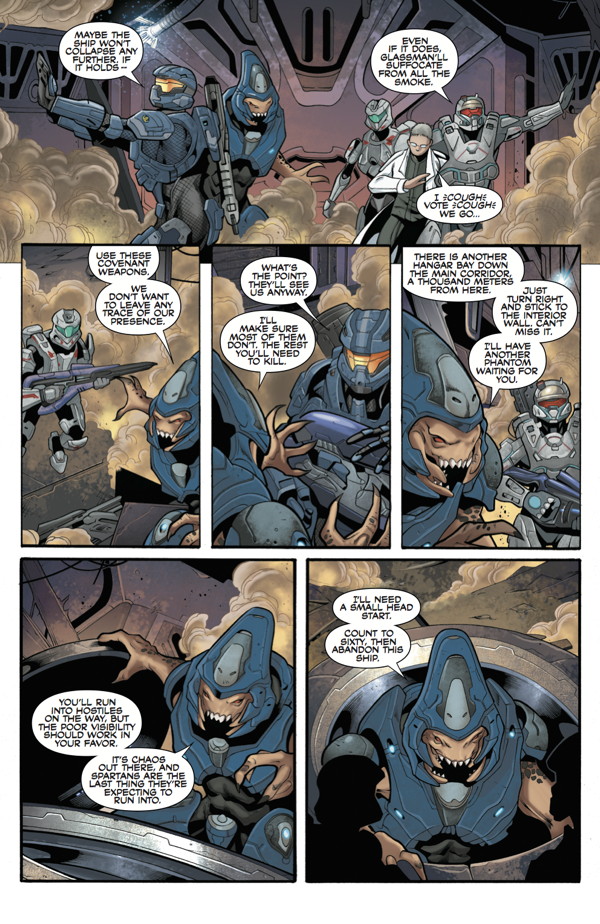 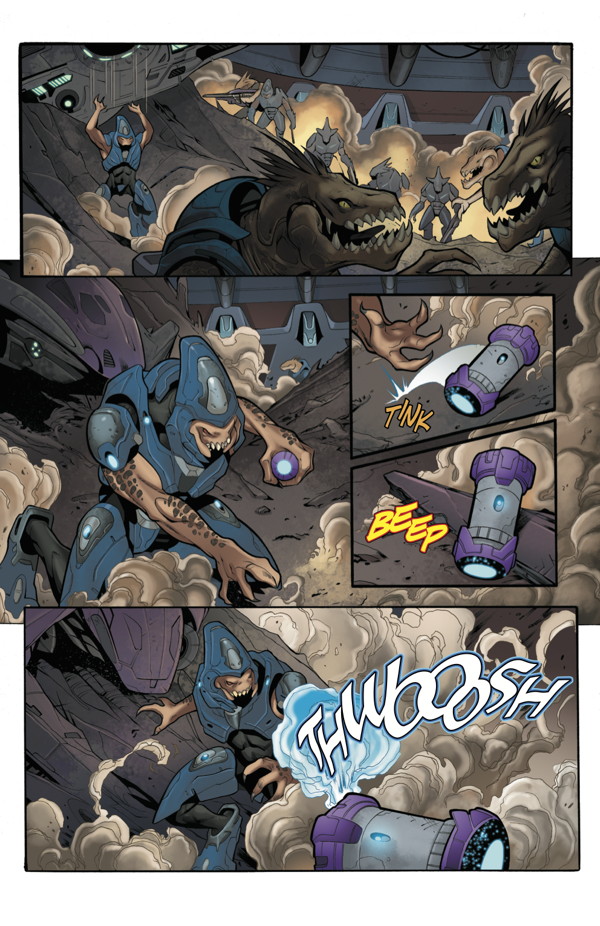 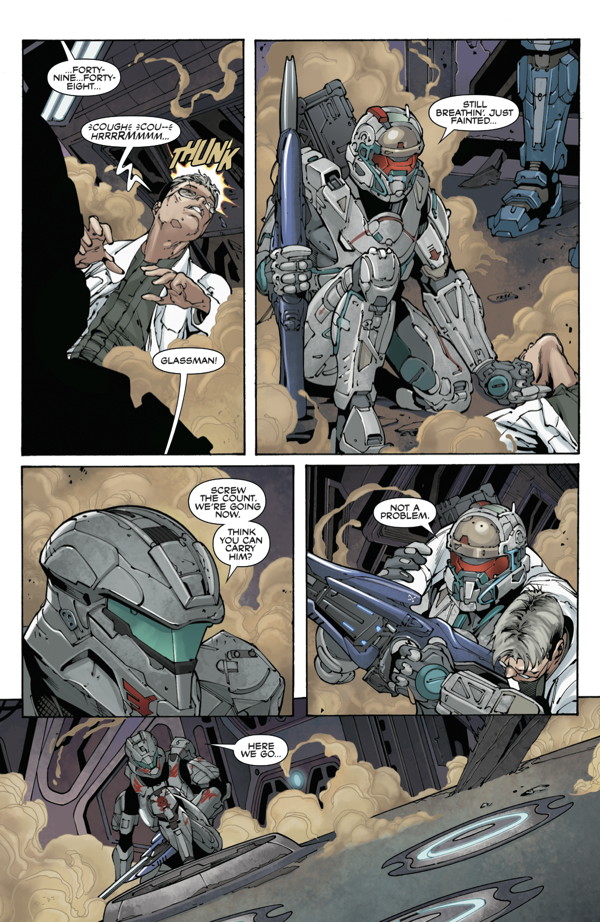 If you haven’t read the whole book, you might want to stop reading further, if you don’t want to be spoiled. You’ve been warned.

This issue continues the journey to the absolute record as well as a Spartan team’s infiltration of Jul ‘Mdama’s fleet.

Jul, as you may have read above, is increasingly becoming impatient with Halsey and blames her for the loss of some of his ships.

In the meantime, a Spartan team, led by Commander Sarah Palmer, are trying to avoid being killed from an ever collapsing starship, due to damage from a misaligned slipspace jump.

There is a frantic battle between the Spartan fire team and Jul’s forces. We even get a glimpse of the Halo 5 style Wraith!

With the help of an Elite, not loyal to Jul, all but Thorne stow aboard Jul’s ship as it makes it’s final jump to the Absolute Record. In the meantime, the Elite and Thorne fly off in a Phantom towards another ship, the Annihilation. This so that Thorne can get word to ONI of what has transpired.

Between this, Halsey and Jul have a heated discussion, in which Halsey points out that once they get to the Absolute Record, Jul will be deemed a god amongst his race.

Of course rumors spears quickly in Jul’s fleet of the spartan incursion. With the Elite and Thorne on approach to the Annihilation, they find that Sali ‘Nyon is aboard that ship. Thus creating a possible distraction for them.

Jul’s ship, the Song of Retribution, makes the jump, into which seems an enormous tunnel of epic proportions that has many Forerunner structures within. Now, this COULD be another shield world, as it looks slightly similar to the opening from Requiem, but looking out, instead of looking in. We’ll have to wait and see if that rings true in the next issue.

Okay, so that’s the story. Let’s talk about some of this, shall we?

First, allow me comment on the art. This issue by far has the BEST art of any of the issues of Escalation to date, in my opinion. The colors are strikingly rich and bring many of the images alive!

The story is fast paced. with the battle scenes being pretty intense in some places. The tension between the renegade elite and the Spartan team is palpable enough, though not mission breaking.

Now, I know that’s not saying a ton, in a review. Why? Well, this issue simply needs to be bought and seen! While the story is good, the images are what really make this particular issue spectacular. Though of course with the two-page spread at the end showing the slipspace point of what is presumably the Absolute Record, well… the next issue, promises to have something exciting in store for us!