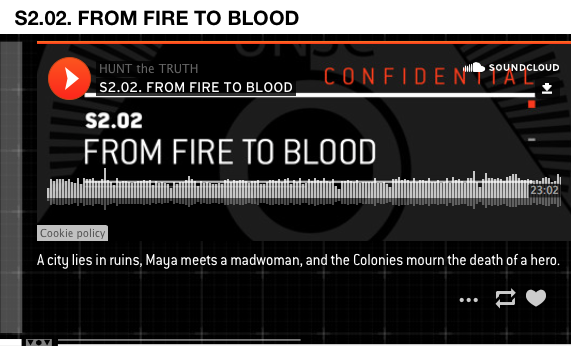 A character that has appeared in the Halo comics makes her return in this episode of Hunt the Truth. A very POWERFUL character… 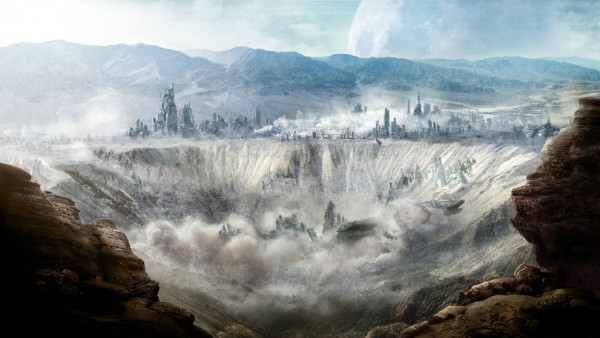 The human language doesn’t have a word big enough for the thing on Conrad’s Point. “Pit” or “hole” or “crater” – they’re not big enough. “Impossible,” maybe. And yet there it was. Horrible and possible all at once.

A city lies in ruins, Maya meets a madwoman, and the Colonies mourn the death of a hero.

Okay, so you’ve listened to this episode yes? (If not, don’t go further as there will be spoilers)

Fero (Maya) really put herself at risk, huh? Well, really ONI did that to her. And killing off Ari? WOW! Ilsa Vain’s appearance isn’t completely unexpected, given her presumed escape in the Halo comics.

Conrad’s Point is a location that was shown in a hologram in the Fireteam Osiris intro. I think it’s a little odd that Black Box has an English accent. Hmm, is that an homage to Jarvis from Iron Man??

It’s definitely no surprise that ONI would hit the NCA (New Colonial Alliance), even with their operatives still at the location.

This half mile crater though…Likely the spot where a Guardian will come out of. Well, that’s my guess anyway, based on the E3 2013 trailer.