A couple of days ago, Josh Holmes took to the Halo Waypoint forums and answered some of the questions forum users have posted, regarding Halo 5 Guardians.

Below is the uncut/unedited questions and responses. 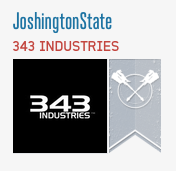 Hey guys – pooping back in to address some questions that have accumulated over the day. I’ve extracted a bunch out of the thread to make it easier to read rather than quoting a dozen different posts:
1. Will Ricochet come back down the line even say as a weekend social mode?
It’s possible, though you are likely to see game types like Grifball and Oddball before Ricochet makes an appearance.

4. I know that no previous Halo has launched with Team Doubles so why not use this opportunity to right that wrong with Halo 5? What was the thought process behind it’s exclusion?
Quinn has spoken to our desire to have a focused set of activities in matchmaking at launch. We’ll be continuing to update and expand those activities once live as part of the ongoing programming for the game, including some of the more niche experiences like Team Doubles. These will likely be featured in rotation at first and if they gain enough population, considered as persistent additions.

6. Regarding the Weekend Social playlist addition, will there be more than just one playlist made available under this social banner every weekend?
Each week there will be a community vote between three different playlists, and the playlist with the most votes will be featured as the Weekend Social activity for that week.

7. Why is there no dedicated Capture the Flag playlist under the “Arena” (not the playlist Team Arena) given that CTF has always shown to be a very well supported and desired playlist?
We don’t have a dedicated CTF or Team Objective playlist at launch, choosing instead to include objective modes as part of the core Team Arena playlist that features the best modes from across Arena. Currently team objective modes make up 54% of the play in Team Arena (not including Breakout, which features a neutral flag as a secondary objective). CTF and/or Team Objective are things we will likely offer as a rotational playlist and if we see strong interest from the community (consistently high population), we may graduate to a persistent playlist.

8. Can we expect to see the return of Ricochet, (Team) Regicide, Extraction, and Dominion in some form within Halo 5? Basically, is 343i interested in bringing these game-types to Halo 5?
It’s unlikely that you’ll see Dominion because we already have Warzone as a large-scale base capture/defend experience. The others will be considered based on community interest.

9. How long do you anticipate it being before we see an additional mode or two added to Warzone beyond the basic variant and the Base Assault variant?
We don’t have plans for additional modes in Warzone at this point. There is a ton of depth and replay in these two experiences, each of which plays very differently to the other.

10. All those fancy vehicle and weapon variants like the ONI Warthog and Longshot AR, can we use them in Custom Games and Forge?
These are not currently usable in Custom Games or Forge, but we may rotate them into matchmaking for Arena as part of the core weapon set for maps in that experience.

Source link (and YES, he typed POOPING, not popping…LOL)