The Price is a little high at $58 since the set has 426 pieces. Using the simple 10 cents per piece guideline, that should put the set at about $43 dollars. TRU is known to boost up the prices of their exclusives though. I bought this when there was a “buy one get one 40% off” sale. The other item I got was the Covert Ops Wolverine. So between them I paid what retail should have been on the two sets. This set takes up a bit of space, however you can always take off the little connecting pieces and display the individual tower differently. The addition of the mongoose is nice. It’s a slightly different design from earlier versions and the “shark grey” color is fantastic. This goes for the Spartan figs as well. More to talk about, so I’ll do so during the pics views. I was really surprised with how quickly this set came together considering the number of pieces included. It was a fast build for me. I expected it to take another hour at least to build.

Here are the pics.
Click on images to see a larger version. 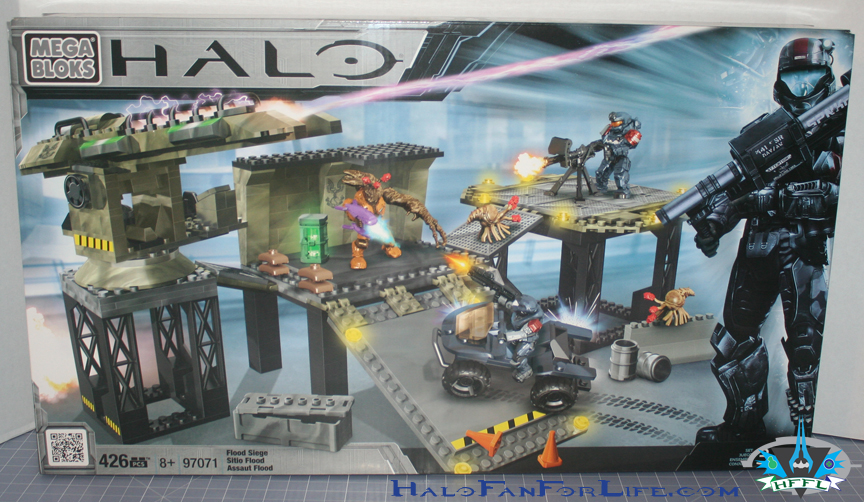 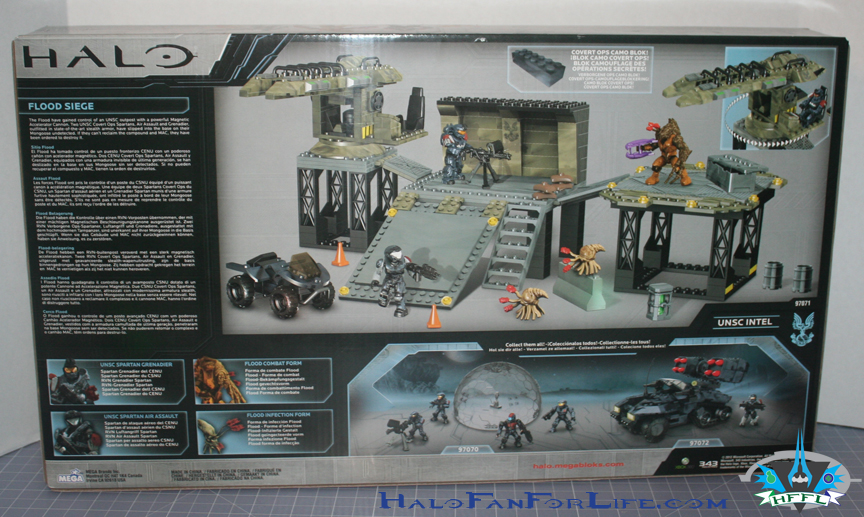 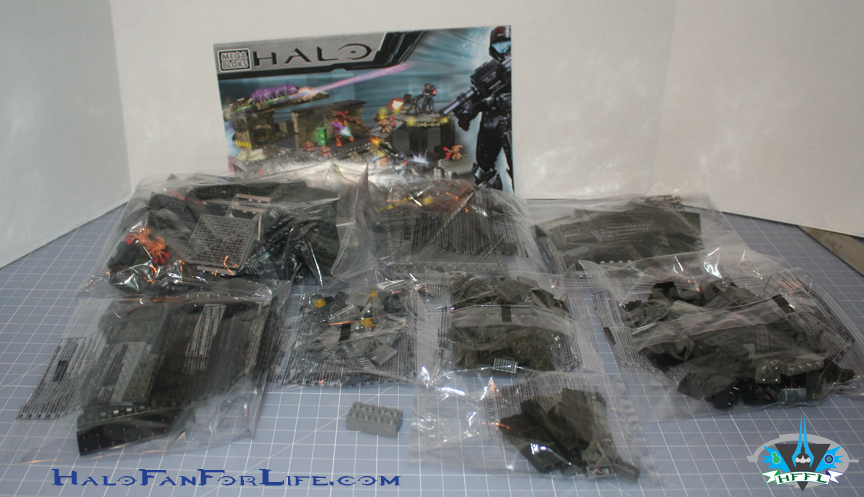 The contents of the large bag in the upper left corner are shown below: 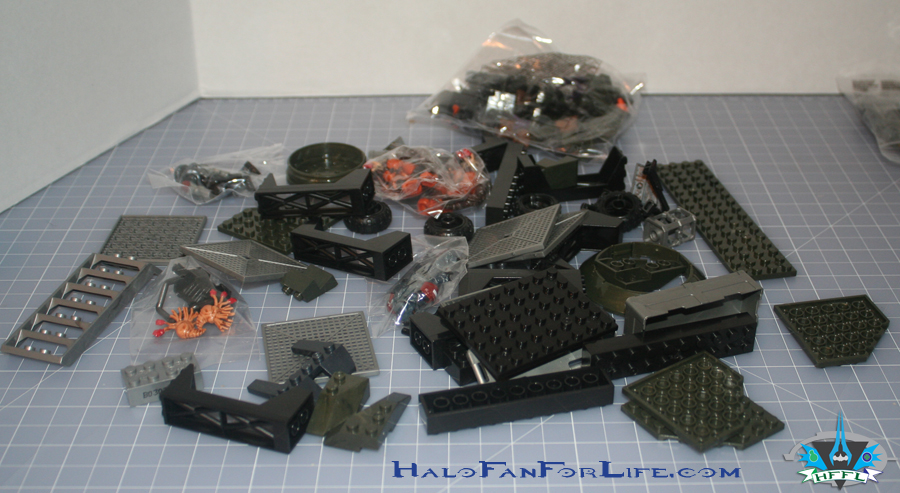 The pieces sorted into the brickyard below:

Note the back end fenders are different from the original mongeese.

The center structure comes together below. 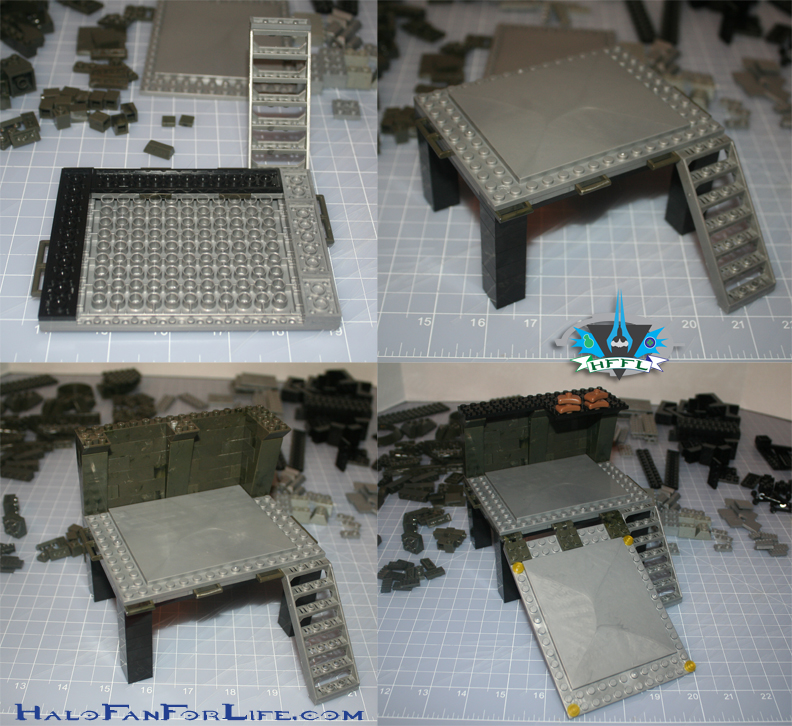 Next the landing pad: 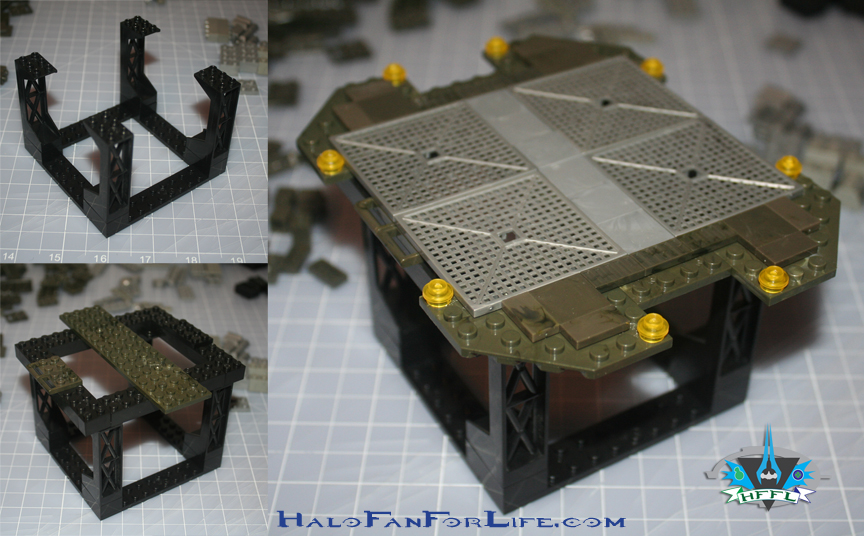 The next few are of the Mass Driver tower and turret assembly:

Note the closest grey 2X8 plate is a different color. I fixed that after the pic was taken. 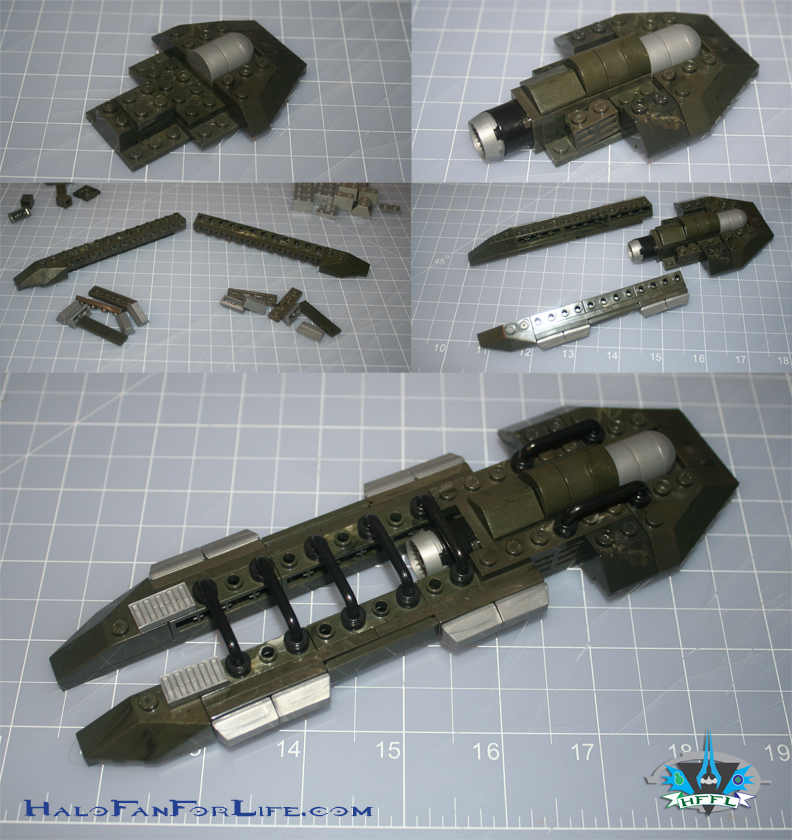 The mass driver above is by far the coolest looking part of this set.

Below is the pivot assembly for the mass driver. The following pic after shows the correct position of it on the Mass Driver. The directions are incorrect initially, but a step or two later show it in the right position, so be aware of this when you build yours. 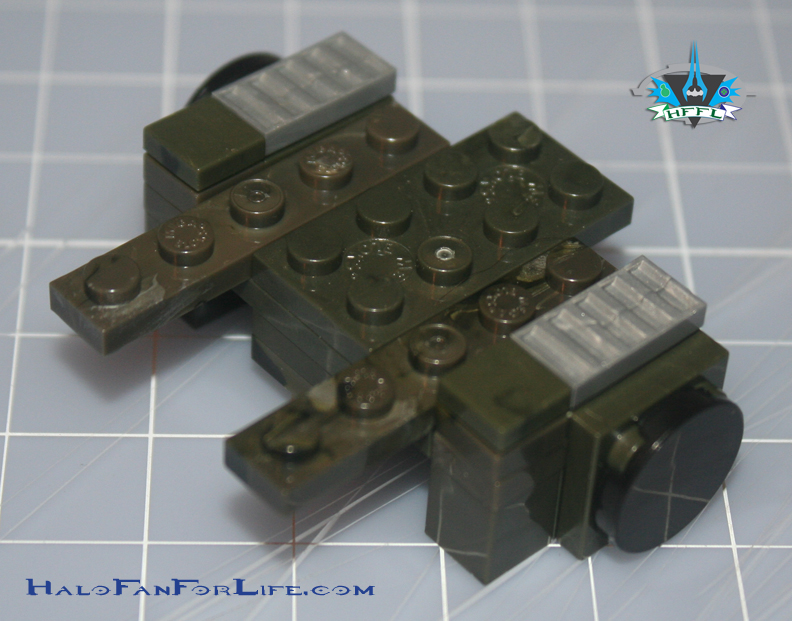 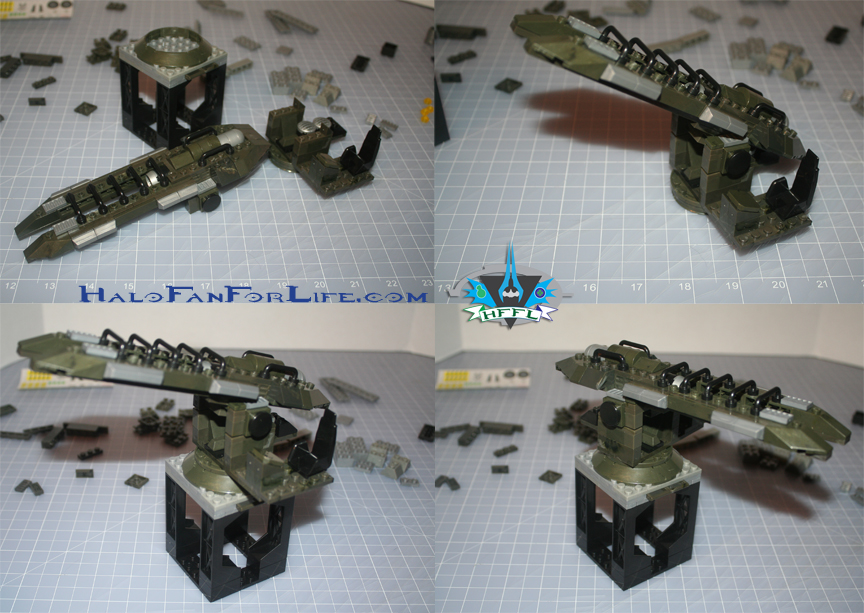 Here are the two connector assemblies for putting the towers together.

The completed set: It’s important to note that I went away from the instructions for the jersey barrier. It calls for it being one long barrier. However, there were enough of the right color pieces left over to easily make two smaller ones. 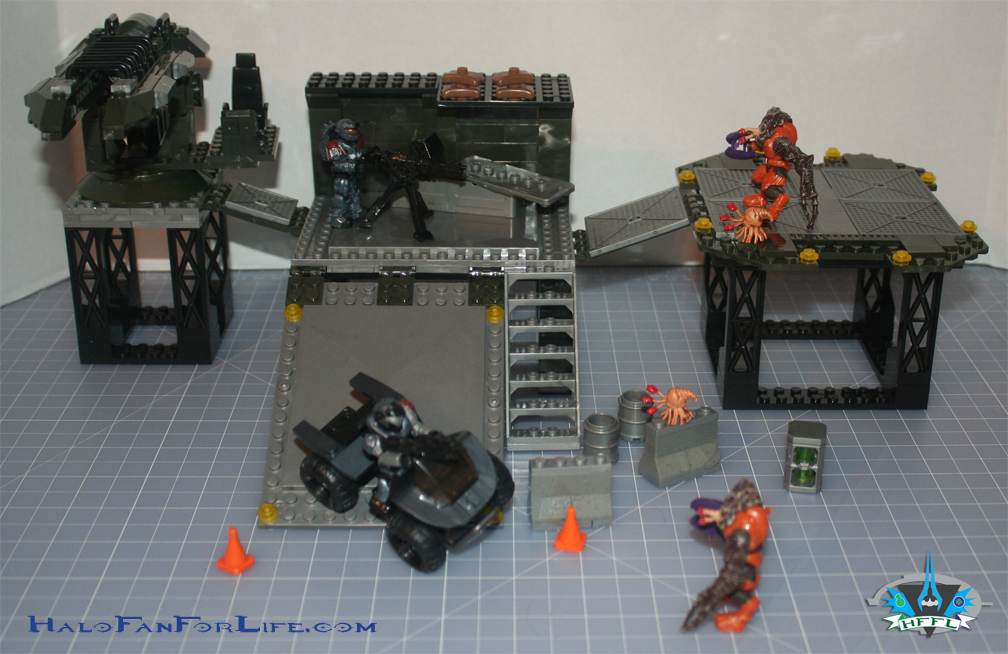 A closer look at the minifigs and weapons: MEGA did miss an opportunity with the Elite Flood figs. It would have been great if they would have included the other arm as well as the standard elite Combat helmet in orange. This way, we could have made elites that were in the colors of Elite Officers from Reach. Ah well, maybe in another set…

Left over pieces (again noting mine would be different from yours if you choose to make the jersey barrier long as instructions show.) Instead of trying to make a mini of the set with the leftovers, I just cobbled the pieces together to make some sort of robotic hauler.

The sticker sheet. I almost never use the stickers to sets. I dont’ want them to fall off, become lighter in color or get damaged. So I just don’t put them on. 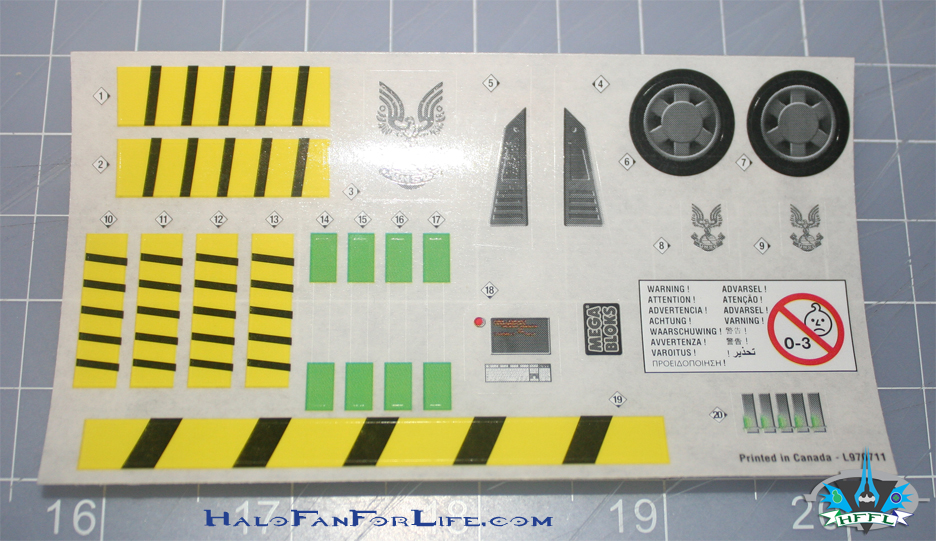 Summary: This is a good set. Not really from any specific Halo scene. Instead it utilizes parts from various games. The Mass Driver is definitely from Halo Reach, while you could imagine the landing pad for Halo Wars. The center structure is kind of own it’s own, but adds to the set nicely. The price may be a hinderance for some. If so, wait for a sale. TRU does have those regularly for Mega Bloks sets. I wouldn’t call this a must have set for every fan. However, for fans like me, it really adds to the overall collection. I think I’ll rebuild mine into a taller UNSC structure. It’s a good set to get an extra one of (at a sale price). I do recommend getting it.

Overall Rating: 4 out of 5 medals! The price is really the only major drawback to this set. It’s a good set, if unspecific to any particular Halo game. More flood are always welcome and that new shark grey color just stands out nicely.