Very soon we will be seeing these figures at retail. McFarlane was nice enough to show off these detailed pics of the upcoming figs. 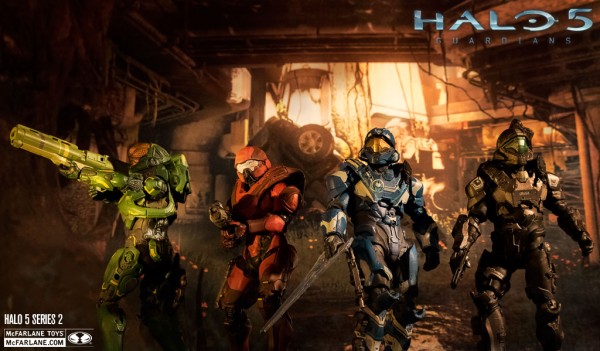 Let’s start from left to right from the above pic:

Spartan Hermes: This is a repaint of Kelly from Series 1 of the Halo 5 figures.

I happened to like this color scheme. Heh, any of you that are Green Bay Packers fans will LOVE IT! I do like that it comes with the new Halo 5 rocket launcher. 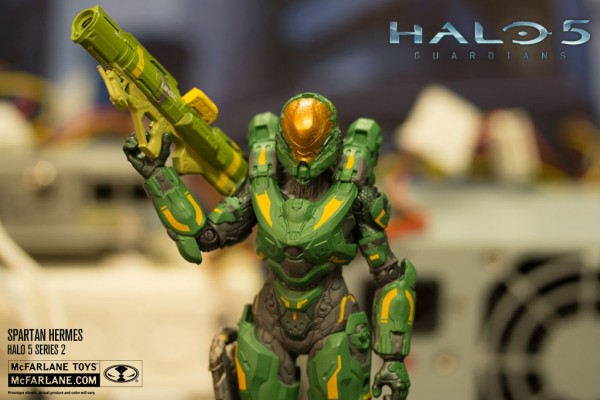 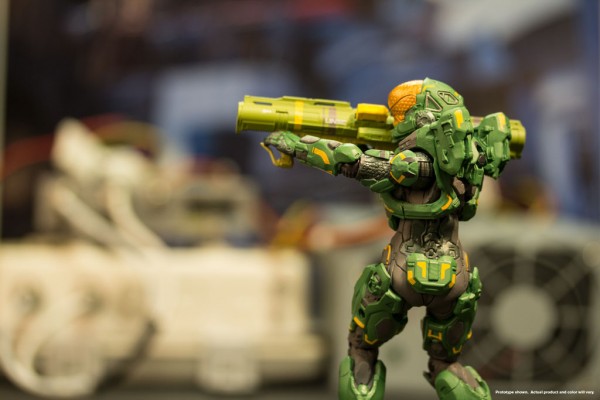 Just look at that detail! Nicely painted, both the figure and the weapon. The small hole on the side of the launcher is for a peg to be inserted, then that to be attached to the figure’s back, via a hole there. 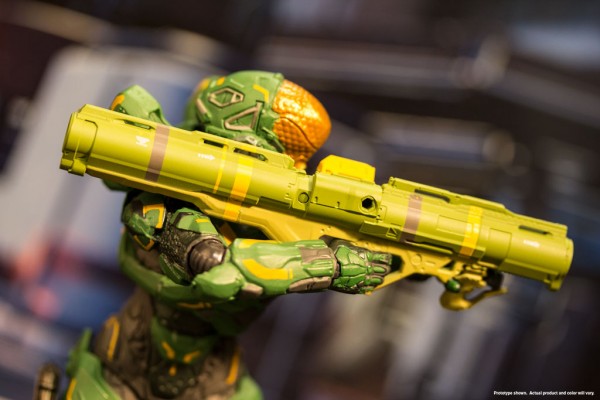 Additionally, there is a Boltshot that comes with the figure. Definitely happy to have options from which to pose the figure. 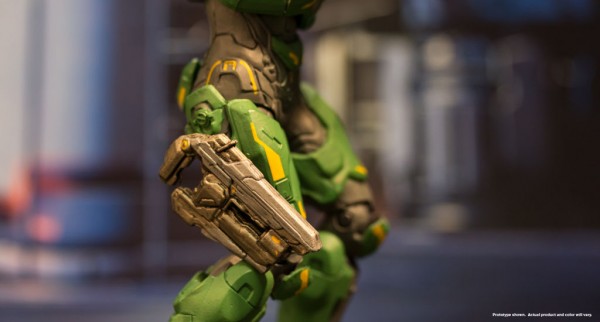 If you haven’t already bought McFarlane Halo figures, I highly suggest them. These are super articulated! 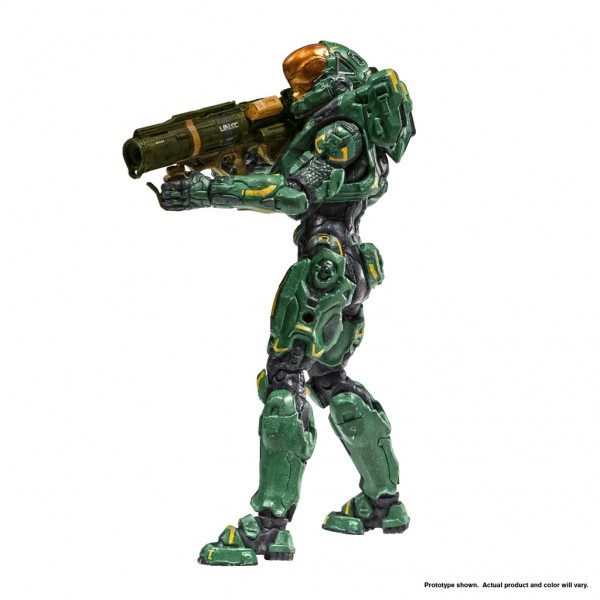 Spartan Athlon (RED): This is another repaint. In the first series, we actually got TWO Athlons. The mass retail version being yellow/black and the exclusive figure being blue/white.

This one is a red with what seems like maroon??

I have to say that Athlon is one of my favorites from Halo 5. I think it’s due to the sleekness of the armor. Though it’s slight similarity to football gear is another reason why I like it. 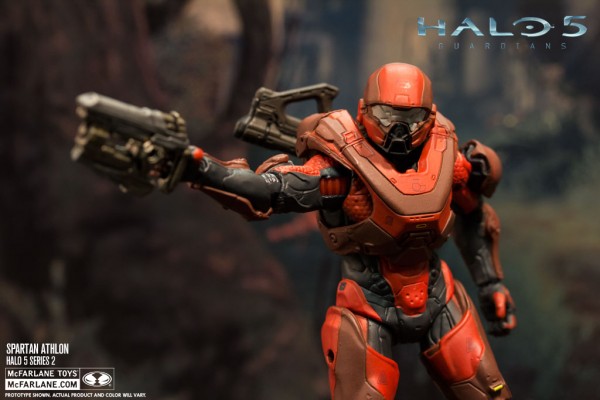 As you can see it comes with the Hydra. 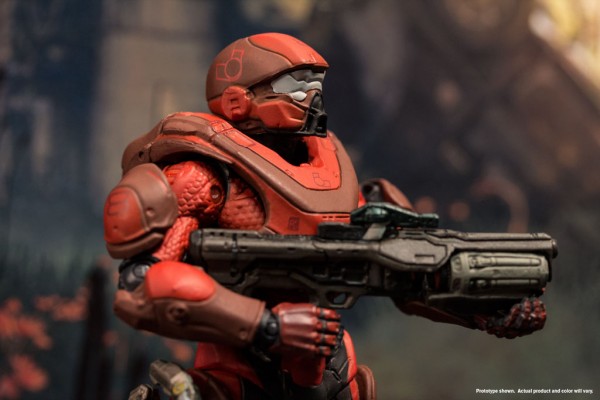 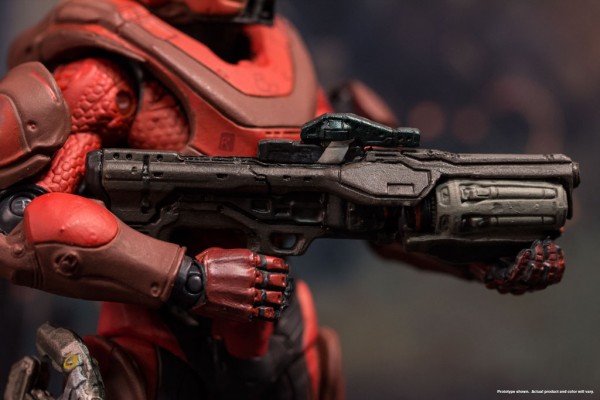 And also a Boltshot. 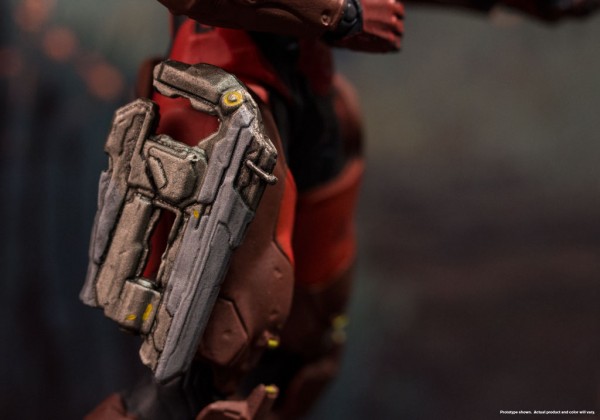 Here is a look at how weapons attach to the back of the figs. Not seen is the peg I mentioned earlier. 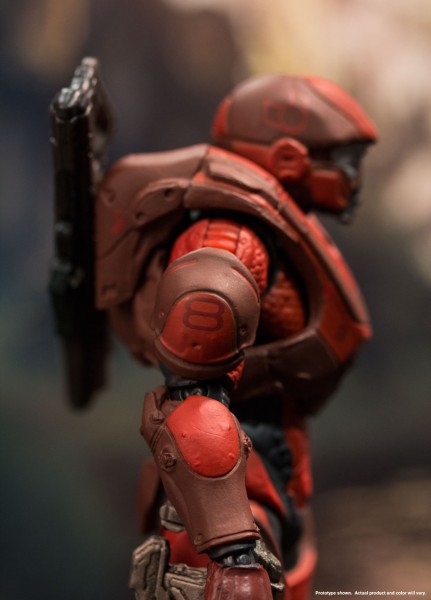 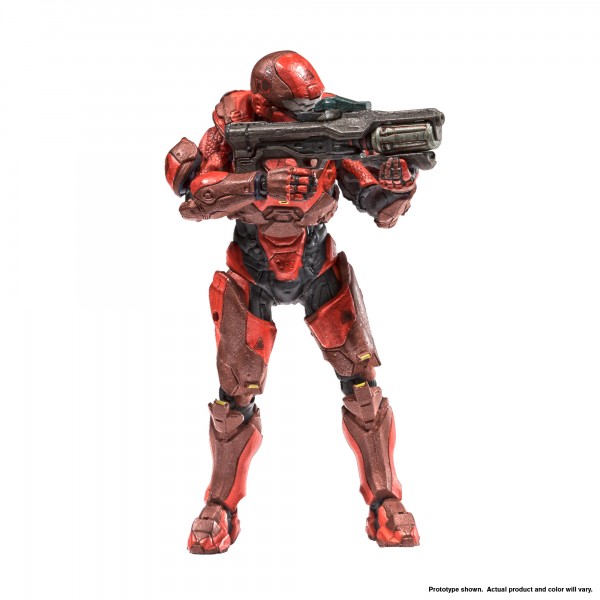 Don’t confuse this one with Buck, who is also part of this wave. 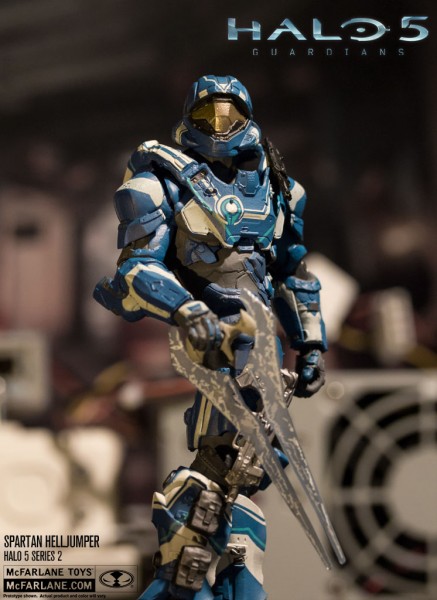 The armor skin on the Spartan is pretty darn cool. As you can see it includes an SMG.

As well there is a knife. I’m not certain, but I think this might be removable. 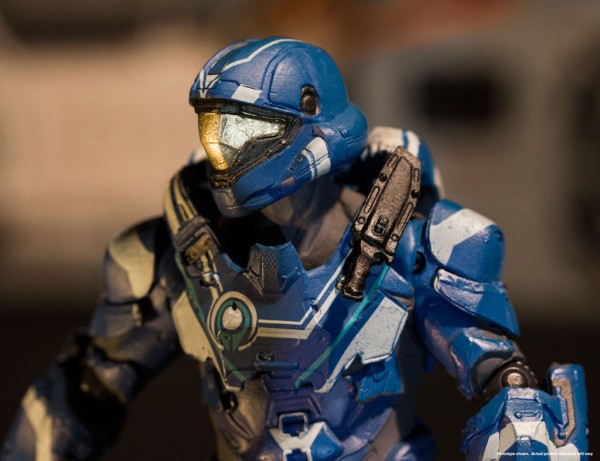 It also comes with this cool energy sword. 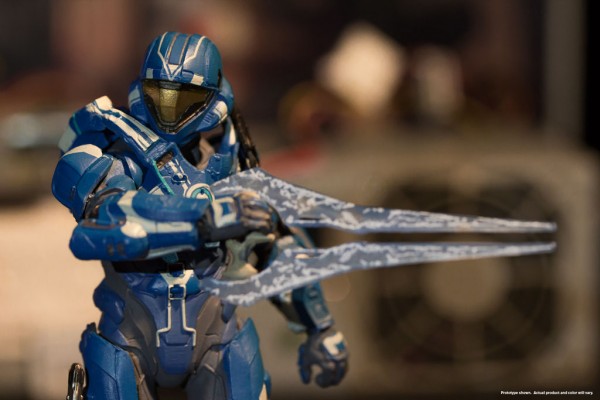 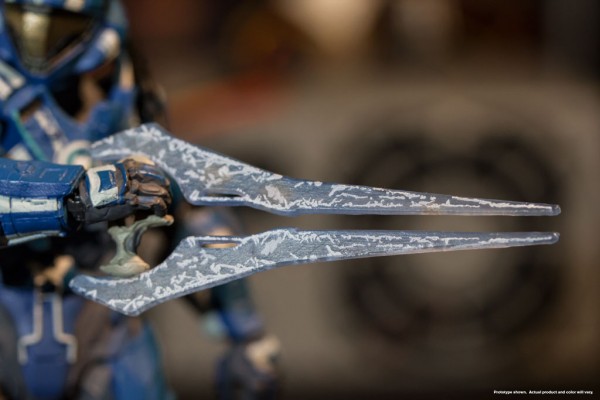 I do like that at least with a repaint, they’ve made it similar to the blue/white Athlon form series 1. Could this be a new Fireteam in the making??? 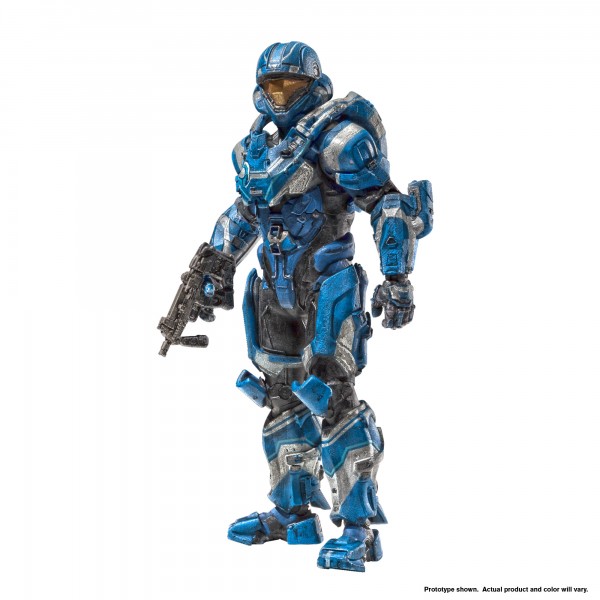 And finally, Spartan Buck!
Buck comes with a Hydra too. Note the Osiris emblem on his shoulder armor. 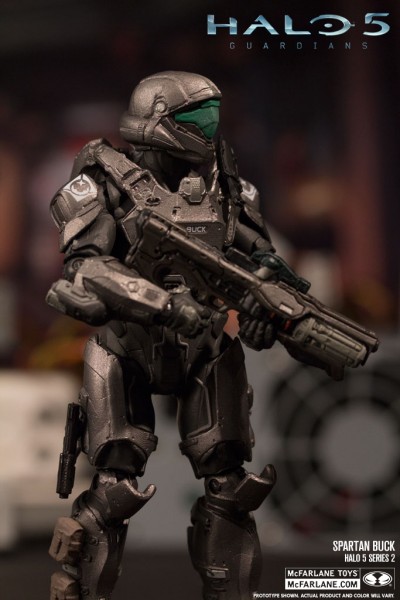 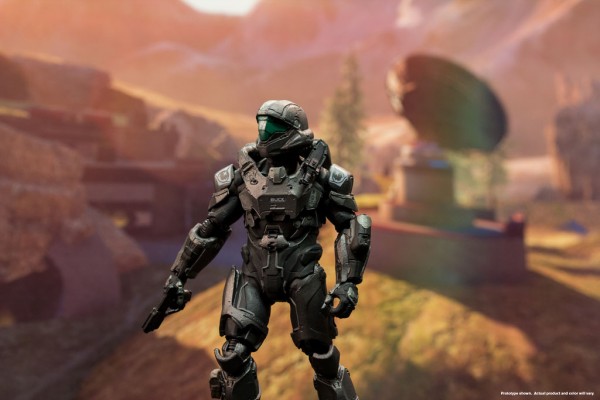 Just point and shoot….with a magnum! 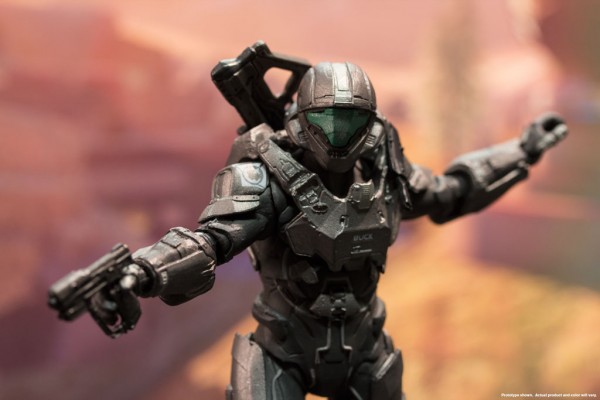 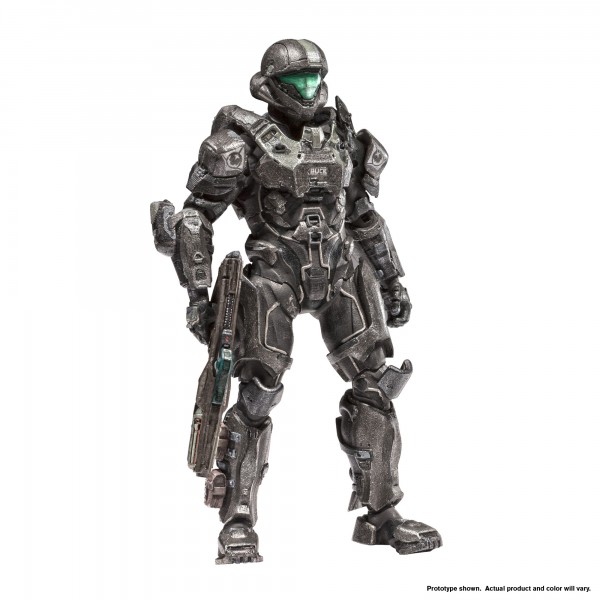 So what do you folks this on series 2 of the Halo 5 Guardians McFarlane figures? Detail is great as always. Which Spartans do you hope get made next?

I of course want McFarlane Toys to complete Foretell Osiris as well as Blue team. To that end, we only need Vale from Osiris and Linda from Blue team, once series 2 comes out.