Sixteen teams will play in the online component of the Summer Qualifier which will narrow the competition down to the top eight teams in the North American region. After these eight teams have been decided, they will be invited to compete at the ESL’s studio in Burbank, California on May 8. Once there, they will participate in double elimination groups with the top four teams earning their rightful place in the HCS Pro League.

Taking place on May 8, the in-person portion of the HCS Pro League Summer Qualifier will be broadcast live on the Halo Channel and Twitch.tv/Halo!

As a reminder, due to Counter Logic Gaming’s first place performance at the 2016 Halo World Championship, they have already received a direct invitation into the HCS Pro League. Evil Geniuses, the second team to secure a spot in the HCS Pro League, earned their place at the HCS Pro League Invitational at PAX East 2016 by taking down Team EnVyUs in the Grand Finals. While CLG and EG are safely onto the Pro League, there are still six more spots up for grabs. 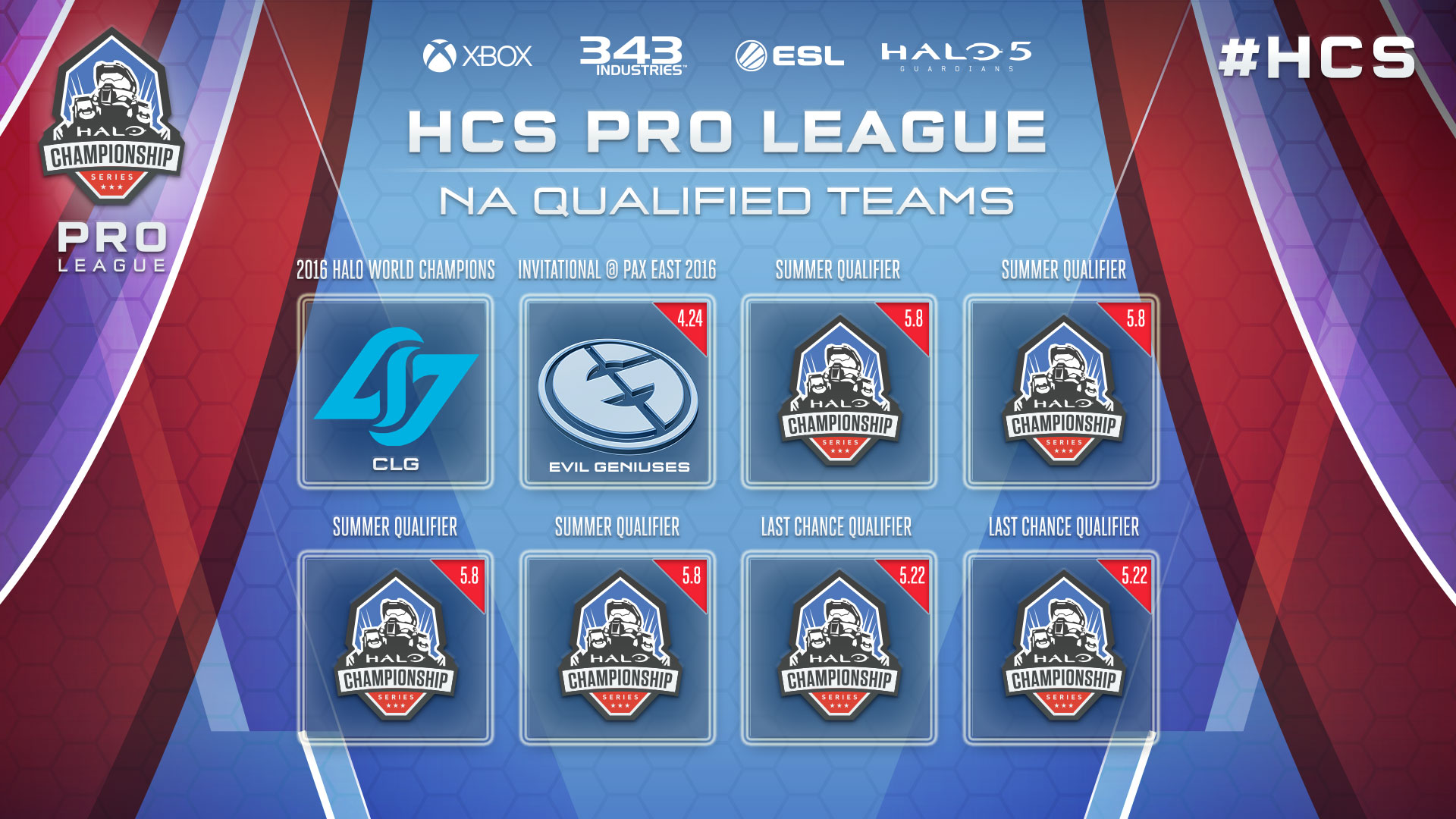 We can’t wait to see which teams come together in an attempt to enter the HCS Pro League Summer Qualifier and the Summer 2016 Season, and we hope you’ll join us on Twitch.

HFFL: Huh, yep, I called this on twitter. I just knew EG would once again make it to tournament rounds. I personally would have liked to have seen Optic Gaming or EnVyUs win instead. Nothing against the members of EG, I just like to see OTHER teams compete as well.

One thing is for sure, 343 is setting the parameters for what is/will be the future of Halo eSports. I do think that good in most respects. Instead of an outside company holding the reigns to that (and potentially drop Halo, like MLG did), 343 maintains control of how Halo will be presented to the public, regarding eSports.

I just hope that doesn’t pull away much need talent for the actual video games themselves.