This is reblog from Halo Waypoint. Visit the Halo Wars 2 section of HFFL to get all the up to date info on the game!

During the E3 2016 Xbox Media Briefing today, we were excited and honored to share a brand new glimpse into a long awaited sequel – and next great adventure in our universe – Halo Wars 2. Created by 343 Industries and Real-Time Strategy genre veterans Creative Assembly, Halo Wars 2 lets fans on both Windows 10 and Xbox One go from the couch to the command chair to lead their forces against the enemy throughout an epic campaign and intense multiplayer action. Plus, we announced an online Multiplayer Beta running from Jun 13-20 that you can

The brand new adventure launches on Windows 10 and Xbox One on February 21, 2017, and thanks to Xbox Play Anywhere, both the Xbox One and Windows 10 version of Halo Wars 2 are included with a single digital purchase, at no additional cost.

After decades adrift and declared “lost with all hands,” the brave crew of the UNSC Spirit of Fire are mysteriously awoken above an ancient Forerunner haven known as the Ark. In Halo Wars 2, Captain Cutter and his crew will face one of humanity’s most formidable threats yet: The Banished – a fierce and powerful Brute faction led by a cunning and lethal warrior known as Atriox.

HFFL: Can I saw first that I am EXTREMELY happy the the Spirit of Fire is coming back!

Brought to life through detailed in-game graphics and the incredible cinematic artistry of Blur Studio, the story of Halo Wars 2 explores a vital and exciting corner of the Halo universe directly after the events of Halo 5: Guardians

Halo Wars 2 lets players craft creative new strategies with an incredible array of units to take part in some of Halo’s biggest battles yet. With an impressive array of unique missions and modes, Halo Wars 2 will challenge strategy fans, story buffs, and gamers of all skill levels in fun and rewarding ways. Here is an early overview of some of the exciting new modes players will be able to experience:

Skirmish (Solo and Online Multiplayer Co-op): Test your battle strategies against a range of AI difficulty levels. Fight across all the environments and multiplayer game modes with as many AI and co-op friends (or enemies!) as each mode will allow.

Strongholds (Online Multiplayer): Playable on the E3 show floor, Strongholds is a fast-paced, timed game mode where the objective is to control more bases than your opponent when the timer stops.

Domination (Online Multiplayer): Available in the online multiplayer Beta, Domination, lets you build your base, build your army, and battle for control of the map and supremacy of the Ark! Take control of distinct nodes on the map and hold them long enough to win the game. There’s no time limit and a match will end when one player has held enough nodes to get the enemy counter down to zero.

Deathmatch (Online Multiplayer): Available in the online multiplayer Beta, Deathmatch will task players with building their base and army, but instead of fighting for map control you’ll fight until only one player remains standing. Outthink, outflank, and outlast your opponents.

Blitz (Solo and Online Multiplayer): Blitz is an all-new multiplayer mode that is an exciting addition to the Halo Wars series and offers a unique approach to RTS gameplay.  Look for more details on this mode to be released in Fall 2016 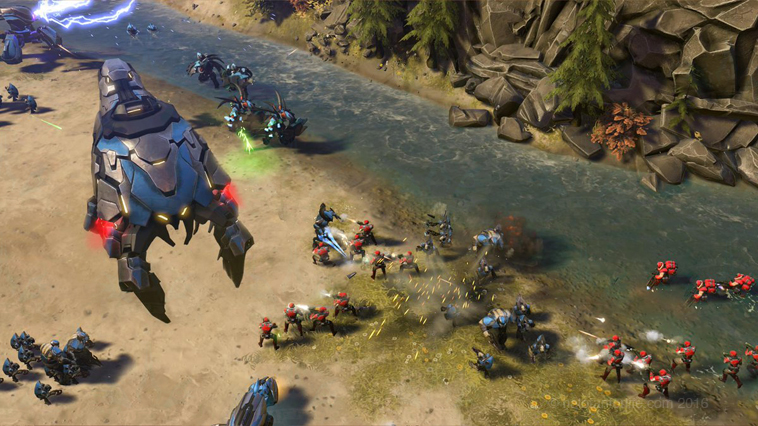 While Halo Wars 2 is slated to launch on February 21, 2017, gamers can get their first taste of the long-awaited sequel right now exclusively on the Xbox One through the Multiplayer Beta, which runs from June 13-20, 2016, and will feature two modes on two maps. BETA SCHEDULE

As if the Beta itself wasn’t enough, participation will also earn you some cool rewards to benefit your Halo 5: Guardians experience. You’ll earn one free Halo 5: Guardians Gold REQ Pack after completing your first game of Halo Wars 2 in the Multiplayer Beta, and two more free Gold REQ Packs when you complete your fifth game.

BACK TO THE BEGINNING

As an extra special treat, players who purchase the Halo Wars 2 Ultimate Edition will find a pretty awesome bonus – Halo Wars: Definitive Edition. A must-have for passionate fans of the classic Halo real-time strategy game, Halo Wars: Definitive Edition is an enhanced version of the original Halo Wars featuring improved graphics, additional Achievements and all of the DLC created for the original game – all running natively on Windows 10 and Xbox One.

Look for more information on Halo Wars: Definitive Edition in the coming months. 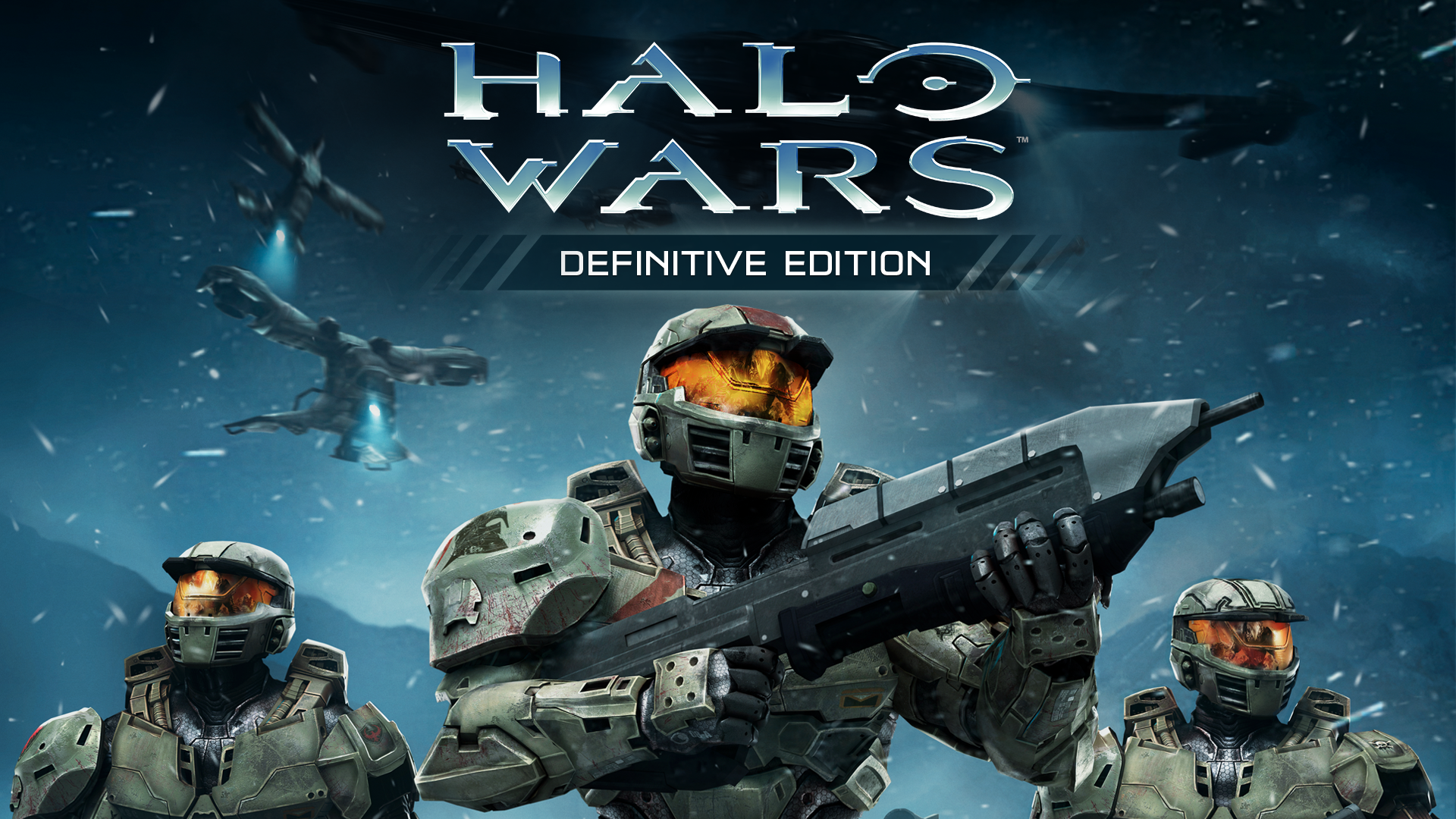 The launch of Halo Wars 2 is just the beginning of humanity’s fight with the Banished and this amazing new chapter in Halo and real-time strategy history. The Halo Wars 2 Season Pass offers great value for fans to extend their experience long after launch, with more than six months of regular updates that include a campaign expansion with exclusive missions, new Leaders with abilities that change the course of multiplayer battles, new Units that add to your multiplayer arsenal, and more.

“When Halo Wars was first mooted, it was kind of a flashback to the origins of the very first Halo – which, before Bungie legend Charlie Gough tinkered with the camera perspective and a few other things, was originally intended to be an RTS. The switch to first person shooter came naturally enough, and the rest is history, but that meant that spiritually, a Halo RTS was out there, waiting to be born, so when the chance to work with Ensemble on the twin challenges of crafting a Halo-themed RTS, and making that notoriously tricky genre work on console, rather than PC, we knew they had what it took. At that time, our franchise stories weren’t quite as interconnected, and our universe not very fleshed out, but it was still a great opportunity to introduce new characters, vehicles and big ticket items from Halo lore.

“That original game was a huge success. At the time, the biggest selling console RTS ever, but as you know, there was a long gap between that game and its sequel, and we were thrilled to go back – especially with such an incredible and experienced development partner in Creative Assembly. Not just to continue the story and reveal the mystery of the Spirit of Fire, but also to bring the game to PC, something we never got the chance to do, first time around. And during E3, you guys will get the chance to sample just a smidgen of it yourselves. It’s been a long time coming, and we hope it’s been worth the wait.”

“We’ve been quietly working on Halo Wars 2 for some time now. When we look at the franchise it’s been one of the tops asks from our fans, and we really wanted to make it happen. When I started talking about the game, I thought immediately of Creative Assembly to be our partner. RTS is a unique form of our art and Creative Assembly is top of that heap in my opinion. RTS has always been one of my favorite genres, and I was beyond excited when we officially got started with them.

“The teams gelled really fast, and it quickly felt like we were one team moving in the same direction. We have teams in the UK and teams here in Seattle, but really we’re just one team working in different locations. Our goal has been to create an amazing RTS game than anybody can enjoy; we have classic modes that fans would expect, but we’ve also been working on faster, more easy to get in and play modes for people who might be intimidated by the genre as a whole.

“E3 is a big deal for us. We finally get to show the world what we’ve been working on, and start to get feedback from the fans. I can’t wait to hear what they have to say!”

Whether you are watching from home, enjoying the sights and sounds of the E3 show floor, or joining on the Beta battlefields, we’re honored to celebrate some long-awaited Halo Wars 2 love with our incredible community this week. Make sure you keep it tuned to HaloWaypoint.com online and follow us on Twitter and Facebook, as we’ll have more information about the upcoming adventures of the Spirit of Fire and her crew later on this year!