This is a reblog from XBOX.com: 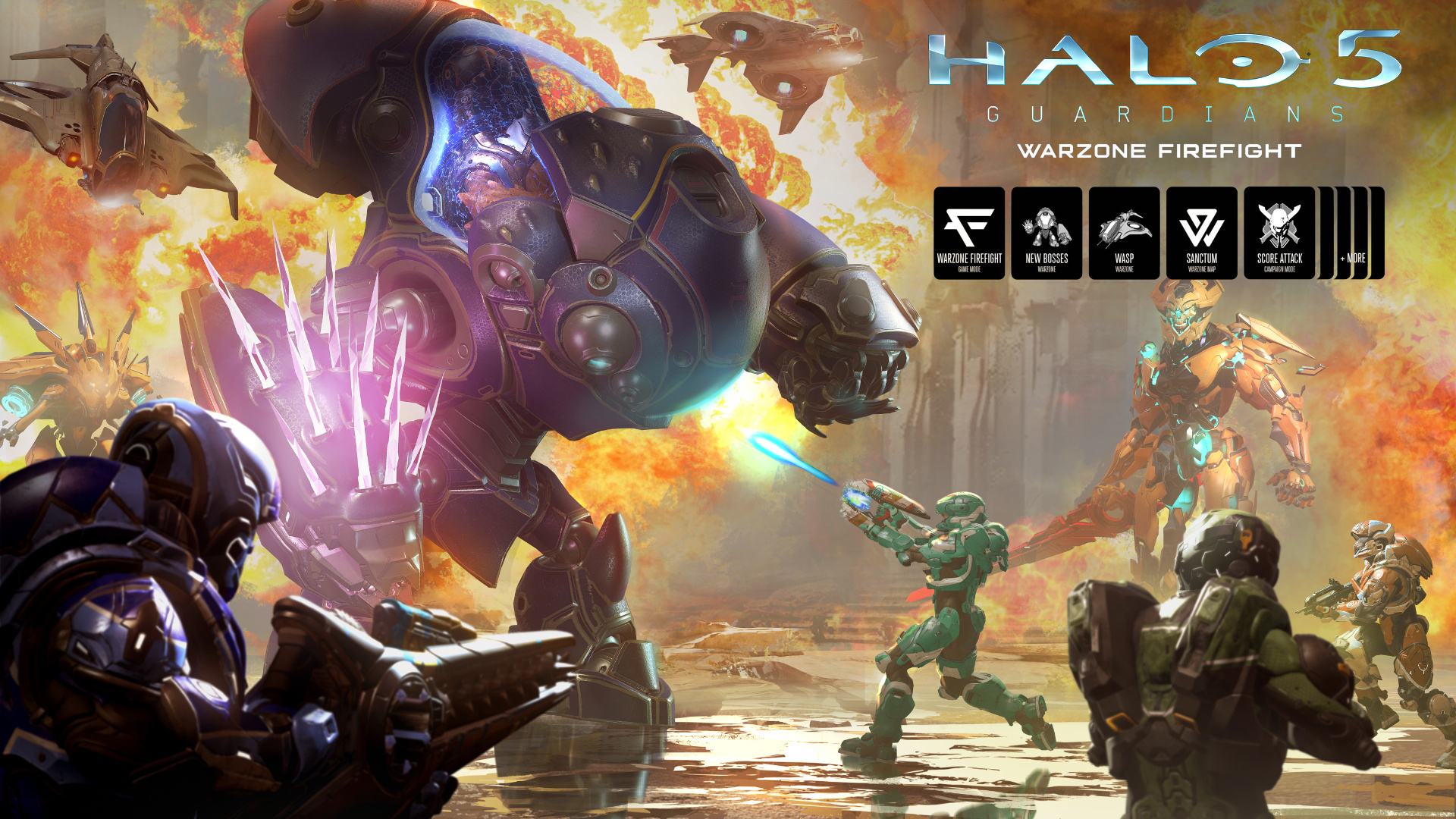 Since the launch of Halo 5: Guardians last October, fans have had a steady stream of free new maps, game modes, armors, weapon skins and additional customization options to look forward to each month. The eighth and latest free content release, Warzone Firefight – named after the eponymous new mode – is the biggest expansion to Halo 5: Guardians yet and will arrive next Wednesday on June 29!

To celebrate the release of Warzone Firefight next week, the full game of Halo 5: Guardians will be available to download and play FOR FREE to all Xbox Live Gold members from June 29 to July 5 as part of Xbox Live’s “Free Play Days” program. Additionally, Halo 5: Guardians will be on sale for 50 percent off during this same time. There’s no better time to join the Spartan ranks!

There will be more surprises to come as we approach next week – be sure to tune-in to the Warzone Firefight pre-release livestream on June 28 starting at 2p.m. PT via Twitch.tv/Halo and stay tuned to Halo Waypoint and Xbox Wire!

HFFL: I’ll have a short breakdown of the REQs shortly.

1 thought on “Warzone Firefight Comes to Halo 5: Guardians on June 29”