I’ve had a chance to play this new COMMUNITY-MADE minigame over the past several days. Let me say it is FANTASTIC! Honestly, I didn’t think something like this was possible in Forge. It just shows the absolute POWER of scripting in Halo 5’s Forge!

The following is a partial repost from Waypoint, with my commentary in BLUE as usual.

NIGHT OF THE MANTIS

A game mode that’s been taking the Forge world by storm, Night of the Mantis, caught our attention as well. In this minigame made by Julianoz1224, the only objective is to protect your base from waves of Mantises. While taking down Mantises, you earn points to purchase new weapons, grenades, and power ups that will in turn help fight off future waves. Julianoz recommends playing with four or fewer players, but the difficulty does scale for five to nine players, and then gets even more difficult with ten or more players.

HFFL: Folks, I can tell you for a fact, the difficulty DOES increase. I’ve played this with as few as 4 people and as many as 8. It gets a lot harder with 8, especially when you play it on harder difficulties!

MANTIS TYPES
The different types of Mantis you will face. Each type will reward your team with different points, as seen on the table below. 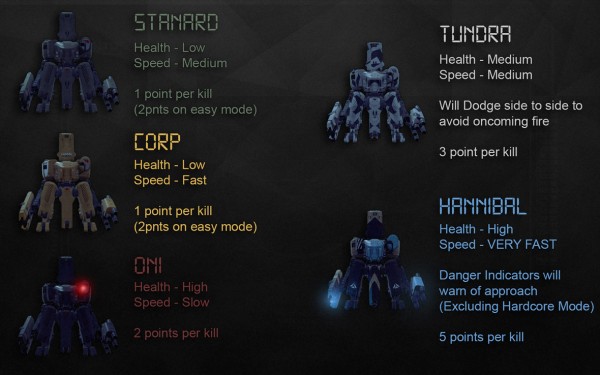 HFFL: The fact that Julianoz was able to script each Mantis differently speaks not only to what you can do with Forge, but his mastery of scritping it as well!

PROGRESS BAR AND POWER UPS
Each wave is represented by the eight lights above the Terminal. When a wave begins, the corresponding light will turn yellow. Once it has been completed, the light will become green. The middle function is locked until all eight waves are finished. Additionally, there are two extremely useful, one-time-use, power ups that can be activated when needed. tor-8b4a6d0dca1d444abec3d43632e23243″ width=”584″ height=”365″ />

HFFL: The waves are not as noteworthy until you get to wave 5. That’s where you start ot see a noticeable difference in difficulty. Those two power-ups need to be saved until at least then if not later. I suggest the Detonation be saved until wave 7 or 8.  Strangely enough, I don’t think I and the group of friends I was gaming with in this ever used the Infinite Ammo power-up.

It is also noteworthy to save your grenades until later waves OR only when Mantises are VERY close. Tossing a name long distance is NOT effective!

WEAPON AND GRENADE PURCHASING
See the graphic below on purchasing weapons and grenades. As a note, the cheaper the cost of the weapon, the faster it will respawn. This element will be a key factor in determining whether or not you survive. 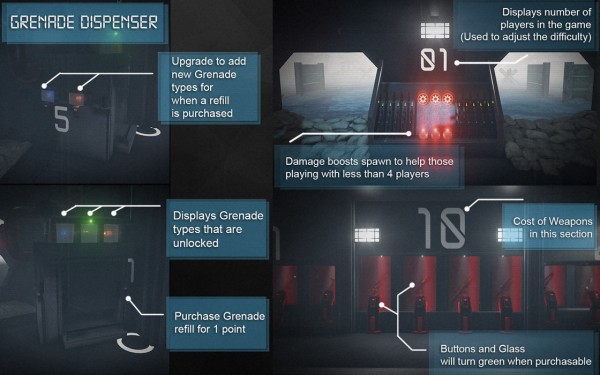 HFFL: Hmm, do I give you a VERY healthy tip here or do I let you figure it out for yourselves???? Okay, I’ll give you the tip. It’s best to have only ONE person picking the weapons. In fact, that person will NOT even fire a shot. No, insted they will soley be the gun runner. By this I mean, instead of people going back and forth trying to get new/refilled weapons and trying to figure out what to use (as points are SHARED between all), your gun runner makes those decisions. It really helps to keep more people shooting.

Also, the gun runner brings you the respawning weapons. They just drop them near your feet so you can pick them up as needed. Be sure to COMPLETELY deplete your ammo from your current weapon before you pick up a new one, especially Turrets. It sucks when you go to pick up a new turret and it only has 2 bullets. That happened in a game last night…

I HIGHLY suggest staying away from the Hydra and MIssile Turret as well as the Gravity Hammer. THese weapons are just not that effective in this game type. It’s all about turrets and rocket launchers, espeically in those later waves.

DIFFICULTIES
There are four main game mode difficulties that will change how the map plays.

HFFL: I’ve played each mode. By far Hardcore is the hardest, IMO. No power-ups as well as NO indicators for the Hannibal Mantises… Turbo is pretty good, especially if you use the gun-runner tactic I meantion earlier. Not so hard, IMO.

Take a look at the vid below as it explains ALL of what’s above in great detail and you get to see the fun gameplay as well.

You can download the map HERE. To download the game-type, you need to follow and/or friend Julianoz1224 on XBOX Live. Be sure and get all four game modes for lots of varied fun!