In the wake of the Blitz Beta many of you have had a variety of questions about Halo Wars 2 and what to expect when the game launches. I rounded up a number of queries from r/HaloWars and sent them over to the Halo Wars 2 team (both Creative Assembly and 343) to help us get some answers:

Are you happy with team colours at present? Some of us found it challenging to remember which units are friend or foe in the betas.
Great feedback! The clarity and readability of the battle is really important to us so we’ll be monitoring and reviewing players’ experiences from release and look for ways to improve the player’s understanding of the team colors in future

HFFL: For me it was easy to tell the difference between one side or the other. Where the colors blurred were within each side. Orange looked too close to red on one end and then yellow on the other. The green I sometimes mixed up with the lighter blue. This caused me to try and move troops that weren’t mine. I’d get frustrated thinking the Beta wasn’t working right. Then I’d realize my error. Problem is, by the time that was realized, it often meant I was on the losing side of a match. So yes, I hope the colors are better defined. One issue though is that many of the toys are already based off of those colors. So we’ll have to wait and see how this is addressed.

Have you been able to reproduce PC UI bugs? (specifically, clicking on the minimap for unit orders or moving camera)
We want players to have the best possible experience so we’re very much focused on eliminating bugs and we think you’ll be pleased to see the tweaks we’ve made to the game to alleviate these issues in a Day 1 patch.

Has your team considered changes to Spartans? (Specifically how they take significant damage when their hijacked vehicle dies. Not saying this needs changing, but others have voiced it)
We want to keep an eye on all units (ALL UNITS!) as much as we can post-launch. Where there are specific balance and fairness issues, we certainly hope to tackle them as much as we can. Because the unit balance is mostly shared across all of our multiplayer modes, we hope to get lots of great gameplay data of the same units being used in a range of situations. Coupled with an ear to the community and an eye for design intentions, this gameplay data allows us to make informed decisions around the fairness of our gameplay. Specifically with the Spartans, it’s certainly something we’re keeping an eye on! Spartan’s should be awesome and true to the lore.

I wanted to ask if you can tell us how the game release rank / experience system will look? On Halo Wars 2 what ranking system will we have is it like the first beta? I really enjoy competition thanks.
The Service Record rank is the player’s Gamertag’s progression rank. To level up, players earn XP by completing challenges, playing games and unlocking achievements. This is a good indicator of how long a player has been playing the game but it is not based on player skill. Halo Wars 2 matchmaking is based on skill but it’s currently behind the scenes and there isn’t a CSR value exposed to players at launch. New players start out with a provisional skill rating that will settle in after they play matches (just like Halo 5’s ranked playlists) but initially can result in a “Rank 1” player matching against an opponent that’s a higher rank. Again, this isn’t an indication of skill, just XP / time played. Shortly after launch the team will be instituting a formal ranked competitive system into the game similar to what’s offered in Halo 5.

This isn’t going out at launch for a few different reasons: First, a social/unranked environment is going to be more inviting and less stressful and allow players a chance to get familiar with the game, the units and the multitude of strategies and tactics at their disposal. Second, delaying a ranked seasonal model also allows the development team to monitor and respond to any balancing issues that usually only arise after players have spent considerable time exploring units and developing strategies and synergies. It’s easier for players to be exposed to these “hot-fixable” issues in a social, no-stakes environment than in the midst of heated ranked competition. Lastly, we’re looking to time ranked playlists/seasons with DLC releases which allows the team to roll in any new fixes or tweaks that couldn’t be addressed via a “hot fix” and the introduction of new leaders is a natural opportunity to reset and roll-over a new season. Overall this is definitely something the team is passionate about and takes seriously so for now, at launch, think of it as a “pre-season” and help us refine the game with your feedback and then we’ll kick off a proper ranked playlist season cadence shortly after.

HFFL: Now THIS is a great explanation. It makes SENSE too. Now to see who complains about there not being ranked when the game comes out…

Is Proving Grounds the only map that will be available to play Blitz on? If so, are any more on the way? Thanks!
Halo Wars 2 launches with Proving Grounds which is a Blitz exclusive map but we’re keen to hear what types of additional maps fans would like to see in the future.

HFFL: Ugh…now that is something that could kill Blitz right out of the gate. Only having one map at launch is going to get boring, VERY quickly. I could tell them right now which kinds of maps are needed…

Please can I get any details about the possibly of map editing software? I often imagine making my own map to play in RTS games and want to know if I will be able to do this in HW2
We have no plans to release a map editor at this time.

HFFL: I didn’t expect this. THough wow, would that have been cool! Custom HW2 maps! Oh well.

Are the factions for the flood/forerunners going to make it into the game?
Halo Wars 2 is focused on the battle between Cutter and Atriox; we’re really excited for players to finally get their hands on the game to fully explore the new strategies possible with the expanded UNSC roster and the new faction in The Banished.

I only have one question, will we be able to pre download the game if so when.
Yes! Pre-loading for Halo Wars 2 will be available prior to early access launch on Feb. 17. Exact timing is still a little fluid but it could potentially be ready for pre-load by the end of this week.

Will we ever get to know the changes that were made because of our feedback in the beta?
The team is working on a detailed overview of tweaks and balance changes coming out of the Blitz Beta. Stay tuned!

Can we get a visual multiple movement queue? I would like to know my units’ routes so I know where exactly they are going
We have no current plans to implement this feature but are interested to see and hear how players interact with the game once it’s released.

What’s the difference between a regular cyclops and a veteran cyclops? The card did not make it clear.
Whenever Blitz uses the word veteran, it’s for units that have a selection of unit-specific and global upgrades. They will almost always be more powerful than basic units of the same type that don’t have any additional keywords. For example: the Veteran Cyclops features the EMP upgrade and a Global Infantry upgrade.

It would be nice to be able to lock specified units into a group and have them labeled. Like if I manually put two hogs, two marines and a vulture next to each other, highlight them, and lock them into a group. Now, I can cycle through units types as well as groups and quickly dispatch them.
As with all modes, Blitz also features Control Groups. For Windows 10 Blitz uses keyboard control groups (5,6,7,8,9,0) as number keys 1-4 are used to play Blitz cards directly. For Xbox One (or Xbox controller on Windows 10), in Blitz, Control Groups function as standard (Hold Right Trigger and use the Dpad). Once you’ve selected your control group of units, cycle through selected units with the Right Trigger (Gamepad) or Mouse wheel (PC).

HFFL: Ah! This is VERY good to know! Man, I’m glad this function will be in the game. It’s VERY useful!

Will 21:9 cut off the top and bottom or will it add to the left and right? Essentially, will playing on 21:9 allow me to see more or less than on 16:9?
21:9 delivers a wider field of view allowing a bit more visibility.

Are there any plans to increase Pop. Cap on Xbox One?
Thanks to Beta feedback and performance optimizations we were able to increase the Pop. Cap between the Summer 2016 Beta and the final game’s upcoming release.

Have you considered increasing the score limit? Games felt like they ended too quickly.
Blitz has been designed as an intense and action-oriented experience which allows players to battle and quickly tweak their decks before heading back into the Proving Grounds. In Halo Wars 2, we have consciously designed a number of modes to deliver a variety of experiences – from the arcade action of Strongholds to the territory based Domination to the full test of RTS skill in Deathmatch. We believe this variety gives the player the option to find the experience which speaks to them at any given time.

Will any units from the Blitz Beta be re-balanced for the final game? (i.e. the Locusts)
Absolutely! The large amount of feedback from the community combined with the gameplay data gathered from the Beta really helps us make accurate assessments of balancing issues and causes. We’ve tweaked a range of elements in response to the Beta and have already made a number of balancing iterations.

HFFL: Whoo-boy…Locusts. Yep, they were OP as heck. If you had them on your side, they were awesome. If however you had a large swarm of them coming at you…..well, just about game over. These definitely need a nerf. 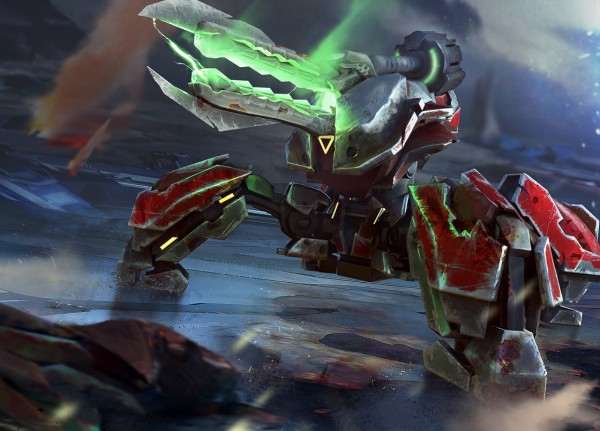 Speaking of balance changes and general improvements coming out of the Blitz Beta, the team passed along this snapshot of some of the more noteworthy post-Beta adjustments you can expect when the final version of Halo Wars 2 lands: 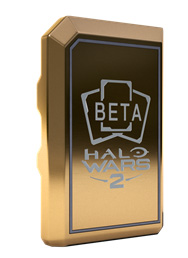 By now I’m going to assume you have at least a basic familiarity with Blitz – the all-new card based game mode in Halo Wars 2.  We’ve talked quite a bit about the various ways you’ll be able to earn Blitz card packs in Halo Wars 2 such as completing tutorials, finishing daily & weekly challenges, playing the campaign, leveling up and real-world money if that’s your preference. However, there are a few ways to earn up to TEN Blitz card packs before Halo Wars 2 is even released!

HFFL: Awesome! Looks like I’m goig to have to get those cheevos in both versions of the OG Halo Wars!