First a big thanks to Mega Construx fan Kevin Thornburn for pointing this out on Facebook!

So there has been just a scant few pics of the upcoming Frostraven set from Mega Construx online. Now we have an official listing for it on Amazon Canada.

Let’s have a look at the set!

For those unfamiliar, the Frostraven is comparable in size to a Pelican, but has attributes of the Falcon from Halo Reach. This flying beast rains down cold and freezes opponents! You can see the large cold storage units on the underbelly of the craft. Also note Decimus comes with his signature Mech suit! 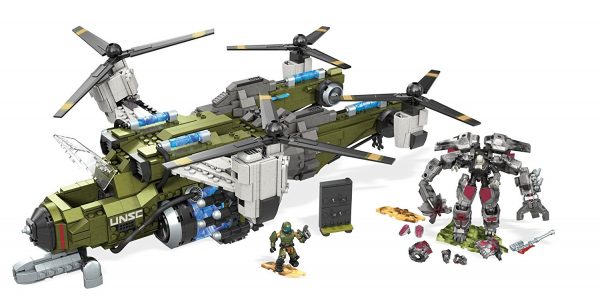 This is an awesome looking ship!!

You build the Mech suit onto Decimus, but first have to take off his regular armor. (No complaints on my part. I’m EXCITED for this!! 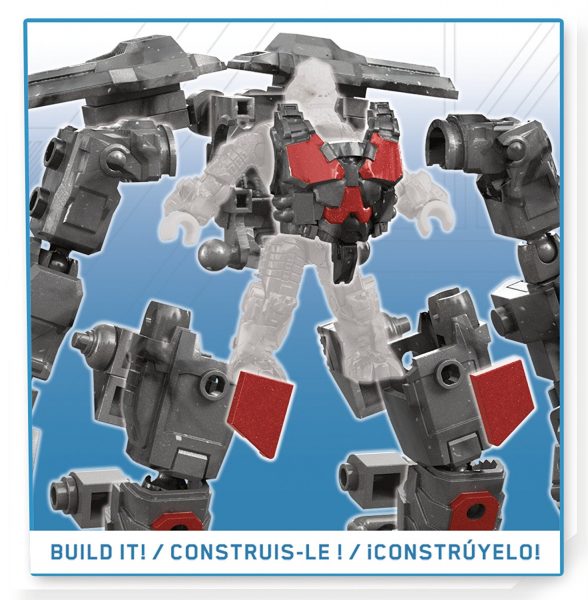 The Frostraven comes with a firing mechanism where you can rain down the cold on the Banished enemies!

You get a UNSC Pilot and the previously mentioned Decimus figures.

One image that has recently been making the rounds is this one showing that the Frostraven can even hold a Warthog! If official, it’s a VERY cool feature!! 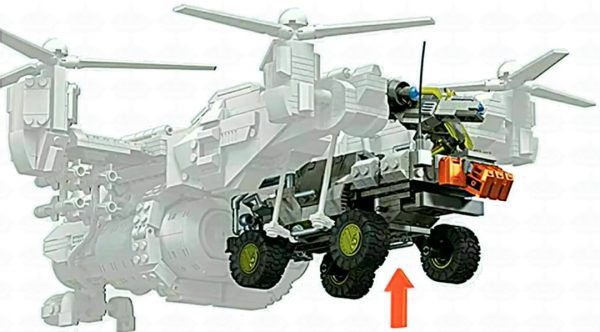 Here is the official blurb from Amazon’s listing:

UNSC Frostraven descends on a tech armored Decimus. When Decimus’ defenses go high-tech, take him on from above with the UNSC Frostraven. Build the locked-and-loaded Frostraven cruiser fully loaded with removable cryo tanks and 4 missiles to take the battle to the skies.  Open the aircraft’s cockpit, sit your UNSC pilot micro action figure at the controls, and lift off with the rotating propellers before unleashing a missile attack. Then, prepare Atriox’s lieutenant, Decimus, for an up-close battle in his articulated mech exo-suit including mace and a 3-pronged claw. Land the UNSC Frostraven down on land and slide the weapons rack from the cockpit and arm up to strike down the ruthless Banished Commander. Ideal for ages 8 and up.

The cost on Amazon Canada is $140 Canadian. That equates to just under $109 US. Currently the set is out of stock. I hear it’s due to release in a couple of months, though it may be sooner.

I will MOST DEFINITELY be reviewing this for your entertainment and consumer consideration.
-Sal