New sets are finally trickling out, just in time for the holidays! Today, I preview the Green Machine vs Banished Marauder set from Mega Construx!

This set is based of of Halo Wars 2. The Marauder is canon to the story, while Sgt. Johnson isn’t as he died in Halo 3. However, he made his pseudo return as a playable hero in matchmaking in the game.

Here we see the full set. We get a Marauder, a new vehicle that debuted in Halo Wars 2! As well, a buildable EXO suit for Sgt. Johnson. The Banished aesthetic of sharp angles with silver and red are very much present in the Marauder build. The EXO suit is a very good interpretation in blok form. The Marauder has a built in projectile launcher.

For figures, you get Sgt. Johnson, a Banished Brute and a Banished Jackal (with the new extra leg articulation!). 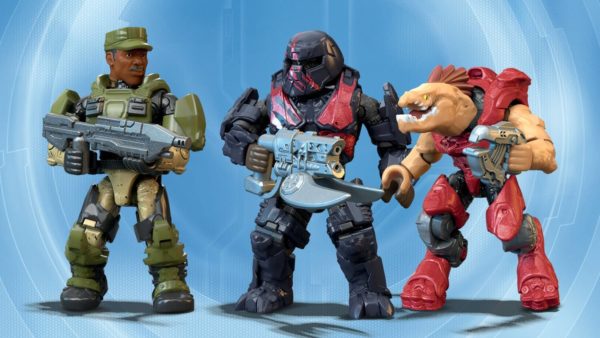 We’ve seen Johnson twice before. Once in the Hierarch’s Shadow Convoy set and the other as part of Halo Heroes series 5.

Now we get it in Black with Red detailing. I like it! Most menacing of any of the Banished Brutes thus far! 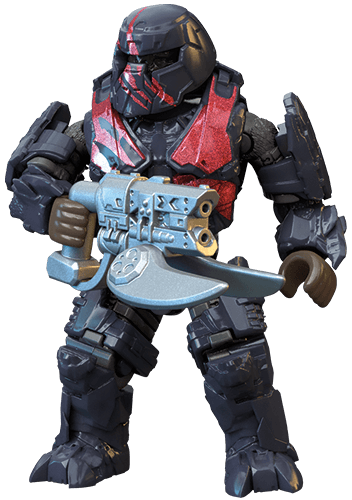 Technically Jackals do not appear in Halo Wars 2, even more especially as part of the Banished army. That doesn’t bother me one bit. I’m VERY happy to see this red version. All the more so since it comes with the added leg articulation seen in the Halo Heroes series 8 wave of figures. 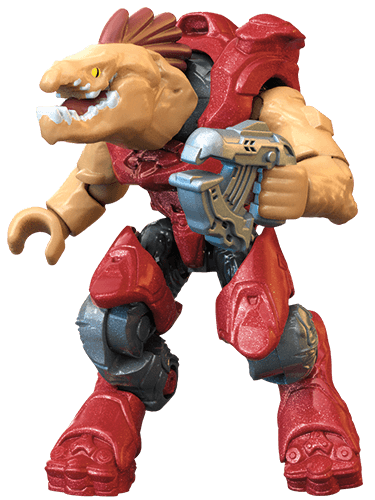 One VERY cool new thing is that FINALLY, Mega is able to number their bags. They couldn’t previously due to a trademark that LEGO had, that has finally run out. The graphic below is directly from the PDF instruction sheet for this set.

Man, I am liking the buildable EXO suit. What’s great about this is you don’t have to have Johnson in there. You can swap him out for almost any standard Halo human minifig from Mega and it still works! 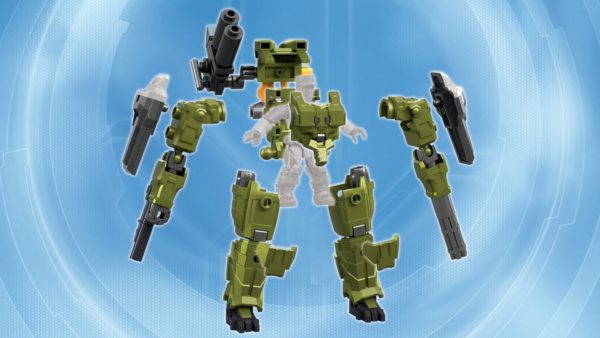 Below is the in-game model of the EXO suit with Johnson piloting it. When compared to above, I’d say Mega did a very good job of replicating it in toy form. 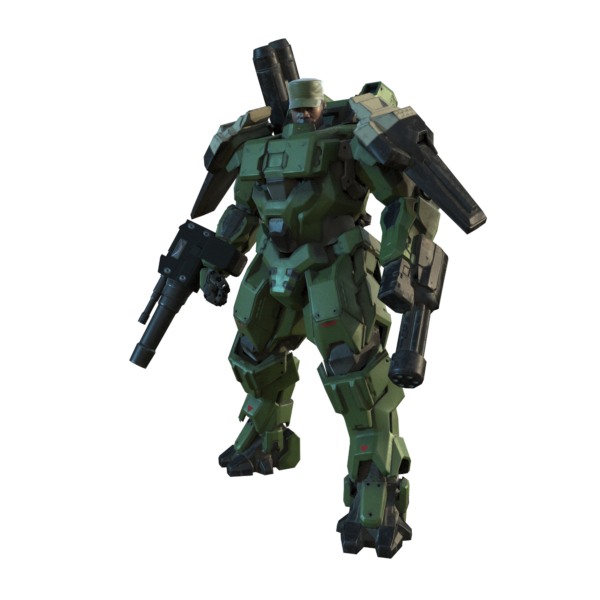 Once again the full set. This one shows some of Johnson’s suit armor detached. Yes, in order to fit the figure inside the suit, you have to remove his regular armor. I don’t mind that one bit. 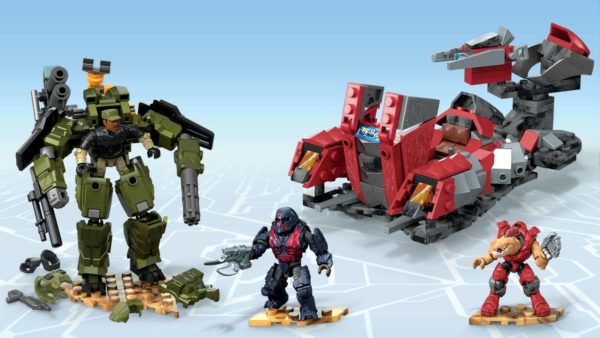 The only issue with the set is that the Marauder seems a bit too flat on the bottom. Seen below are some in-game shots and official art from Halo Wars 2 of the Marauder for comparison. 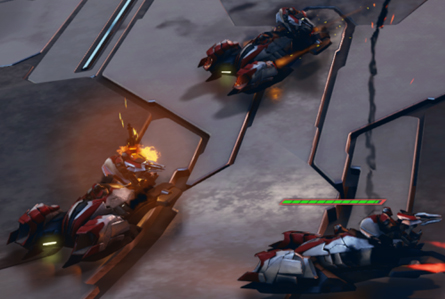 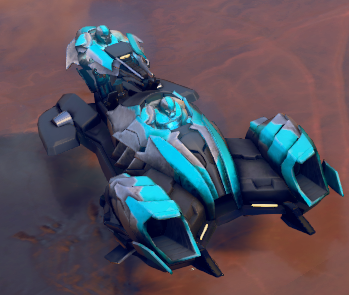 In those pics you can see the bottom isn’t as flat as the Mega model is. As well the rear gunner seat is lifted higher and not attached at a flat base. When I get this set, I’m going to see if I can make some minor modifications to it with just the parts included in the set.

Here’s the official blurb on the set from Mega:
Take on a Banished Marauder with Sergeant Johnson and his Green Machine!
Gear up for a high-tech assault and use Sergeant Johnson’s power harnessed in his battle suit to take on 2 Banished soldiers and their powerful Marauder! Sit 1 soldier in the opening cockpit of the buildable hovercraft and another behind the turret to take full control!  The hovercraft features an articulated turret and functional launchers, while the Sergeant Johnson micro action figure comes fully equipped.  Gear up his fully buildable, articulated Mark I Armor Defense System and obliterate enemies using the retractable missile launchers or blast them away using the sniper rifle and mini gun!

Launch the Marauder and see who can tussle with the Green Machine!

My quick assessment of the set (not having it in hand at present) is
It’s a fun set! A cool new vehicle and a buildable EXO suit, what’s not to love? As mentioned, my only issue with the set as seen is the flat bottom of the Marauder, otherwise this looks to be a great set.
Look for my FULL review of this set in soon. There I’ll go into much more detail of the build, especially how the projectile launches form the Marauder as well as all the articulation of the EXO suit.