New sets are finally trickling out, just in time for the holidays! Today’s preview is the Radar Wreckage set from Mega Construx! This based off of the game Halo Wars 2.

The full set is comprised of a UNSC Radar Tower and a Banished Brute figure. There is one printed piece with the tower. It’s a small control board. I’d have liked to have seen the UNSC Eagle on at least one of the sides of the tower, regardless if it’s accurate to game or not. 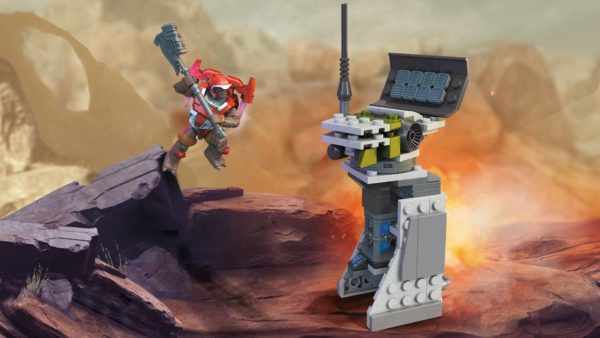 There is an action feature built into the tower. Push down on the control board and the tower crumbles as well as the power core being dislodged. Pretty cool for a small set such as this. 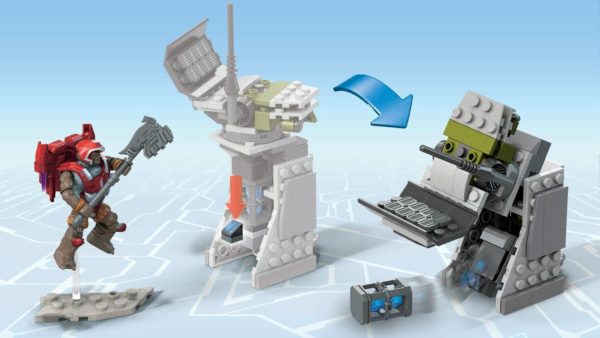 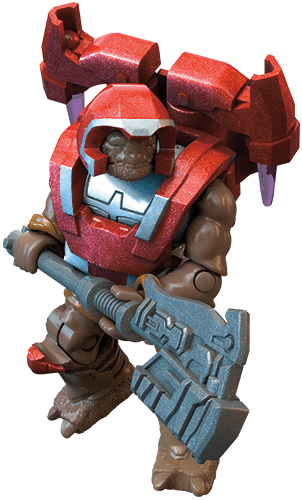 The Jump Pack is buildable with two NEW pieces made for this set (and likely future sets that will include this style of Jump Pack). 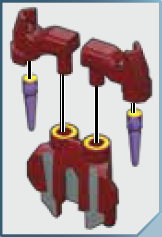 Here’s a pic of the old style Jump Pack Brute, this from the NMPD Warthog set. As you can see, the design between the two are quite different. 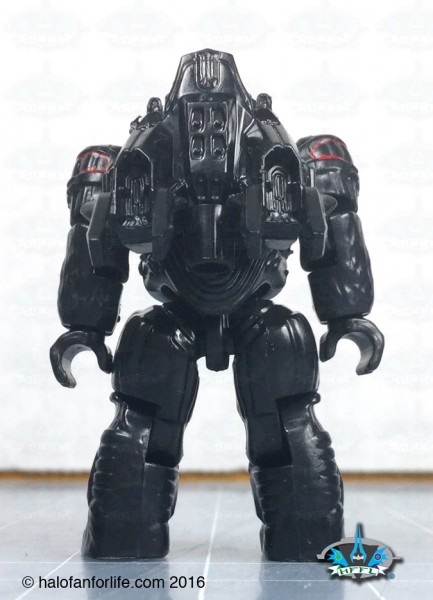 Here’s the official blurb on the set from Mega:
Pit the Banished Brute’s destructive skills against a UNSC radar tower!
Catch the UNSC off-guard and further the Banished cause when you blast its radar tower to pieces! Build the UNSC radar tower, complete with articulated antenna. Then equip your enemy micro action figure for the mission using the detachable armor and authentic gravity hammer. Creep up close to the tower, then press the button or remove the fusion coil on the build for the destructible feature and -deactivation!

My quick assessment of the set (not having it in hand at present) is it’s a neat little set, though perhaps a couple of dollars too much in cost. At 130 pieces, the set would be better at $13.
I like the action feature and the new Jump Pack is pretty cool.
Look for my FULL review of this set in soon. There I’ll show how the Radar tower is built and it’s collapse feature.