The goal of this series of articles is to try to pair the helmets down to roughly 50 returning in Halo Infinite. I feel that number of helmets is PLENTY. Mind you, these might not line up with the armor series of articles. Meaning, I may have helmets without armor and vice versa. That’s quite deliberate as I feel some helmets look great while their armor doesn’t and again, vice versa, some armor looks great but their corresponding helmets do not.

I’ve been wanting to write these articles for awhile now. As we start to edge closer to more news about Halo Infinite, it’s time we discuss what helmets (and armor, in another series of articles I’m writing) will return.

There are some helmets that definitely have their place, some that are marginal and could be considered for returning or not, some that shouldn’t return for various reasons and a few that well…should never see the light again, LOL.

That said, I do realize that real people put in work to make these. So I try to take a light approach with helmets I’m not fond of. We are as humans though given to having varied opinions and these are mine. So they aren’t meant to be taken as the “word of Halo”.

There are more than 100 unique helmets in Halo 5 Guardians, not including skins. As such, I’ve split this subject into three articles. I’m not including the skinned versions of helmets as skins can relatively easily be changed. This topic is more about the form and functionality of the helmets themselves than their skins.

With so many helmets in Halo 5 Guardians, I felt the need to divide these up into some basic categories. These being:

Part 3 will cover No or Limited Visor and Thin Visor Type helmets.

There may be some overlap of what helmets might have fit into other categories. Just go with it folks…LOL.

No or Limited Visor Types
This is to say, those helmets that have no discernible visor, “eyes” instead of visors or have a heavily obstructed view.

CIO was a fairly unique helmet in Halo 4. However, that third eye always seemed out of place to me. Eyes in general on Spartan helmets seem out of place, with exception to Linda’s helmet. (I think her’s should be the only one with eyes instead of a visor) So, I did a quick mock up of the CIO with a full visor instead of eyes. I like that version MUCH better. Since I’m remarking on helmets as they are and not as I’d like to see them change, the current version of the CIO should be GONE.

Similarly, the Engineer helmets has four eyes. The lower set really doesn’t make any sense. Instead of the eyes, make that whole area a visor. I think it looks better at least. But just as with the CIO, in it’s current state, I think it should be GONE.

The two things I do not like about this helmet are the pointy forehead and that large metal piece hanging down over the visor. It’s not something that could easily be lifted up or slid up and back into the visor. It most definitely obstructs the view of the wearer. As such, this helmet needs to be GONE from Halo Infinite. 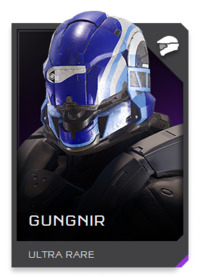 Oh yeah! The Gungnir! This is 343’s take on the Reach Gungnir helmet. (See below) I like this more rounded version. The HUD would be completely encased within the helmet and the wearer would have to trust the readout. Would be great on a very dusty planet. 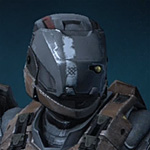 Since this one is a carry over from one of Reach’s best helmets and is fairly unique, I definitely want to see this RETURN. 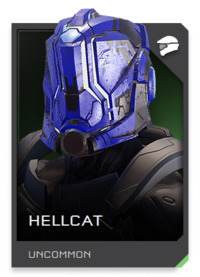 Ugh…I absolutely LOVE the armor of the same name. So why oh why does the helmet look like a tin can stuck on someone’s head. Okay, yes, I know this is what the Reclaimers wore during the fight against the Forerunners. Still, I’m just not a fan of the helmet. It just doesn’t fit with 26th century Spartans, IMO. GONE (But keep the armor!!!) 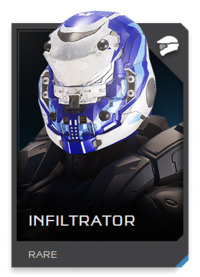 This helmet is too busy. So many “greeblies” on it. Then they add a visor cover that makes no sense. This is a helmet I just shake my head at… GONE. 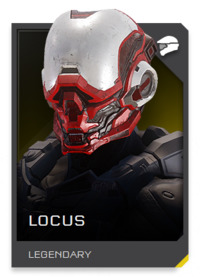 Okay, this is one BADASS looking helmet! Yes, it doesn’t have any visor. Again though, that could be contained within the helmet. The key thing here is the skull like design. That makes the wearer look fearsome! This just HAS to make a RETURN!

Oy…can we please move that over-the-nose contraption down a bit? Like maybe down to the jaw/chin? But then the helmet might look a bit too much like a lot of the other Astronaut type Spartan helmets. I’ve seen this used a little in matchmaking. It’s got a cool name. But that doesn’t mean it’s a good helmet. I really hope it doesn’t make a return. But I know it has some popularity behind it. So for that, I’m UNSURE, though I heavily lean on gone.

Another carry-over from Halo 4. Just too many discs. Looks too alien, when it’s supposed to be a helmet for a human. GONE 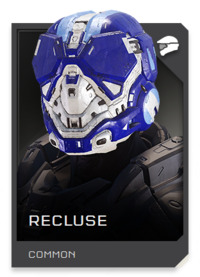 Elements of this helmet are pretty cool. But those offset hexagon plates over what should have been the visor really make this helmet look awkward at best. GONE, please.

Now THIS is the way you have an attachment fit onto a Spartan helmet. (you see that Mako?) I’d like to see what the helmet would look like if the scanner were put into the up position. At any rate, I like this helmet and feel it should RETURN.

The Tracer helmet is not only bulbous, its VERY large, which makes you an easier target to be seen in game. The seven eyelets do not make any sense either. Was this someone’s homage to Bioshock? If so, it’s a no from me dawg. GONE 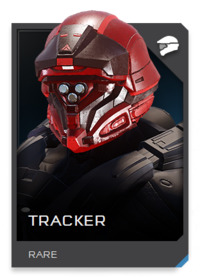 Tracker definitely has some cool design elements going on with it. I like the slightly curved mid helmet. But those three eyes so close together make me think the wearer would become cross-eyed. Give that helmet a true visor and yeah, keep it. But as it is? GONE

Thin Visor Type helmets
Just as you would expect, these helmets have thin to very thin visors. Some may have obstructed views due to this. But, most just have small visors. 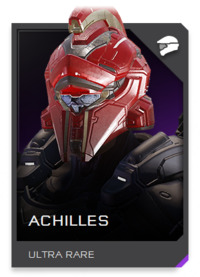 Grr, I STILL haven’t got this yet in Halo 5! 343 really made this helmet hard to attain unless you had a full and very active Spartan Company. Arguably one of the BEST helmets in Halo 5… If it requires similar deeds to unlock in Halo Infinite, I do not want it… But if it can be unlocked in a much easier manner, yeah, it should RETURN. I mean, it’s a damn cool looking helmet and a great homage to the OG Spartans!

I Really like this helmet. Good design, plenty enough sight lines. Maybe a few too many actual lines on the visor. Still though, this should definitely make a RETURN. 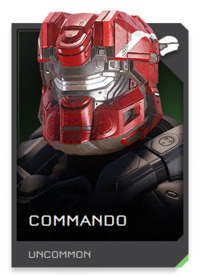 I don’t know why, but I always have a perplexed look on my face when I look at this helmet. It fits into Halo for sure, but something seems slightly off with it. I just can’t put my finger on it. Regardless, it should still RETURN. 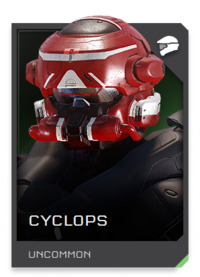 Okay, who the hell SMASHED down this helmet? Seriously though, this looks like EOD’s kid brother made a helmet for himself and it didn’t go right. Please 343, do not bring this one back. GONE 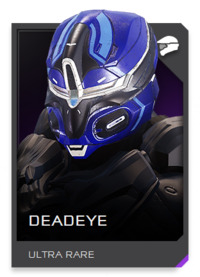 The Deadeye was a pre-order bonus for Halo 4. If I’m not mistaken it was for those who got the game from Best Buy. It’s a great looking helmet. TO me, it feels like the precursor to Locke’s HUNTER helmet. RETURN 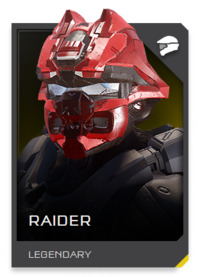 Okay, while this may seem to have some strange elements to it, it’s small horns, ear fins, thin visor and “growling” mouth cover make this look like one angry helmet. It slightly evokes the Japanese Yoroi Samurai armor of old. It’s so unique that it would be a shame if it didn’t come back. So I vote for it to RETURN. 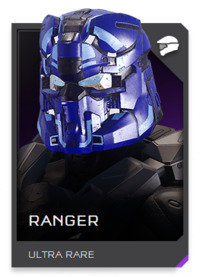 Not as tall as it’s Halo 4’s version, this Ranger helmet does have some human qualities to it. I’m iffy on it for some reason though. UNSURE

Okay, this one is definitely way out there. But it really speaks to it’s Asian heritage. Another one of those so unique it needs to RETURN.

I wasn’t a fan of this helmet in Halo 4. I’ve NEVER seen anyone wear it in Halo 5. Perhaps it’s that stunted, flat top that puts people off to it. GONE 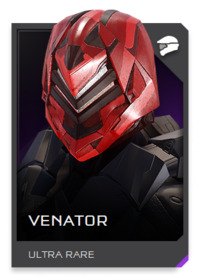 Okay, I may take some flak for this one but, I’m not much of a fan of Promethean style  armor on humans. That’s the vibe I got from this in Halo 4 and now Halo 5. As well, the eye slits may be hard to see out of. I know it has a small following. For that it may return. But I’d prefer it to be GONE. 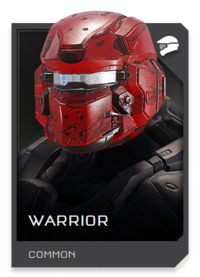 The Warrior helmet was used as the promo helmet in many of the ads for Halo 4. Rooster Teeth even used in in an RvB ad for Halo 4. It’s got some classic stylings to it. It fits in Halo just fine. RETURN 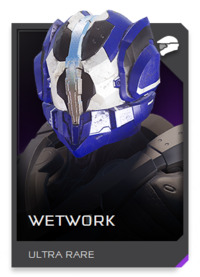 Finally, we come to the last helmet in Halo 5. Wetwork is one of my favorites and I’ve worn it often. That said, in reality, a vertical slit like that just wouldn’t work to see out of. I did a quick edit on one of the variants, as seen next to the original above. While I know it lacks depth (again a quick edit folks…), I think it could still look better. I so much want this to return. It’s been used in Halo toys already and I do see it in matchmaking from time to time. RETURN

Let’s recap today’s helmets of which I think should RETURN, be GONE, and am UNSURE of:

And now that the helmets have been given a vote, here is the final tally of Return, Gone and Unsure:

Final RETURN tally: 52 Returning Helmets! Given that my initial goal was to pair down the 100+ helmets to roughly 50, I’d said I was right on the mark! I didn’t even try to plan it that way. I was just hoping the final tally would be in the neighborhood of 50. 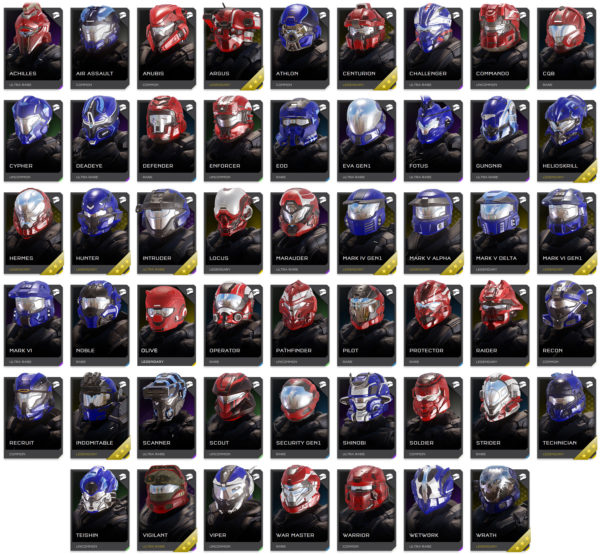 Final GONE tally: 42 Helmets I feel should be GONE from Halo Infinite. 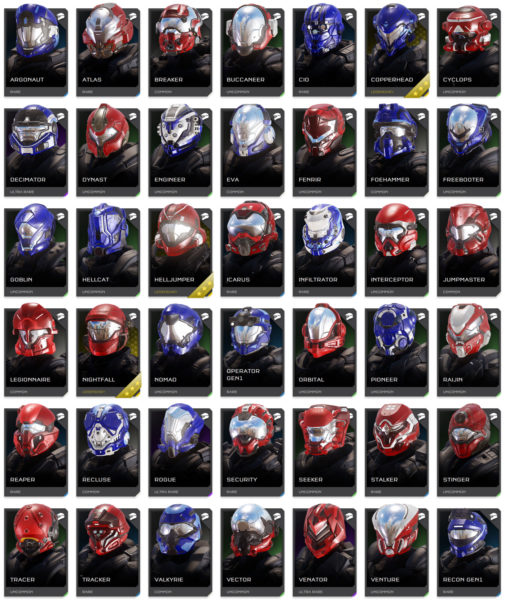 Final UNSURE tally: Just 7 I am UNSURE of.

Okay, so now here’s YOUR chance to speak out. Do you generally agree with my choices? Are there any burning ones that you feel I just got wrong? If so, snould they return or be gone? And WHY?

Stay tuned to HaloFanForLife.com  as the next series of articles will go over the armor of Halo 5. Which should RETURN, which should be GONE, any I may be UNSURE of, and why.

1 thought on “Helmets of Halo 5 Guardians: Which should return in Halo Infinite, which shouldn’t, and why. Part 3 of 3”