Let’s start with Standard armor. I define these as ones that are mostly humanoid in shape, not too large, not thin, not angular, etcetera. 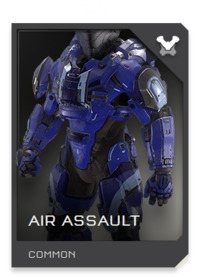 Air Assault is tied to Kat’s armor from Reach. Though the Halo 5 version is definitely different. It’s chest isn’t as bulky and the shoulder armor is more rounded. It’s a enough of a difference that I think it should RETURN.

Challenger is one of a rare few that have decals on them. This one to celebrate the Halo Championship series. I like it and it’s a nice way for fans to root for Halo in eSports as well.  RETURN 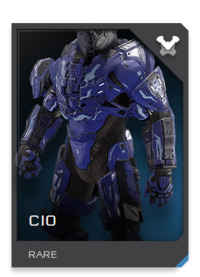 The CIO chest armor is a great fit for Halo. While the shoulders are a little too pointy for me, the rest of the armor makes up for it. RETURN Oh, on that note, I hope we get some more customization in Infinite. If we can swap out shoulders, legs and such as we were able to in Halo 4, that would change quite a few of my votes. 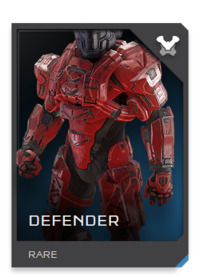 Defender’s torso armor is pretty cool. Relatively classic with strong lines. The shoulder is quite unique and looks built to ‘defend’. The rest of the armor looks powerful. RETURN

Whew, I had to really try to look past the large white painted parts of the pic here. I like the chest harness. The light in the middle evokes ‘Iron Man’ of which I’m a HUGE fan. The shoulders are bulky and protective. Other than missing abdominal armor this gets a huge thumbs up form me. RETURN 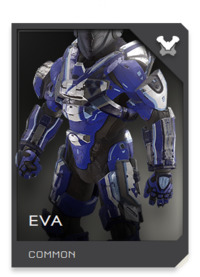 EVA has a pretty classic torso. Leg and forearm armor are of sound design. A little pointy for the shoulders, but overall, I like this armor. RETURN 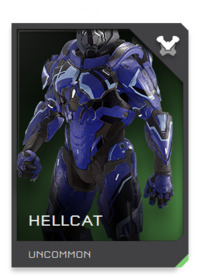 Hellcat by far is one of my ABSOLUTE favorite armors in Halo 5! The chest armor looks like a human’s muscular chest. While I’m not normally a fan of angular bits of armor, it works for the forearms here. I’m not a fan of the helmet. But as for the armor? RETURN 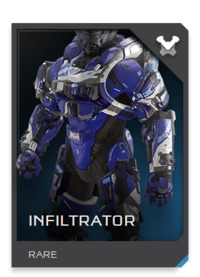 This armor makes me think a little too much. While I like the overall armor, those added bits and pieces just cause too much visual noise too me. I’m UNSURE about the Infiltrator armor returning.

Maverick uses shoulder armor used by several other armor sets. The Torso is good though maybe a bit thin. I like the rounded forearms and the legs look thick enough to repel enemy fire. RETURN 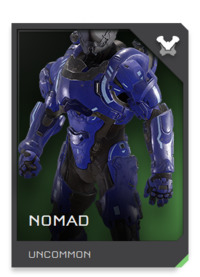 Nomad makes me think the English Knights of old. That’s most present in the slightly front pointed chest. It’s a good armor, though I’d like to see the shoulder armor raised up a bit. RETURN 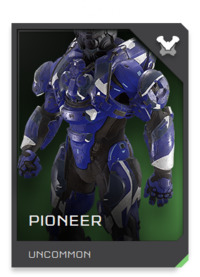 The Pioneer armor suffers from it’s chest not being broad. Those breakups in the armor cause weak points. Also not a fan of those ‘buttons’ on the chest. The rest of the armor is okay. I just can’t get past the chest. GONE

Protector is another one of my favorite armors. Solid chest design, great coverage on the shoulders, forearms and legs. This most definitely fits in Halo! RETURN

Raider definitely says ‘strength’ to me. Something I expect in Spartan armor. The only issue I have is the gap in the chest. Otherwise, the rest is well designed. Look at the hands! Just love that added detail there! RETURN 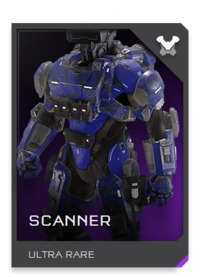 Scanner’s armor is the same as the Soldier armor. I liked it in the character armor article. So I like it here, but not labeled as Scanner. I’d rather Scanner have it’s own armor set. So this is going to seem weird, but UNSURE…. If you take my meaning. 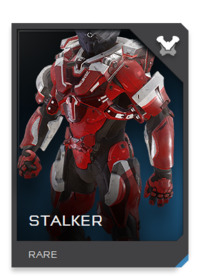 The chest armor of Stalker gives me “Punisher” vibes, which is good. However, those large ‘bell curve’ shoulders look way out of place to me. I’m UNSURE of this one.

Once again, I had to look past all the white noise and consider just the armor. Great protection on all but the chest. Though the chest is decent. The middle of the chest makes  for a weak point. Still, overall, I like this armor. RETURN 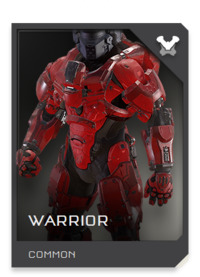 Warrior is already pretty classic as it was used a lot in Halo 4’s advertising. Strong design. Only thing I do not like about it is that ‘bump-up’ for lack of a better term, at the top of the chest. Seems like that would get in the way.  Other than that, it most definitely should make a RETURN.

And now let’s look at THIN armors. Those that have slender chest pieces and/or shoulders.

Too much wrong with this armor. It doesn’t know what direction to take. Is it blocky? Is it rounded? Is it bumpy? The chest might be good if the rest of the armor was blocky. But it stands out, for the worse as a rectangular piece in a mostly otherwise rounded armor set. My big drawback here is the “drum kit” for the shoulders. Just too many weak points. GONE 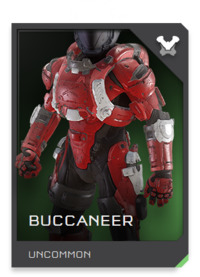 On the whole, Buccaneer fits. Only thing I don’t like is the wide X “marks the spot” on the chest. Still… RETURN 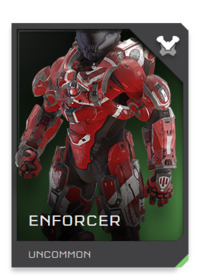 Whew, Enforcer is quite busy to look at. It’s another that suffers from shape confusion. Parts of the armor I like. Can’t say no or yes wholly to this. So I’ll say UNSURE. 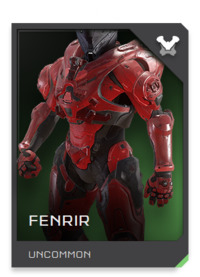 The chest of Fenrir is good. But my oh my are those forearms THIN. Only the most skinny Spartans could fit that armor. The shoulder armor looks to barely protect. Perhaps this armor is meant solely for stealth? But I’m just not a fan. GONE

I like this armor, though the forearms are a bit thin. One thing that detracts from the armor is the large over the shoulder harness that isn’t attached. A weak point for sure. I’m UNSURE here. 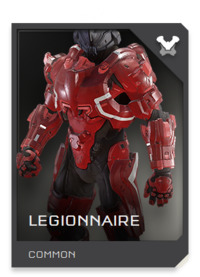 Legionnaire is strangely a favorite that I do not wear often. I like the shoulder horns or claws, whatever you want to call them. This is repeated somewhat on the forearms too. The front of the legs could be covered up better. Overall though, I like the armor. RETURN 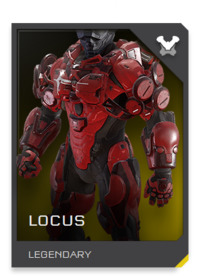 Okay, paradox time… Locus is the same as Aviator armor. I didn’t like it with the Aviator helmet. But I like it slightly with the Focus helmet.

Other than the chest of Venture, I like the armor. But the chest is arguably the most important part. It’s barely there, which makes it look weak. GONE 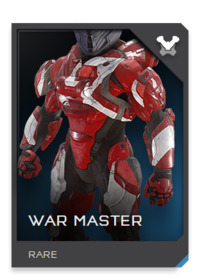 War Master has a very classic-ish design to it. I see it often in matchmaking. Good coverage overall, yet sleek. It’s a MUST RETURN for me.

Here’s the listing of Standard and Thin armors I feel should RETURN.

Standard and Thin armors I feel should be GONE.

And finally, those I’m UNSURE of. 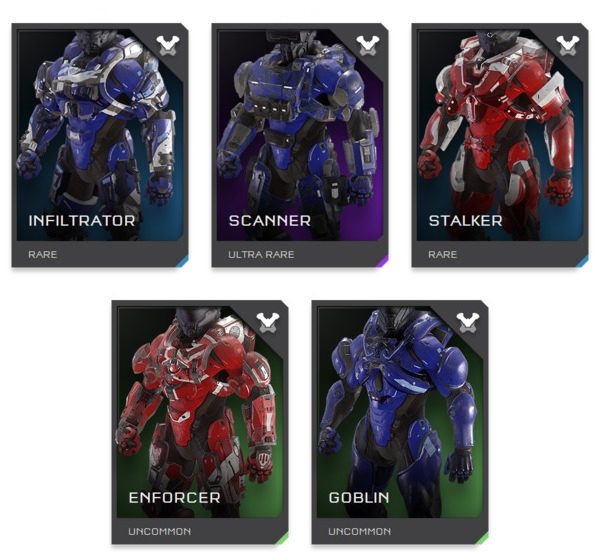 Come back tomorrow for the last article in the series of helmets and armors of Halo 5. This to show the consolidation of which full sets should stay, go, or I’m unsure of. As well, helmets and armors that are displaced. That meaning one or the other should return, but not the full set.

1 thought on “Armors of Halo 5 Guardians: Which should/shouldn’t return in Halo Infinite. Part 4 of 4, “Standard” and Thin Armors”