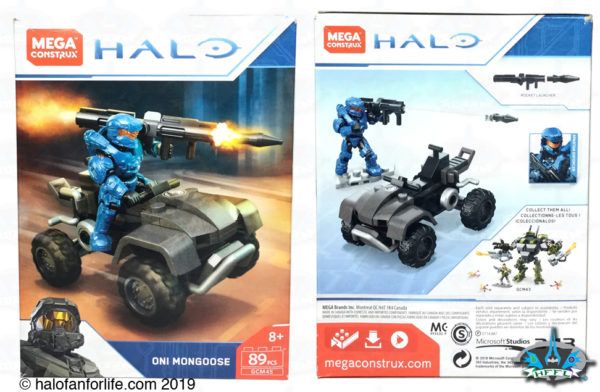 You get four bags of pieces in the box along with a small instruction manual. 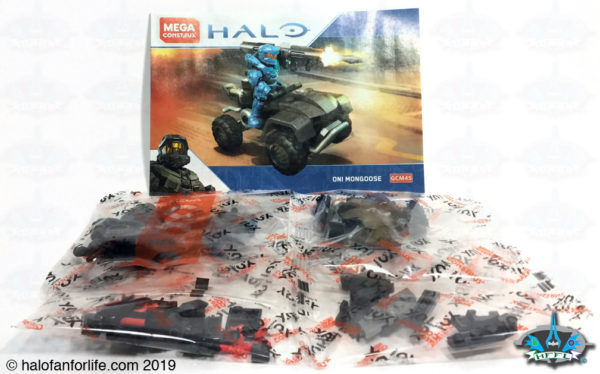 The only printed piece in this set is the 1×1 tile with the ONI logo on it. It’s pretty cool. Would like to get a few more of this specific piece. 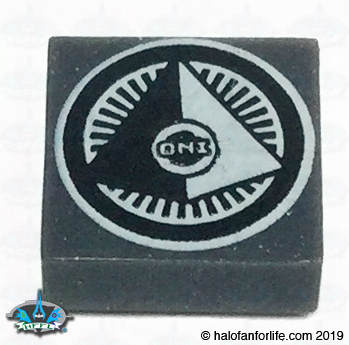 The steps for this mongoose are fairly similar to recent versions. I do like the way the rear axle clamps on. 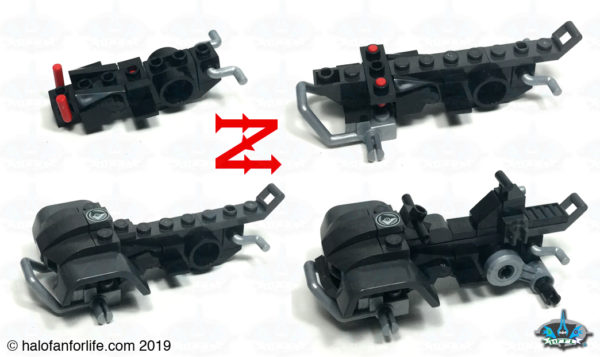 The finished ONI Mongoose!  I kind of wish we got parts to make this a Gungoose if we so choose. I suspect that will be another set down the line sometime. 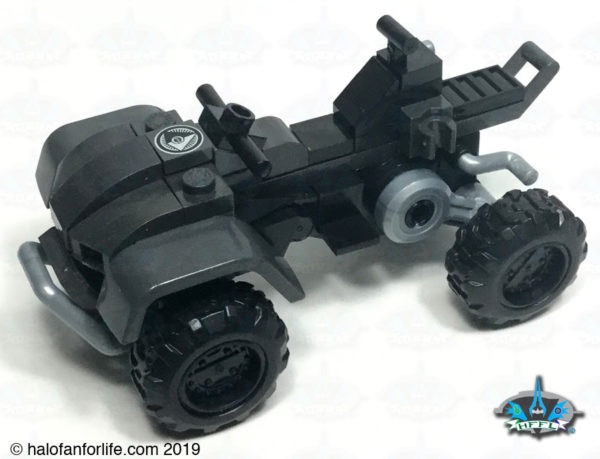 The Spartan Enforcer has a nice shiny metallic blue to it’s armor. I like the armor set very much, especially the helmet.

The Rocket Launcher comes with a missile as well as a clear rod to make it look like the missile is being shot out. Nice effect! Hope eventually we’ll get some sort of fire effect piece to ad to the front and back of the launcher for added realism and fun.

Here you see how the Spartan attaches to the front. It’s hands clip on to the handlebars, while the rest of the figure rests on the mongoose itself. 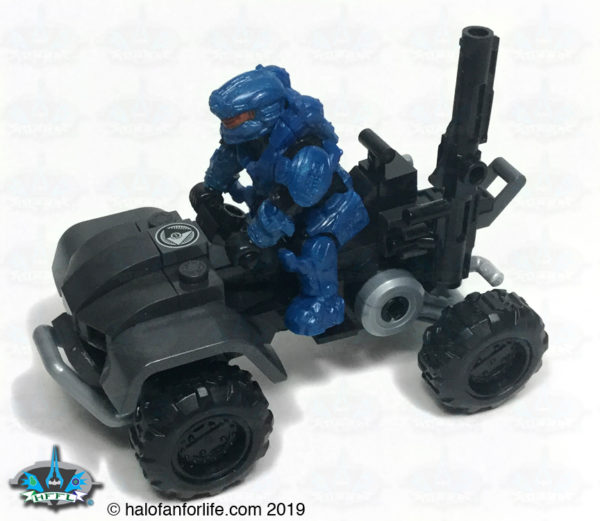 When attaching a Spartan to the back, there is a small “L” shaped pin that you use to clip the left hand to, while again, the spartan rests on the back of the mongoose. 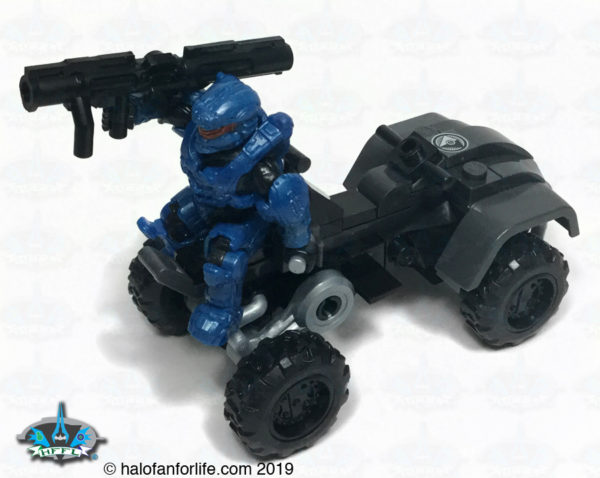 I had a strange amount of parts left over with this set. 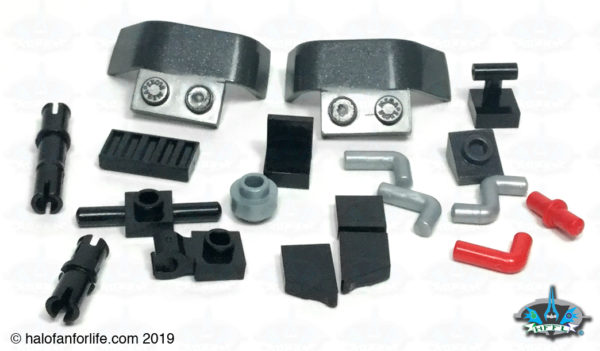 And one more shot of the Spartan driving the mongoose. 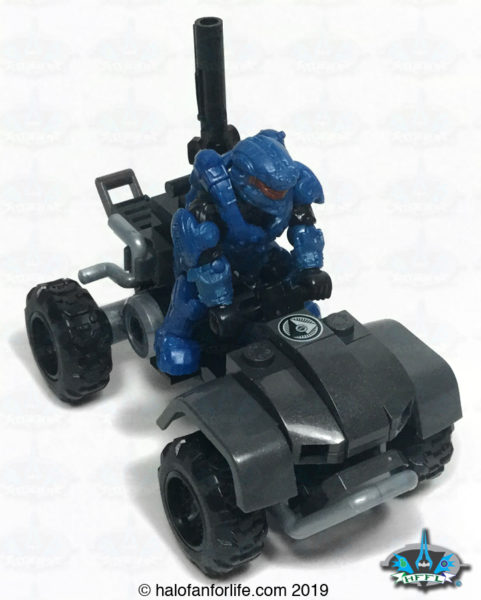 Summary: The set’s build time is very short. The choice of Spartan armor is good. I do wish it had more printed pieces and/or parts to convert it to a gungoose.

Overall Rating: I give this set 8.5 out of 10 medals.
Why did I give it a 8.5 out of 10?
• The set is now considered average with regards to Mongoose sets.
• With only one printed piece, and the vehicle being nearly all black and little silver, visually there isn’t much to look at.
• The Spartan could have had at least an extra weapon, perhaps just a magnum to offset the large rocket launcher.

It’s a good set, mind you. But it’s average when compared to other mongoose/gungoose sets.

Here’s my opinion on the break down of the value of this set. (In US dollars)
• The Spartan with the figure stand and rocket launcher assembly is worth $3.50.
• The mongoose I put at $5
TOTAL: $8.50 (before tax and in U.S. dollars)

Given that the set costs $10 US before tax, I find the value of this set a little below that of the retail price. Again, had this the extra parts to make it a gungoose, then the value would have been spot on.

Do I recommend it?  If you’re a fan of the mongoose, definitely. While the ONI variant of any craft makes it stronger in-game, that’s hard to translate as a toy. So the color comes off as bland.