The front box art shows a very cool action scene of two hunters attacking a Warthog being driven by Chief and gunned by the Arbiter. On the back, the figures are on their stands, while Chief holds the gold flamethrower. This set is part of the tenth anniversary sub-line this year. Each set of those as such has a gold weapon at least. The inset graphics show the Aerial Ambush set as well as the upcoming 20-1 Scorpion customizer set.

In the box you get 5 bags of parts and an instruction manual. The bags are numbered 1-4 as well as there being an “MCX” labeled bag. 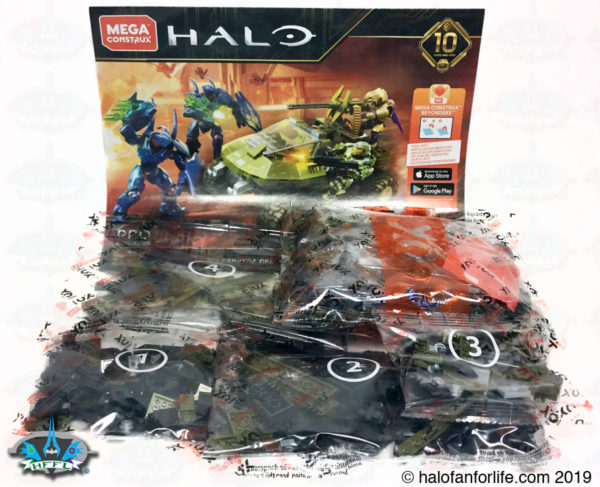 This MCX bag holds many miscellaneous pieces, the figures and the two “tools’. 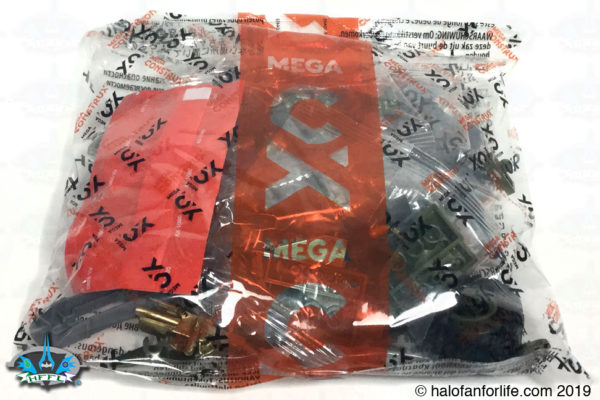 Here’s the parts sorted, with the figures not yet built and still in their respective baggies. 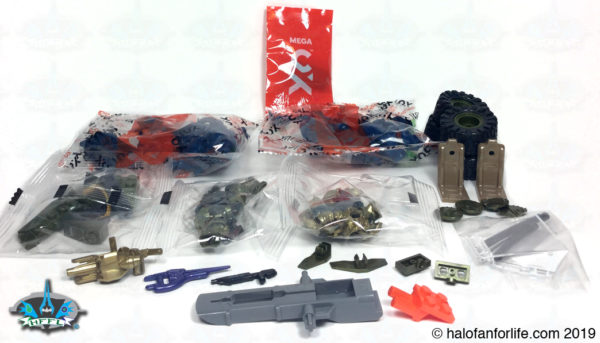 You get Mega’s multitool in the MCX bag. 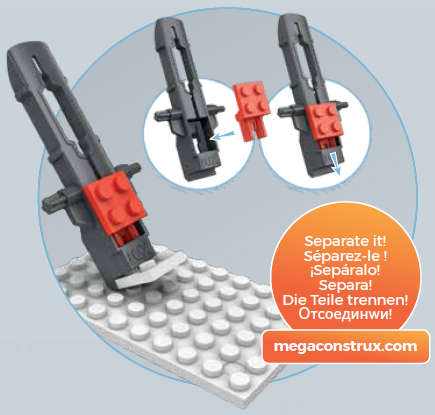 As well, there is a two-piece clip. I have several of these now and like having them. They come in handy, holding pages in place while building the set. 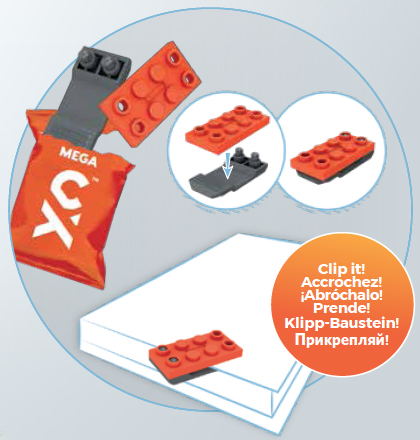 Below are the printed pieces for this set. There are some scuff marks on the green warthog pieces as well as various buttons and dials on other pieces. The flat bar on the bottom is the light bar that is on the top of the warthog, when complete. 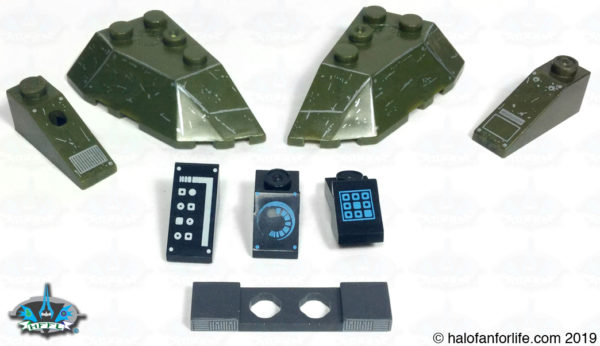 Here are all the pieces of the MCX bag including the figures completed. 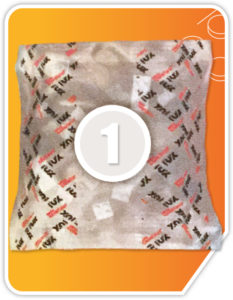 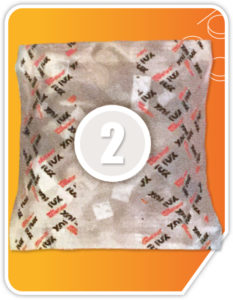 The lower half of this pic shows the pieces from bags 1 and 2. All pretty standard parts by now. 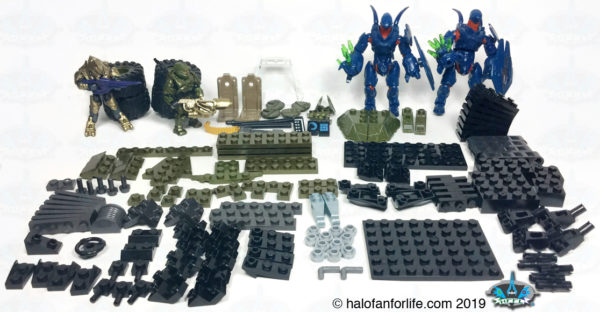 The build of this warthog set using techniques from some of the modern warthog sets as well as a little bit from the older sets. If you’ve been collecting and building the warthog sets up to now, most of this will be very familiar to you. It’s an easy build. No struggle with instructions at all. 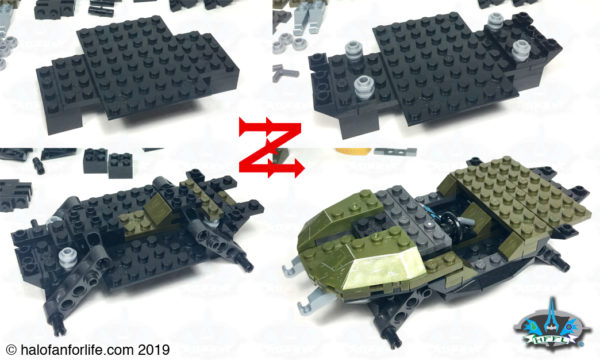 This is what you have at the end of bags 1 and 2.  I should mention here that I am really happy with the decision to go with a metallic green instead of the camouflage green that Mega used to make. This makes the sets look cleaner, whereas the camo was too random and didn’t synch up from piece to piece, making some build look choppy. 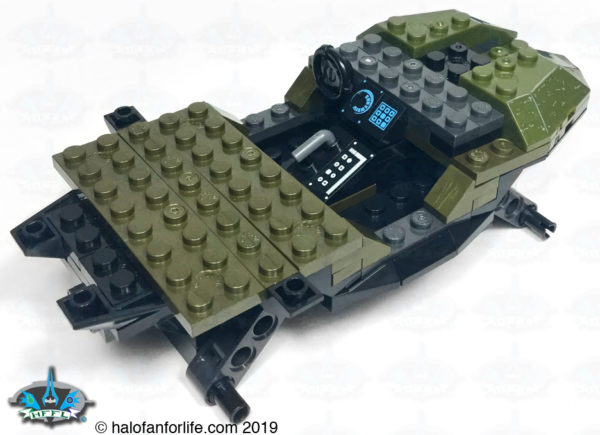 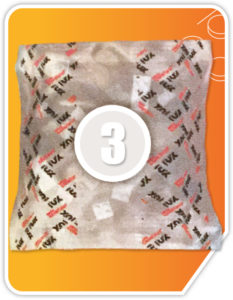 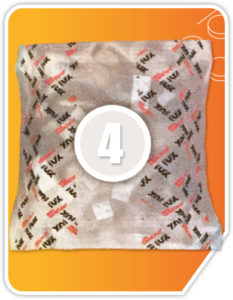 Below in the bottom half of the pic are the parts for bags 3 and 4. 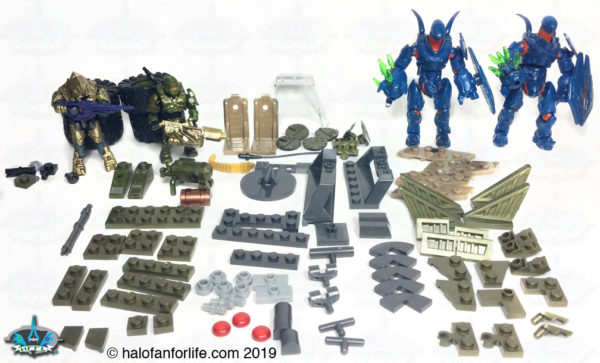 There isn’t much left to build at this point, other than the windshield, side plating and machine gun turret.

Add the wheels and she’s complete! This is a very nice looking warthog. Classic style with a mostly modern build! 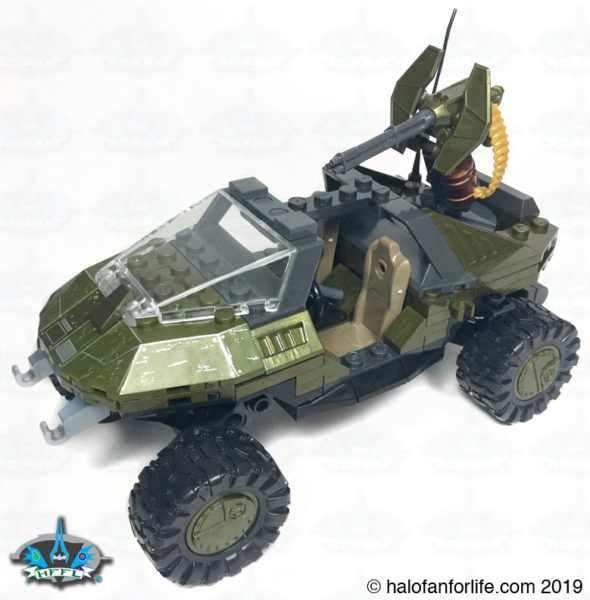 Now on to the figures! 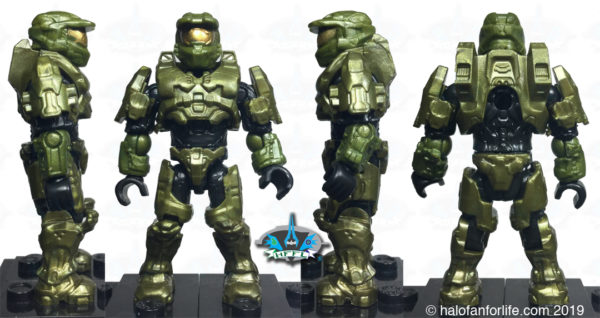 The Arbiter: Much debate has ensued as to the color of the Arbiter’s armor. Whether your a fan of the silver of gold variants, THIS figure is AWESOME!

Hunter (Mgalekgolo):  There are two hunters in this set and they are the same. So, I’m only showing one here. This version is the latest one by 343. So technically it doesn’t fit in the timeline of the set. Mostly though, thats just the large shield. (I much prefer this shield anyway, so I’m happy it was included instead.) The Hunters are hulking beasts of figures. That we get not one, but TWO of them in a $30 set is FANTASTIC!

Here in this 3/4 top view, you get some sense of the scale of the Hunters versus the Arbiter and Chief.

I had these parts leftover from the build. The two 2×4 bloks were stabilizing pieces. 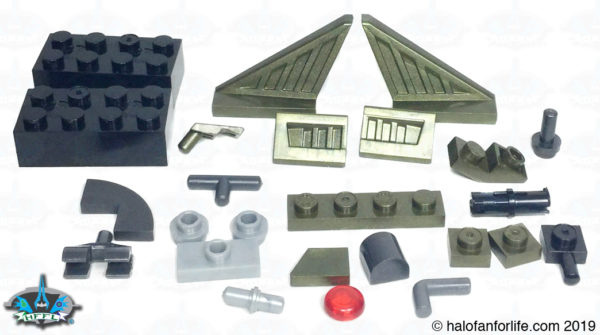 And here is the completed set with figures in place! While a Warthog is tough, I don’t think it can withstand a direct hit by TWO Hunters! 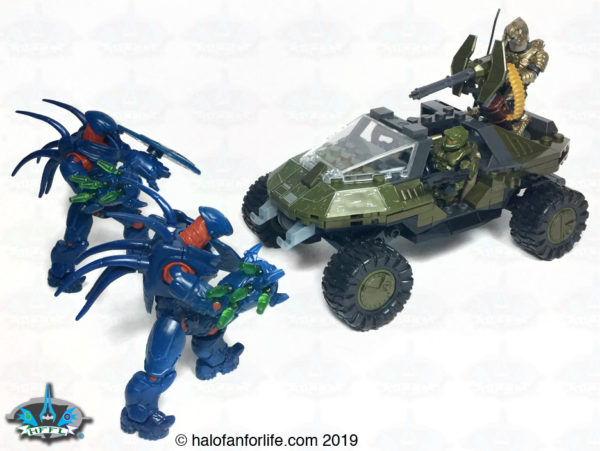 BONUS!
The back page of the instruction manual has this great shot of most of the Warthog builds from over the years. Notably missing is the rare HaloFest Black Machine Gun Warthog.  Still, this is an AWESOME mini-poster!!! 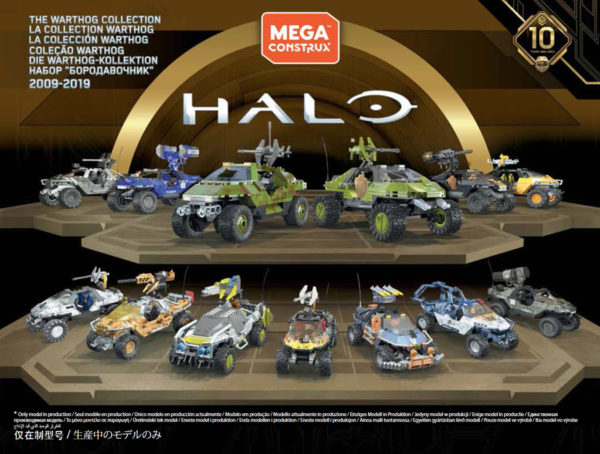 Summary: The set’s build time is relatively short. You should be able to complete it in under an hour. The build itself is a mix of mostly classic Bungie and some modern 343 Warthogs. Though the build technique leans much more towards recents versions of the warthog. Having both Master Chief and the Arbiter as well as two Hunters makes this set an excellent buy for figures.

Overall Rating: I give this set 10 out of 10 medals.
Why did I give it a 10 out of 10?
• The inclusion of BOTH Master Chief and the Arbiter as well as TWO Hunters is an extremely good selection of figures for a small set.
• The Warthog itself is a good blend of styles from over the years. I especially appreciate the new metallic green used for both the Warthog and Master Chief.

Given that the set costs $30 US before tax, I find the value of this set a above that of the retail price. In fact, given the character choices and that it has two “big figs”, I think this is an EXCELLENT value.

Do I recommend it?  Definitely! As stated, it comes with two of the most iconic characters in all of Halo as well as two Hunters. The Warthog itself is a good build. Everything about this set is just right!