I have been waiting a long time to get this since I first heard it was in production around late September/Early October. Then when I saw it in person at New York Comicon last year I just KNEW I wanted this set.

Okay, so there were some snags in this set, which I’ll go over, but stick through til the end. I promise the set won’t disappoint.

The price is pretty good for the piece count. I was missing several parts when I checked the pieces against the parts list. Still, I proceeded to put the set together, knowing I’d be calling Mega Brands on Monday to have the missing parts set to me.

Normally that alone would really put me off to a set. However, since I had seen this in person, I knew the set was going to be a fun build regardless of the missing parts.

Without further ado, here is the pictorial review with commentary (click the pics to make bigger). 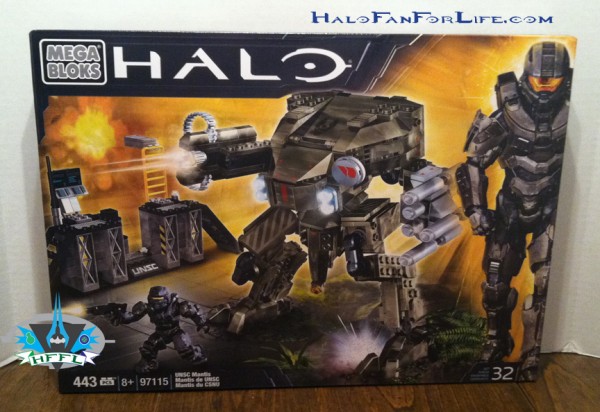 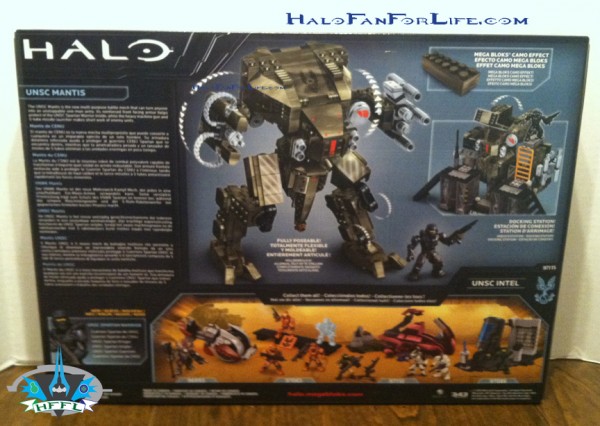 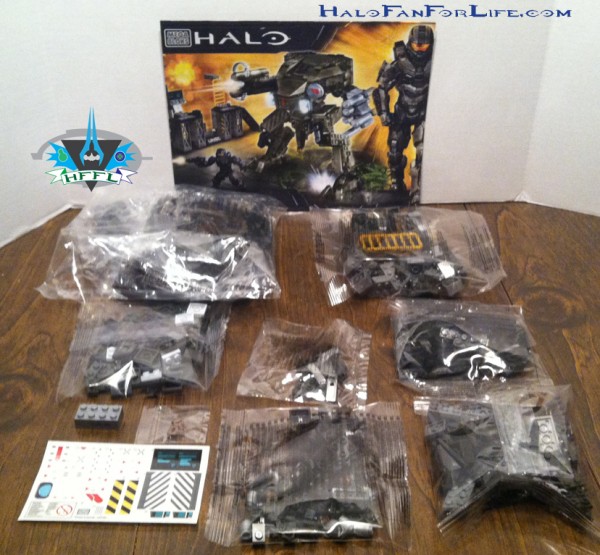 The pieces are sorted

Upper body being put together

The upper body is complete except for a missing part. I’ll make note of that in a later pic. 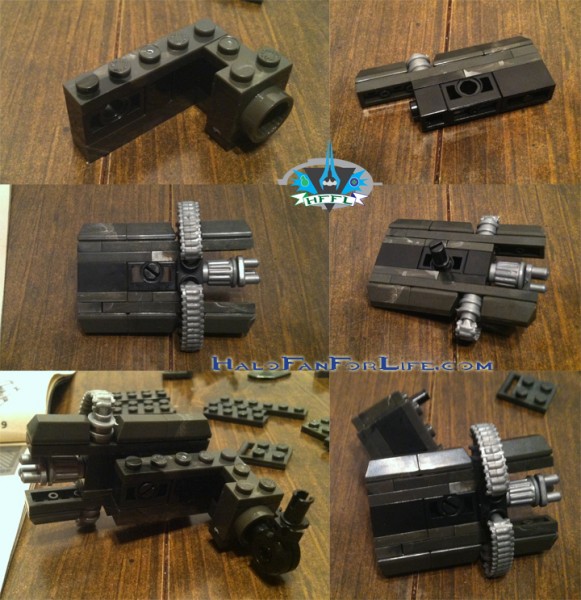 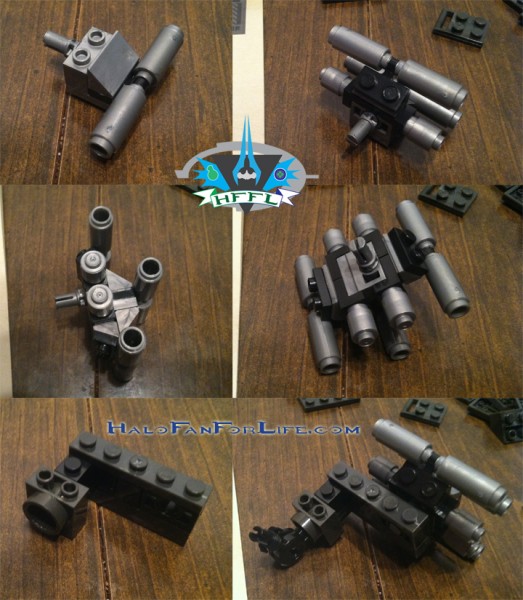 This arm is missing two parts. Again, I’ll make note of the in the next pic. 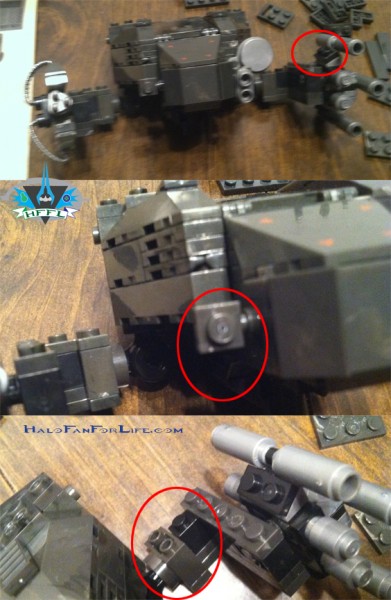 The circled areas denote where there is a missing part.
• Upper-missing 2X1 reverse slope on the rocket launcher arm
• Middle-missing 2X1 modified double round piece
• Lower-missing “T” piece. This one was a bit critical as not having it makes the arm very unstable. It comes off way to easy without this piece.

The legs were the same build (just mirrored), so I’m only showing one leg here.

I made a slight error building this section. Top row second pic shows 2 elbow plates in the wrong postion. I fixed that in the lower first pic. 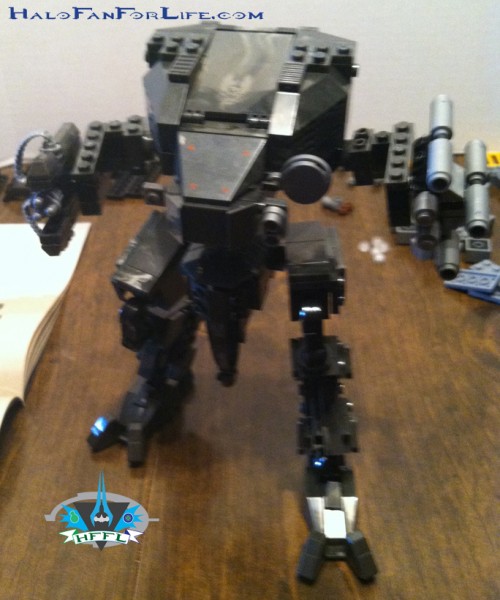 Sorry for the blurry shot here. Some better ones are to follow.

So at this point, I was missing 6 parts. Nothing too major, but the “T” and pin parts are fairly important to the stability of the Mech.

Now on to the Docking Station. 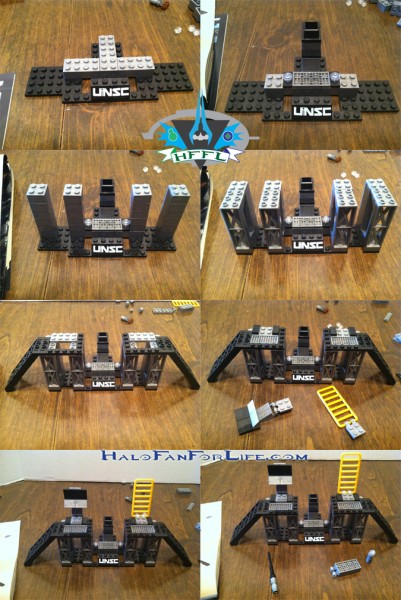 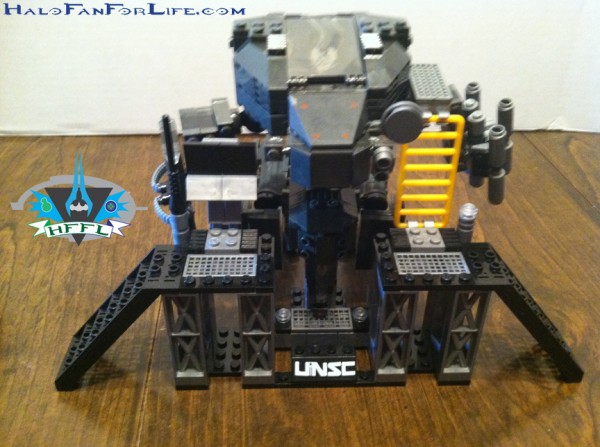 Now this looks good, however, I’m just not satisfied with the docking station. There is nothing like this in-game. So I took the dock apart and remade it with the left over parts. Speaking of… 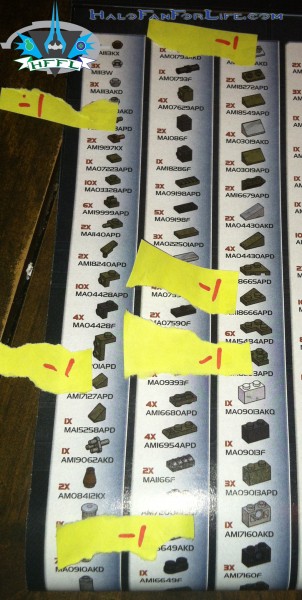 Here I found the culprit of the missing pieces. Looks like this bag was crimped at the wrong place as there seems to be a burn mark (top circle). The bottom circle denotes a tear in the bag before the parts were removed. Makes sense as I had some loose parts in the box. I thought they might have just been extra. Turns out they weren’t. 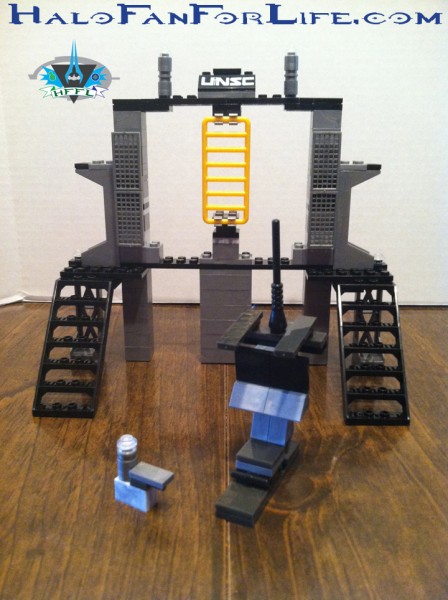 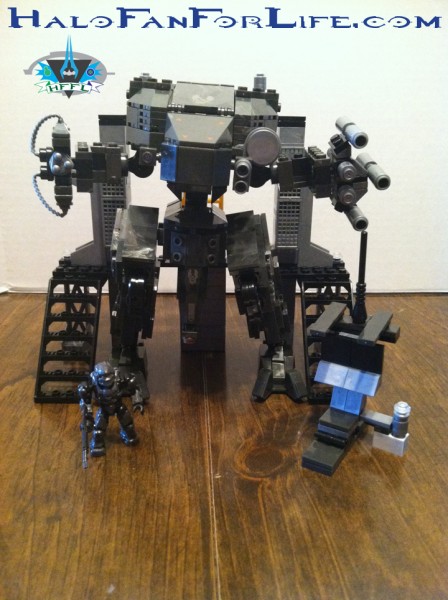 And here is the set finalized with the docking stations redone and the computer station added to, plus the minifig. I like this set up better.

Summary: This set is fantastic. Having to deal with missing parts really put a damper on things. But I got through it and hope to get those missing parts soon after the order for them is made. The Mantis itself is superb. I love the details and the joint system for this set is by far better than any previous jointed sett to date. The loading dock was really not needed, though it’s nice to have for set dressing. Getting rid of that though, the price could have been knocked down $5-7 and I’d have been perfectly fine with that. Since we did get the loading dock, I wanted to make it something closer to what is in game (aboard the UNSC Infinity). The minifig is awesome as they usually are.

Overall Rating: 9.5 out of 10 medals. It would have hit 10 of 10 if not for the missing parts and the docking station not being necessary. Still, it’s a FANTASTIC set and one I HIGHLY recommend! In fact I’m planning on getting multiples when I can get them on sale.