The price is okay for the piece count. I go by the average 10 cents per piece, so by that rule the set should have been around $18.50. However, it needs to be noted that there are a few NEW pieces/molds here. Names the Spectre’s hatch and the missile pod. I hope it’s not the last we see of the pod and my gut says it won’t be. Anyway, Mega needs to account for those new molds. So a slight price increase isn’t bad. Especially when we get the uber cool Honor Guard. So it doesn’t come in white in the game. That really doesn’t matter. It’s a GREAT fig. Besides, I’m going to say this one is the head of the Honor Guards. The marine while utilizing same molds has a unique paint appplication. And I LOVE it! I hope to see more marines like this in the future.

Okay, enough of me talking, onto the pics! 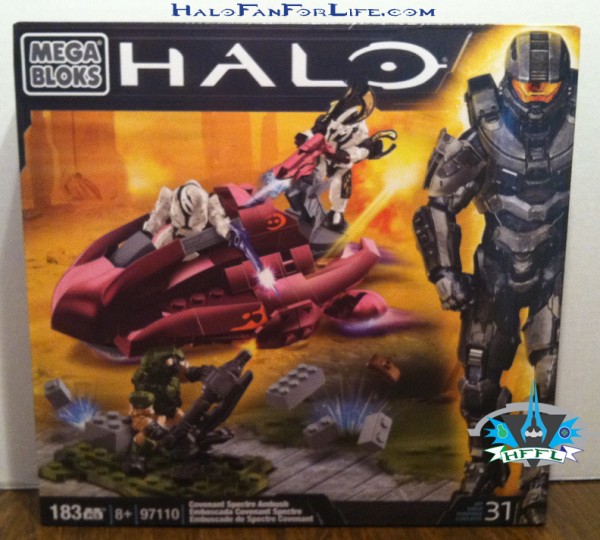 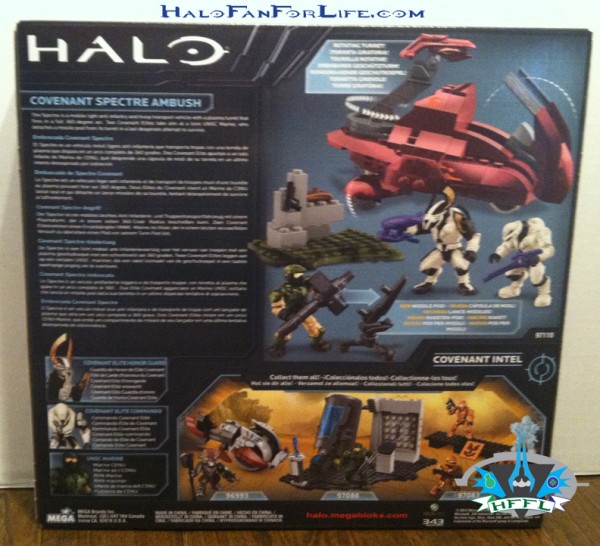 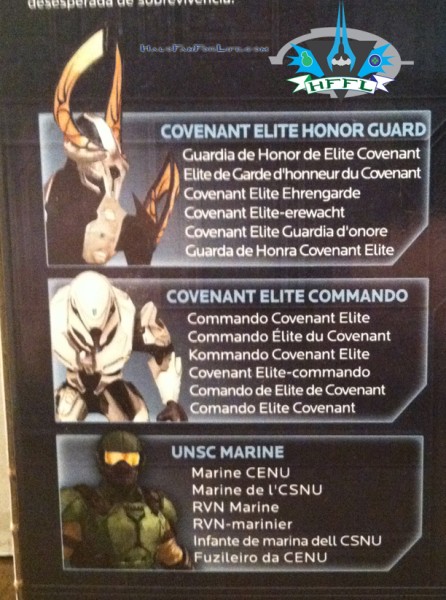 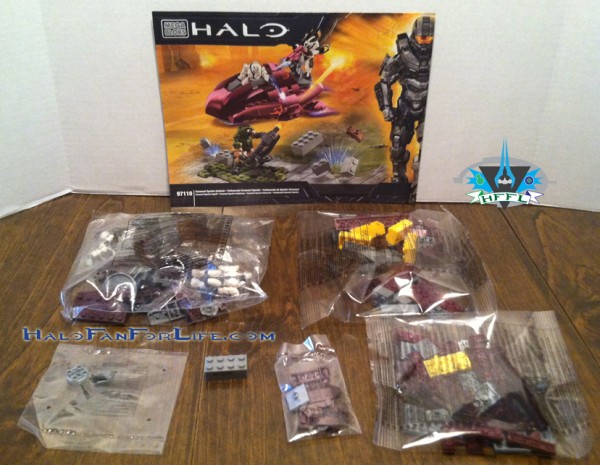 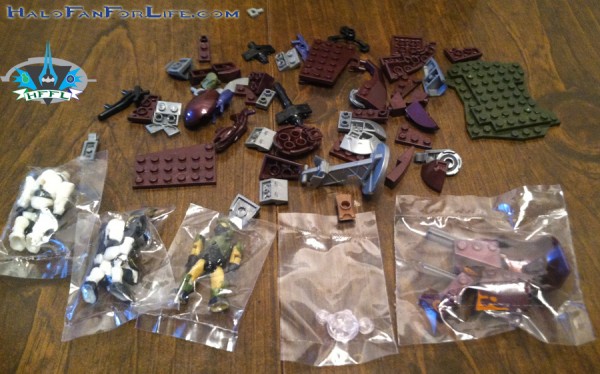 Contents of the big bag in upper left of previous pic.

Pieces all sorted out. 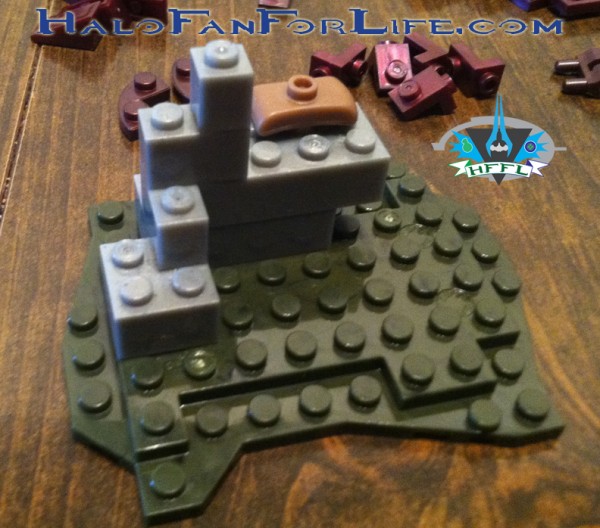 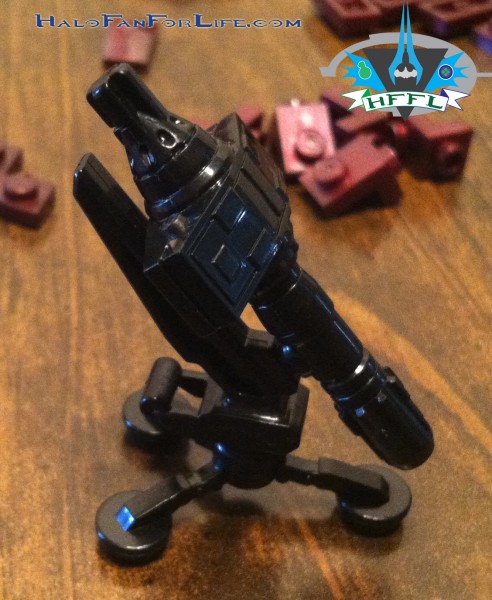 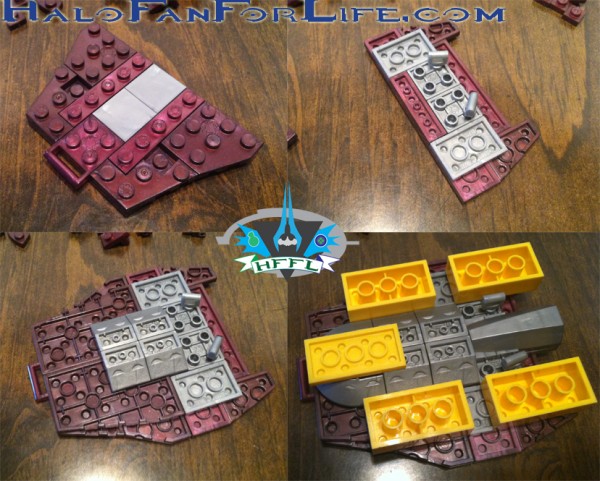 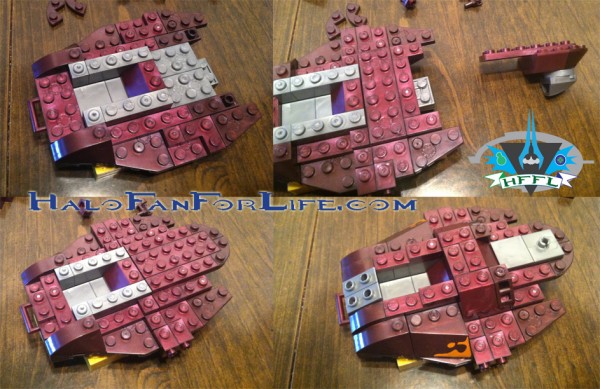 Next few build steps of the Spectre 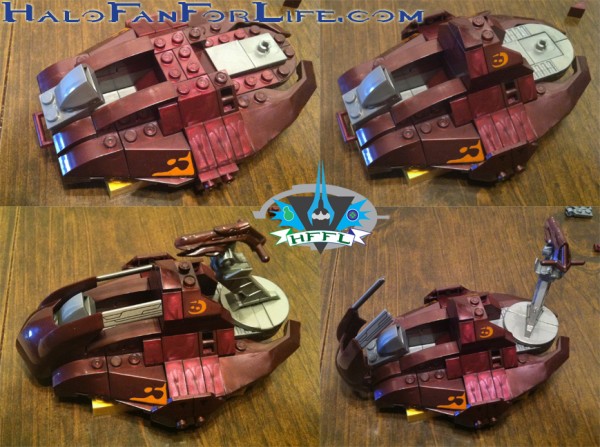 Near the end of the build steps of the Spectre

Though this is a small vehicle (smaller than I thought it would be), it has a nice aesthetic. I really like the wine color of the bloks. Just like it’s Revenant cousin. 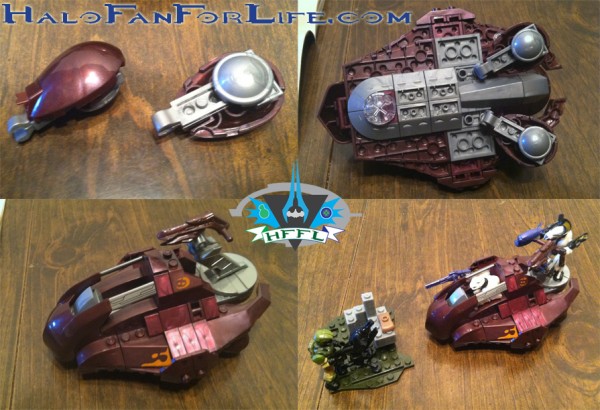 Final build steps of the Spectre

Normally building blok sets ignore the underside of vehicles. Not this set. I’m VERY happy Mega paid attention here and did the bottom justice. Those bottom rounded pads look great and slide along a smooth surface nicely. (well not that I play with mine, I heard this…um yeah, that’s what I’m going to go with here…) 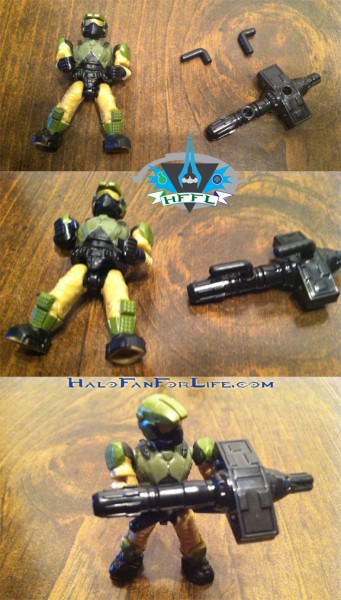 Missile pod detached from mount. It can be attached to the Marine via “L” hook pins.

Left over pieces and what I made from them.

Summary: This set is fun little set. It’s a quick build, so you can get your Covies attacking the UNSC quickly! (Or display it like I do-again I don’t play with my sets….) The missile pod and accompanying Marine are fantastic extras to this set and help to justify the cost. At $23 it’s a good value. Again with some new molded parts, I don’t mind the cost at all. This is the one vehicle from Halo 2 that I really wanted, so I’m VERY happy Mega made it. The Honor Guard is just and awesome figure and it’s nice to have another Ascetic Elite.

Overall Rating: 9.5 out of 10 medals. Other than I think it should have been a little bigger, this set nails the blok version of the Spectre very nicely. This vehicle is fairly obscure and again I’m happily surprised it was made. While not an iconic vehicle, it has a lot of play value to it. I definitely suggest getting it, especially if you like vehicles from Halo and wants some Covenant variance.