These sets are great for filler to a diorama. The added Die Cast figure is nice and if you happen to bump another die cast against it they make a nice “clink” sound, telling you they are indeed metal. The plastic figures are a little soft. That’s not a bad thing though. It means you shouldn’t have an easy time breaking those. I suspect they’ll hold up to semi-rough play, though don’t let them near baby or animal teeth… When taking these out of the package I recommend popping them out from the bottom, rather than trying to pull them out from the top. Seemed to work easier for me.

As you can see in the pics the microfigs are imprinted on the under side of the base with the Mega Bloks logo.

For the price of $6-7 these sets hold their value. At $1 or just above each, their great. Certainly the Die Cast figure will be the hot one for collectors.

There are actually 5 different battle packs. I got these two at Toy Fair. The others will be reviewed at a later date once I have them in my hands.

Overall Rating: This is a new line and can figure in well into just about any Halo diorama as background figures or a totally small scale diorama. I like the blue set just a tinge better because it has the game accurate copper grunt. I give these sets both 9.5 medals out of 10. I just a slight bit concerned for the soft plastic, otherwise these would have received a full 10 from me.
And now for the pics: 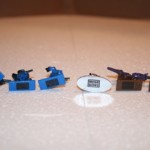 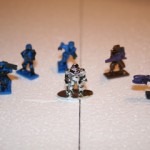 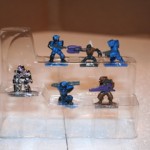 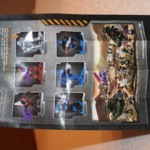 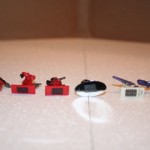 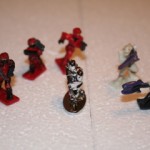 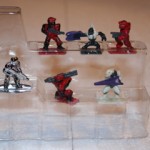 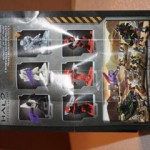 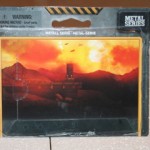 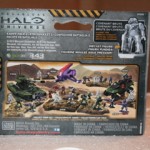 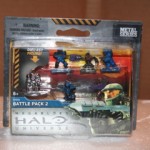 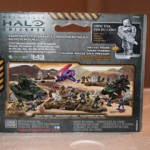 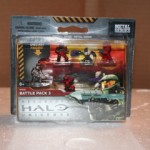 I hope you enjoyed reading this review as much as I enjoyed writing it. I also hope you found it informative. All in all a great set. I recommend getting it!