Just revealed, here is Vertigo. It’s an asymmetrical map. The video shown at RTX shows this map has lots of places to traverse about to kill your enemy. A very cool section in the middle enables both teams to activate either of two shield DE-activators. Essentially this makes anyone caught in the EMP a ONE-shot kill!

First up lets start with the concept art, then we’ll move on to the actual screenshots from the in-game map:

This piece titled Cavern shows the “back” of the map. You can’t cross to the other side. It is separated by a ravine that presumably has a kill zone attached to it. 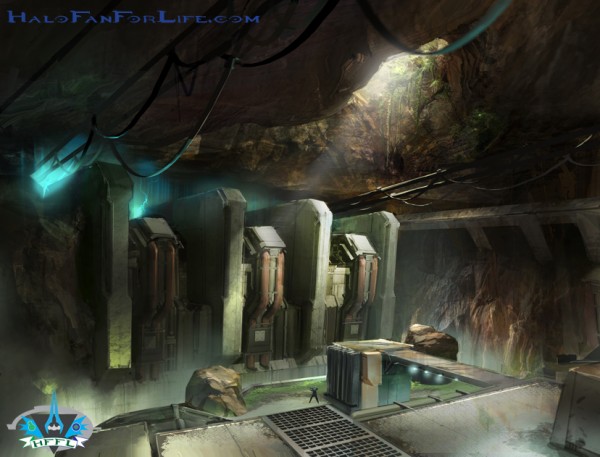 Next up is Fortified. During the RTX Panel, it came out that Vertigo tested the best for Extraction. Looks like maybe Dominion too? Hmm.. 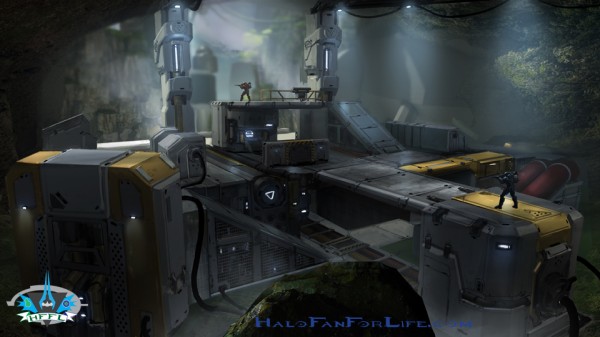 Next is Harness. This is a good concept shot showing the energy poles in the distant areas of the map. 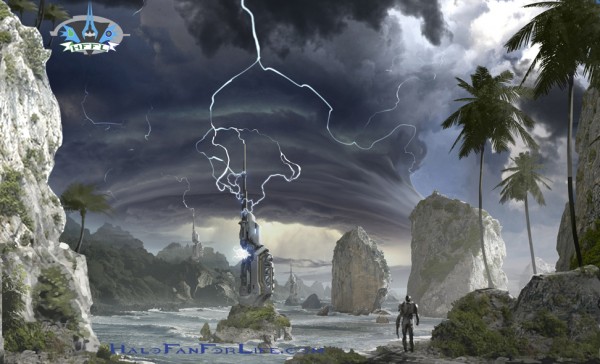 This next shot, “Imminent” shows an approaching storm, still off in the distance. I love the foreboding look of that storm. 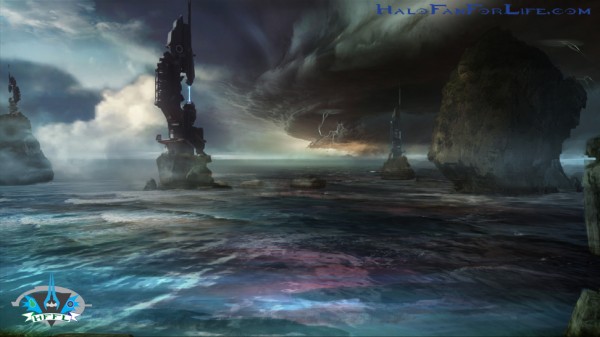 Here we have the concept for the energy spire: 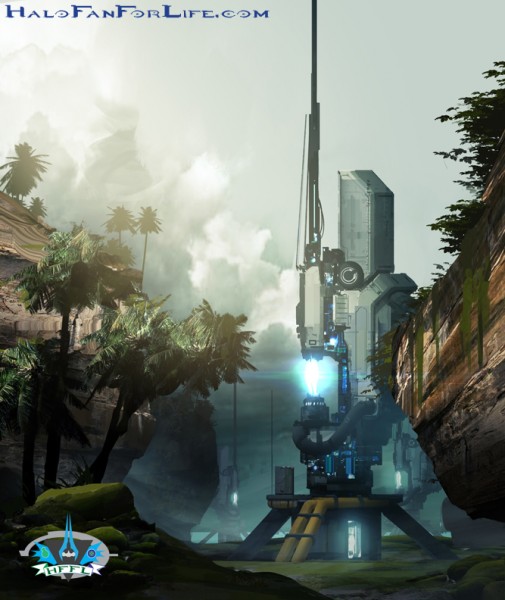 This playspace (above) is one of the locations of the EMP blast area. With grav lifts and various ramps to get to, this looks to be one of the key areas to hold on the map, just watch out for that ZAP!

We move on to Unnatural. Below shows some of the foliage you’ll encounter on this map.

Another shot of the spire, this concept piece shows more of building look, which is not what the final map is like. 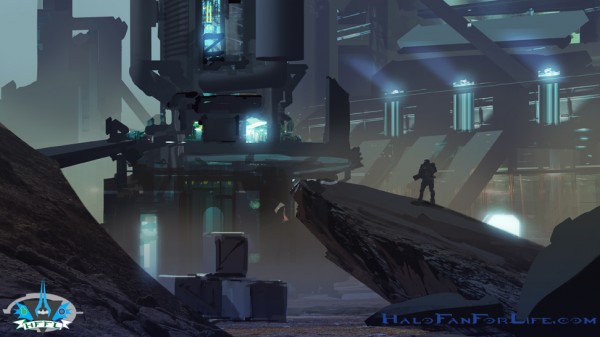 Voltage, seen below, once again highlights to spire. Note the red button on the outside of it! THAT is what you shoot to activate the spire’s EMP blast. 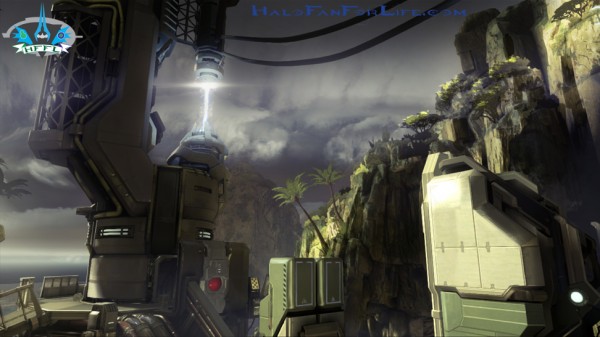 The first in-game shot, “Charged,” gives us another glance at the spire. The rock/cliffs are reminiscent of Exile in a way. 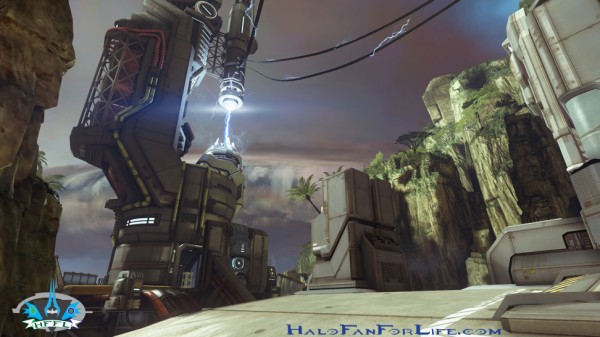 In this next shot, Hideaway, we see the back of the map has some surprises of it’s own, namely side paths to take to either snipe from, or avoid being shot at. 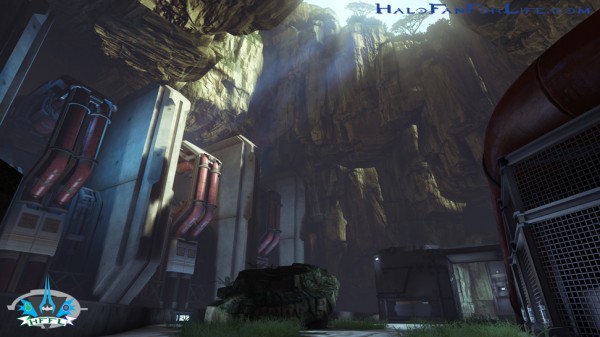 Here we see the bottom level of the spire, this pic being known as “Installation.” Note the pass-through. There is also a grav lift in that room. 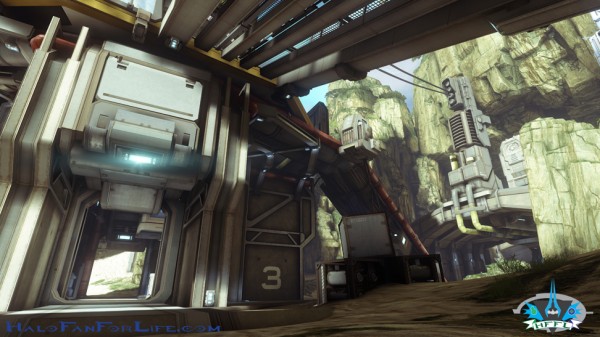 And finally a shot from the back of the map, once again looking at the spire, this shot is called “Power.” 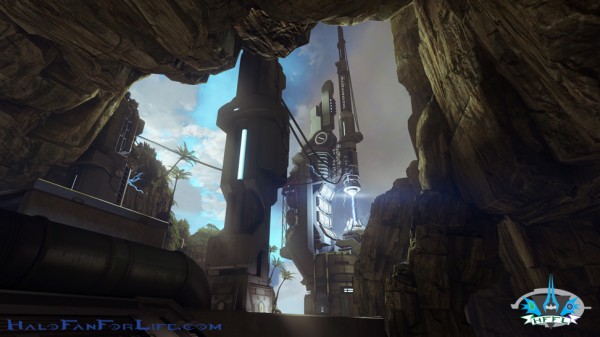 This map looks to be a lot of fun to play on. There needs to be an associated story with this map. Too bad there won’t be anymore Spartan Ops. This could have been a great map to use for it…

I’m taking a quick break for dinner. Then I’l be back with concepts and in-game shots of Pitfall, the remake of The Pit. One of my favorite Halo 3 maps!!!

1 thought on “A look at “Vertigo” a new map from the Champions pack!”