I am SO happy this map has been remade. It is one of my favorite from Halo 3. The art direction taken with this new version is fantastic. Certain Affinity really outdid themselves here and certainly pushed the limits of what the 360 can do/look like. This map looks like it could be an XBOX One map, it’s THAT good!

On with the pics.

First the concept art.
In this first shot, we see how the Pit looks after having long been unattended to, in “Abandoned.”

At center of the map is “Echoes.” This is an eerie take on this hall. I love the way light is pouring in. In fact lighting is done SO much better than the original Pit everywhere on this map. 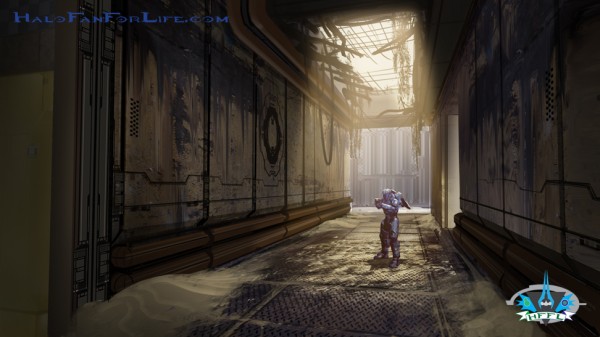 Exposed shows us this lighting, as well as comets coming in. The background for Pitfall is definitely a bold new take on the classic map, and ALL for the BETTER!

Here we see what’s outside of the map in “Frying Pan.” (This would make a great poster!)

On presumably Red base’s side of the map (by the color of the flag and “dat tarp,” we have “Remnants.” 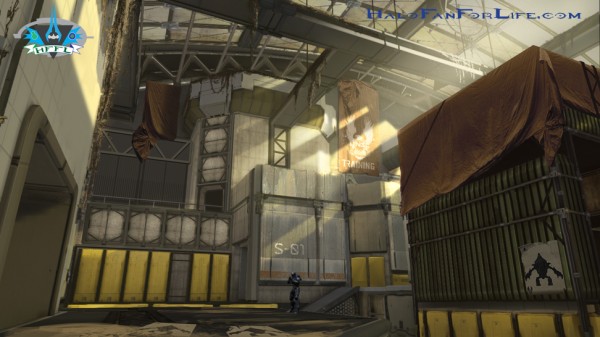 Now we move into the in-game shots. First up is Broken Cover.

Just LOOK at the lighting for a minute. While it definitely say “PIT” this remake has a feeling and texture of it’s own.

In this next screenshot, it’s been dubbed “End Zone,” and with good reason, as that’s the scoring area for Ricochet, the new gametype coming with the Champion bundle pack.

Finally “Sightlines” gives us a great look down “longhall” towards where rockets spawn. 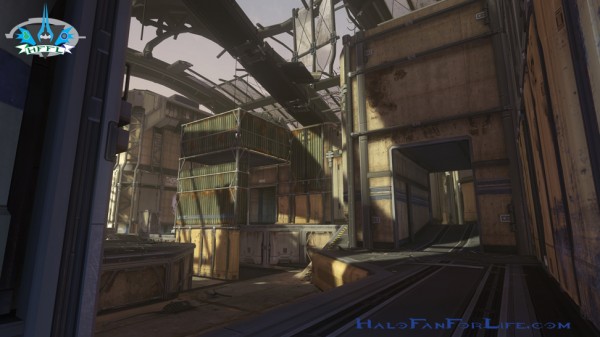 I can’t say thank you to both Certain Affinity for recreating such a masterpiece and 343 for deciding to bring this one back!

I can’t wait to play this again on Aug 20, when the Champion Bundle pack comes out.

1 thought on “A look at a remastered classic Halo 3 map “Pitfall” from the Champions pack!”