So do you want a Football/Grifball/Shoot ’em style gametype?

Well, look no further, because Ricochet is about to DROP!

Ricochet uses a special armor skin only for this gametype, also called Ricochet. The helmet has faceguards on it like American Football helmets do.

In this gametype, the objective is to get the ball to the opponents goal. You can do this by trowing it into the goal OR running it in. Running it in nets you more points than tossing it in. Still, there is a LOT of opportunity here for team play. On top of this, you get a cadre of weapons to play with, unlike Grifball that only has the Sword, Hammer, and of course the ball.

Here’s a look a game play through screenshots of Ricochet:

As you can see in the pic below, there is the faceguard I mentioned. The ball is different than the ball in Grif, or so it appears to be. 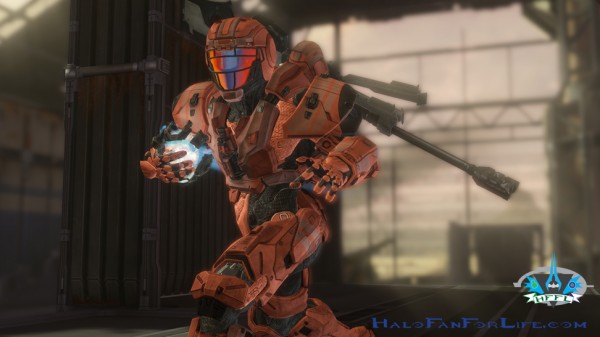 Next we see Red Team on the move in Ricochet. Note the Covenant Carbine in the front Red’s hands. 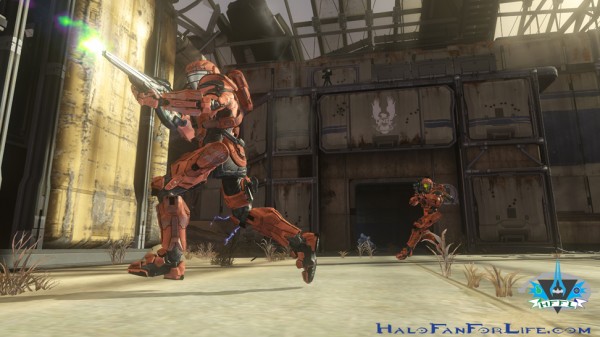 This blue is out to nail someone with a BR or his back mounted shotgun! 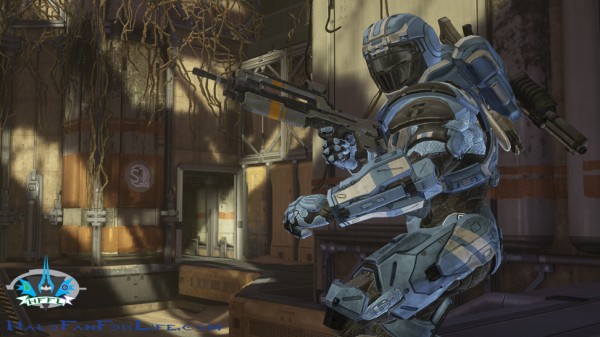 Red is moving in for the score! 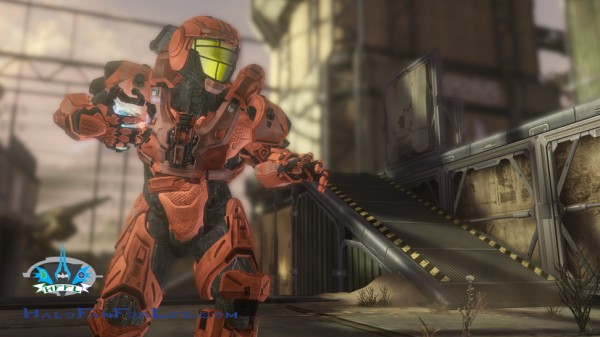 And finally, we see why this next area is now called the “End Zone.” 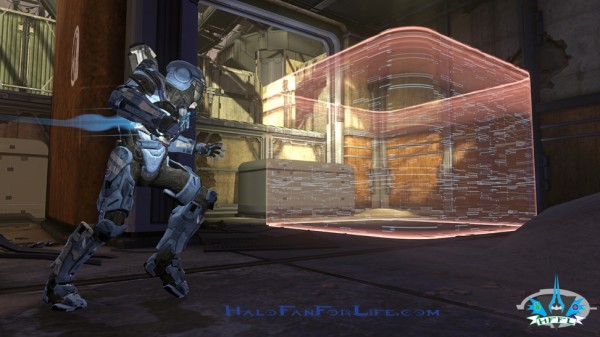 Wow, this looks like a lot of fun. Like I said at the beginning of this article, I’ve been wanting to make a football style game since Halo 3. Ricochet looks to make this totally possible! I wonder if this can be played on Forge World??? Hmmmm…